How local retailers are stacking up 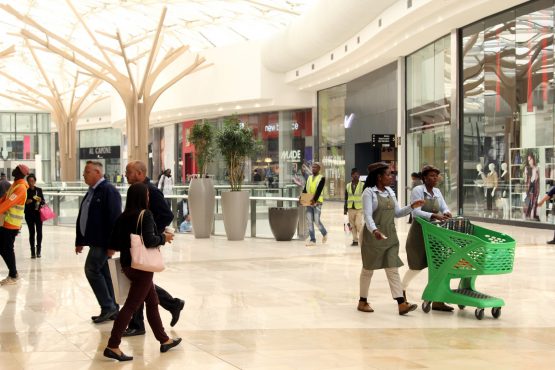 With a number of retailers having recently reported full year results, we take a brief look at the risks, valuations, outlook as well as the comparison of those counters which derive a significant proportion of earnings from apparel, namely Mr Price, The Foschini Group (TFG), Woolworths Holdings and Truworths International.

Conditions within the sector remain challenging, particularly in South Africa where consumers remain under pressure as high levels of debt balance against a rising interest rate environment, in an economy where growth is slowing and possibly even contracting.

A weaker rand remains a relative risk to all retailers, as it presents higher product inflation which is becoming increasingly difficult to pass on to what is an already-constrained consumer. New international retailers having arrived in the country have added to what was already a competitive landscape.

However, all four retailers have performed relatively well, producing a very high return on equity for shareholders and strong sales and earnings growth over the last financial year, despite the aforementioned conditions alluding to the inherent strength and calibre of these locally-listed counters. TFG and Truworths International would have seen their respective sales and earnings figures boosted by recent UK-based acquisitions, as the companies’ have started to diversify revenue streams outside of South Africa. The exposure into the UK market (Truworths in particular) while providing access into Northern Hemisphere markets, does pose some concerns going forward, as uncertainty remains regarding the full implications of what the British exit from the European Union (Brexit) will be.

Woolworths, through David Jones and Country Road, now sees more than 40% of its operating profit generated from Australasia, which in turn provides a larger diversification for the company away from its dependence on the South African economy.

The Mr Price Group has also entered into the Australian market through the home division. However, with only two stores therein to speak of, this has not yet provided any meaningful contribution to earnings but rather increased capital expenditure which is yet to be recovered.

New affordability regulations introduced by the National Credit Regulator (NCR) are starting to impact credit sales, of which Truworths and TFG are most exposed, as both realised over 50% of sales through the use of credit in the last financial year.

Truworths has attributed around R250 million in terms of a negative impact in credit sales from the new regulations, while TFG has stated that “many credit-worthy customers are now prevented from obtaining access to credit.”

On current price to earnings (P/E) multiples, relative to the headline earnings growth being achieved, it would appear that Truworths International may be trading close to fair value and Mr Price at a slight premium to growth at present, while Woolworths and TFG appear to offer a marginal pricing discount at current levels.

In terms of historical yield, all four retailers have offered a good return in terms of dividend, although TFG and Truworths lead their respective peers in this department.

A look at a consensus of analysts ratings (as surveyed by Thompsons Reuters), finds TFG and Woolworths emerging as the longer-term market favourites with an average broker rating of ‘buy’, while Mr Price and Truworths find an average rating of ‘hold’.

Truworths, having obtained the most ‘sell’ recommendations by market professionals could be deemed the least favourite in current market conditions, as risks to the group’s outlook in both the UK and South African markets as well as a large dependence on credit sales amidst a tightening regulatory environment weighs on the company.

While it is debatable whether TFG or Woolworths is the preferred retailer when looking at the average ratings, a further case may be made for Woolworths with its higher LSM target market and its proven resilience to a weakening consumer climate. The young addition of David Jones to the Woolworths stable will also find increasing importance in the group, as synergies of the acquisition start to manifest.