Impact of cabinet reshuffle and credit downgrades better than expected.
By Wayne McCurrie 9 May 2017  00:44 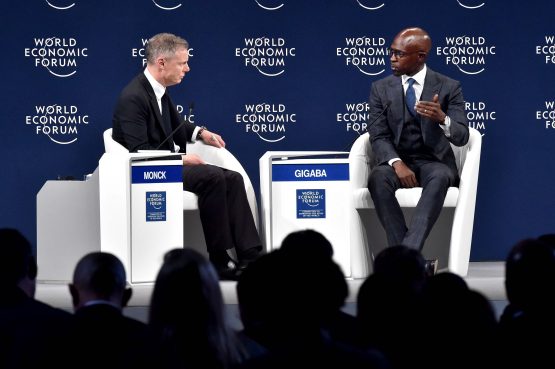 Globally, we’re seeing a generally favourable scenario with forecasts gradually being increased. A growth rate of +/-3.3% for 2017 and 3.4% for 2018 is expected. The euro area’s outlook has been improving for a while and the French election result will certainly boost sentiment.

Inflation will increase quite materially this year (off a very low base) and then stabilise around 2.0% for developed economies. We anticipate the US Federal Reserve will increase interest rates twice this year, despite a relatively poor growth in the first quarter.

Of particular relevance to South Africa, Chinese growth should still be above 6% for the next two years, but understand clearly that the growth rate will steadily decline, coupled with the shift from fixed investment to consumption. While not dramatic, the growth in demand for basic commodities will also decline in unison.

Surprisingly, the outlook is a little better than directly after the cabinet reshuffle, but (unfortunately) for the wrong reasons. Growth is still low and forecast to be so for the next three years, somewhere between 0.7% and 1.5%.

The reason the outlook is a little better is that inflation will probably be lower than expected and therefore there is less pressure on interest rates to rise. Everything else being equal, there is probably a bigger chance of an interest rate cut than a rate hike. However, as we have discovered on many occasions in South Africa, “everything else being equal” is not a natural state of affairs!

Our house view at Ashburton is for interest rates to be on hold for the next year.

Unfortunately, the reason behind a better inflation and interest rate outlook is a very poor SA consumer outlook. Ironically, the reason for better news is the terrible outlook for the consumer. But I suppose that it is still good news that inflation is most likely to be lower and there is less pressure for interest rates to rise, even if it is because of “bad news”.

Again (surprisingly) there is actually some good news here as well:

The rating agencies will view this positively.

Ultimately, all will eventually boil down to what happens to government finances and debt. As we all know, there is no margin of safety at all in this regard. Make no mistake the new finance minister has been given a hospital pass. The cabinet reshuffle and the harm it has caused is an already precarious situation. Tax revenue is under pressure because of the poor economy and it is virtually certain (again all else being equal) that the revenue target will not be achieved.

He only has three choices:

If we believe the finance minister and he maintains current policy:

Then guess what? More taxes are on the way:

So again, next year there will be very little, if any, “bracket creep” relief and even possibly a higher tax rate than the 45% currently.

But if the finance minister “walks the talk” and sticks to the budget and borrowing ceilings:

It is possible that SA will get no further credit downgrades.

Well, to be honest, much better than what you would have expected:

Foreign buying. The difference in yield between SA and the developed world is very attractive.

Just think where we may be on the rand and interest rates/growth rate if the cabinet reshuffle never happened. But then again – don’t cry over spilt milk.

The biggest impact is on sentiment.

Foreign investors may like the yield difference, but they will be far less inclined to commit to long-term investments.

We are now forecasting that this part of the economy will actually be negative for the next two years (pre-cabinet reshuffle our estimate was zero, not good but better than negative).

While there is slightly better news on inflation, interest rates and junk downgrades:

But at least the finance minister is talking the talk – let’s see if he walks the talk too.

This is really scraping the bottom of the barrel for some good news. The fact of the matter is severe damage has been inflicted on SA over the past 18 months through some spectacular own goals. Soon we may not be crying over spilt milk, but rather over NO milk.

The elephants in the room have not disappeared. The ANC has systematically failed to deliver over 23 year and the people feel betrayed. There is a growing vilification of JZ and no plausible replacement prospect, which includes Cyril. JZ can, and probably will snigger his way through more mayhem and destruction before 2019, not least of which is going to be an attempted amendment of the constitution to declare himself president for life.

So while we’re kicking over sand-castles in our globally rather irrelevant back yard, the rest of the developed world will be growing at 2% – 6%. Space-X, self-drive cars, cures for diabeties in mice, artificial intelligence, etc are just a few contributors to these growth nunmbers. With our population growth rate exceeding our dismal forecast economic growth rates means we will be going backwards in leaps and bounds together with our global competitiveness.

We must think bigger. SA has to become globally more relevant. We need to create long term, sustainable social reform policies that will eventually see many more South Africans being able to contribute competitively. We are currently heading in the opposite direction which is gong to see SA in a Zim-style decline to a per capita GDP of $200.

Why did Zim decline after a promising start? So the elite could stay in power at the expense of their own people.
We did our own people in from the first day with the Arms Deal.

Wake up. Do you really think we had the change to make things better? Of course he is going to say that, even the Denel thing is a smokescreen.

Nice try Wayne unfortunately the man in the street is taking pain- every retailer i speak to says PEOPLE DO’NT HAVE MONEY.
Building contractors i know have had a private homebuild for R30 million and a school of R100million cancelled at the last minute after jz783 shuffled the chairs on the Titanic
NO CONFIDENCE ,NO CONFIDENCE ABSOLUTELY NO CONFIDENCE.
Transnet only managed to raise R40 billion of the R200 billion bonds they were offering- who would trust their money with thieves???