It is time to hold the individuals behind corporate and financial malfeasance to account.
By Jerry Schuitema 12 Jul 2019  00:22 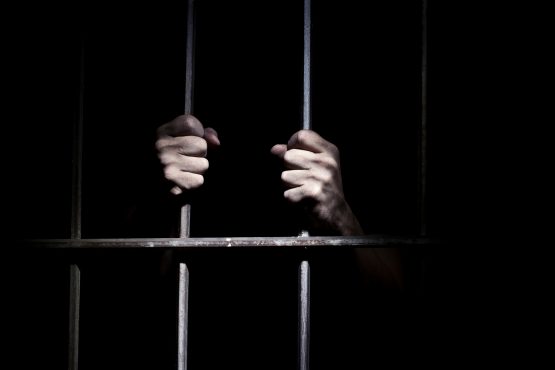 Legislation might never be able to be keep up – and will be less necessary when naming and shaming are severe enough punishment on their own. Picture: Shutterstock

Justice is the supreme condition that makes societies work. Few things can drive people to greater anger and frustration than when justice is seen not to be done. Yet it has been a feature of modern times that massive misconduct, white collar crime, and tax and price manipulation have gone unpunished, with perpetrators hiding behind corporate structures and complexity shields.

In the last 10 years, after a financial crisis that exacerbated wealth inequalities and devastated millions of lives, public frustration and anger has grown to outrage. A recent Aljazeera documentary noted: “The economic crisis that eventually followed had a devastating impact. From 2008 to 2011, almost 30 million people around the world lost their jobs, according to the UN Department of Economic and Social Affairs. Officially, the US government also spent $700 billion in bailouts for banks, although some experts argue the numbers are much higher, in the trillions.”

Says Martin Wolf, chief economics commentator at the Financial Times: “Without the crisis, Brexit would not have happened and Trump would not be the president of the United States. This is a major turning point; you never know what it will be but the [economic collapse of the] ’30s transformed the world.”

I leave it to you to decide at which point in that continuum, often demonstrated in history, we are in.

South Africa is making an excellent case study of a faltering justice process; of justice delayed and denied. Never before in our history, including the 1995 Truth and Reconciliation process, has so much malfeasance and corruption been laid bare as we are currently witnessing through the Zondo commission of inquiry into state capture and the Mpati commission into the goings on at the Public Investment Corporation (PIC).

The conundrum that has been created is that the revelations and identification of deep and wide corruption are in themselves signs of a determined effort to come to grips with the problem. But the slow pace of legal action, conviction and sentencing have a counter-effect of widening the trust deficit. For President Cyril Ramaphosa this creates a paradox of being seen as resolute and a reformer on the one hand but weak and conciliatory on the other.

There is a sense that things are moving into higher gear, with the Special Investigating Unit (SIU) Special Tribunal announced by Ramaphosa in February starting its work soon on recovering money lost to corruption. But it is a moot point whether the continuum from finger-pointing to jail can ever be speedily and satisfactorily completed. Is the legislative framework adequate? Are the criminal acts too complex? Do we have the prosecuting skills to ensure appropriate sentencing?

These are questions that threaten the fight against corruption and public confidence in the process.

What is most sorely needed is to shift accountability from institutions and the occasional minnow to the big fish. Big names languishing in prison will go a long way to restoring trust.

Individual accountability is currently being examined in South Africa. According to Finn Elliot, associate director of financial services regulatory at KPMG: “Conduct regulation has recently been introduced into South Africa. It manifests itself most patently in the establishment of the conduct regulator, being the Financial Sector Conduct Authority (FSCA) and in the introduction of ‘a consolidated, comprehensive and consistent regulatory framework for the conduct of financial institutions’, in the form of the Conduct of Financial Institutions (Cofi) Act (currently still a draft bill).”

National Treasury’s explanatory policy paper accompanying the Cofi Bill requires improvements in financial institutions’ culture, including ensuring appropriate governance frameworks, and that decision makers be directly and personally held accountable for weak governance and abusive practices by the institution. This will be a vital pillar in ensuring that financial institutions better serve South Africans.

Elliot observes: “The focus on accountability is not just a South African thing; the concept of holding individuals within financial institutions personally accountable for abusive practices is becoming a regulatory focus area around the world.

“The UK, Australia, Hong Kong, Singapore and the US have all implemented forms of individual accountability and more countries are likely to follow suit over the coming years.”

Apart from the restricted focus on financial institutions, I have some serious doubts whether legislation can ever be comprehensive and current enough to keep up with rapidly changing markets and schemes. The real problem is much deeper, at a philosophical and moral level that for too long has assumed that wealth is generated mainly through the pursuit of maximum short term self-gain.

It is a grossly flawed interpretation of Adam Smith’s invisible hand. Legislation, fines and incarceration will be less necessary when naming and shaming are severe punishment on their own.

That’s dependent on our moral compass.

Name, shame and jail the corrupt, greedy and immoral ones in the private and public sectors.

“The real problem is much deeper, at a philosophical and moral level that for too long has assumed that wealth is generated mainly through the pursuit of maximum short term self-gain”

The author’s above-mentioned phrase can’t be nearer to the truth of what is actually happening currently in rsa at all levels of the society – one gets the idea that iso improving a company’s / individual’s financial state / wealth as a whole, currently the norm is to favor “quick deals” without taking any ethical/moral standard or the long term effect thereof into account for the entity involved in such a transaction.

What an excellent article. Thank you.
On a positive note, I believe SA is currently, slowly but surely coming to its senses and challenging the corrupt. A Gupta conviction will truly seal this positive move.
It’s possibly too much to ask for Zuma to face the music – that only happens in civilized countries!
But every citizen should support positive engagement with corruption on every level from Home Affairs, the Police, our Municipaliities and our Government.
To survive the future where basic resources like food and water become scarce we need to pull together and fight for joint survival of the species. This can only be done if we believe we share a common purpose.

sounds like the mugabe case. he totally messed up his country, is not in control of it anymore(who knows after all), is still floating around somewhere – hopefully not in south africa,- but was to date never called to account for his atrocious actions against his own country’s citizens and looting of state money.

How long has the trial of the delinquent Porrit and Bennet lasted, with the venerable judge Spilg residing. The average time for a case to be finalised and sentence to be passed, is as I understand, 8 months, with
some left hanging for many years.
The dysfunctional justice system has to be repaired, and the judges must start pulling their weight before we have any hope of the big fish being netted.

Excellent!!!
As mentioned-Have we got the prosecuting skills? Can’t even prosecute Magasuhle. How are they going to handle the Guptas who will be using our money to defend them?
Remember Zuma said If you prosecute me-I’ll spill the beans

Once again, spot-on. It is the lack of a moral compass that is the problem. The protection of “our own people” from the consequences of their unethical conduct is at the root of the problem. There is no quick fix. Good people will have to start from scratch to enforce and demand ethical values and behaviour themselves and by their friends and children.

“Because sentence against an evil work is not executed speedily, therefore the heart of the sons of men is fully set in them to do evil”. Ecclesiastes 8:11