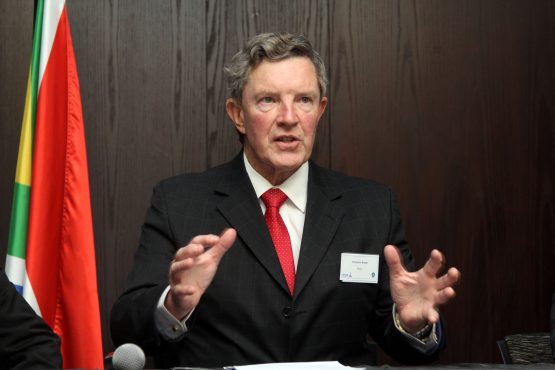 The release of the South African Nuclear Energy Corporation (Necsa) annual report for the year to March 31, 2018 was pushed out to February 2019 due to ‘auditing complications’.

Now finally in the public doman, a repeated refrain throughout the Auditor-General’s report in this set of results is “I was not able to obtain sufficient appropriate audit evidence …”.

Accordingly, the Auditor-General (AG) issued a disclaimer of opinion.

Necsa was purported to be one of the best run state-owned entities. Its 2017 annual report received a clean bill of health from the AG, who was satisfied that he had obtained “reasonable assurance” that the annual financial statements were free of material misstatement.

So perhaps Necsa’s financial reporting was not on such a solid footing prior to 2018.

It is now threatened by the lack of sufficient appropriate audit evidence, and there is a question mark over whether the entity and the group have met the going concern status.

Despite the AG having issued a disclaimer of opinion, the 2018 directors of Necsa “believe that the group has complied in all material respects, with the provisions of the Companies Act, PFMA and the Nuclear Energy Act and other applicable legislation during the year under review”.

The directors further washed away any concerns in regard to the going concern status by saying that the “ability of the company to continue as a going concern is dependent on various factors including growth of sales, government grant, curtailing costs, the application of a new grant fund for mandates that are unfunded and have to be executed”.

And thus we have polarised positions of the AG and the board of directors.

Of course, the going concern status cannot be determined by an opinion alone. It must be substantiated by facts. In this case, there is a lack of facts. Hence, the disclaimer of opinion issued by the AG must surely hold sway?

Necsa will soon close its 2019 books. Perhaps the AG should send a separate team to Necsa, one that will not be involved in the audit, to ensure that there are proper financial records and appropriate audit evidence. This team should also commence the implementation of IFRS 9 and 15 for 2019.

The consequences that could emanate from the financial unravelling of the state’s nuclear energy company are too awful to contemplate.

Can South Africa afford to wait until February 2020 to find out the state of Necsa’s affairs?

Well it is obvious the only reason these people sit on these boards is so that they can garner some cash for the criminal government and of course themselves. With a minister of Radebe’s ilk and history you have to wonder how this bunch are going to find the cookies let alone the cookie jar. Maybe they are there to support Zuma’s future nuclear deals

Until we rid this country of racist BEE policies, we will not survive economically.

Are you sure that this is not another “Durban Hit Squad” story that will prove to be based on false information. If I recall correctly the production of medical isotopes was halted last year for reasons that did not appear significant. How an organisation that is a world leader in medical isotope production cannot be a going concern is strange unless there is unprecedented theft of revenue.