Nedbank shows the mountain incumbents have to climb 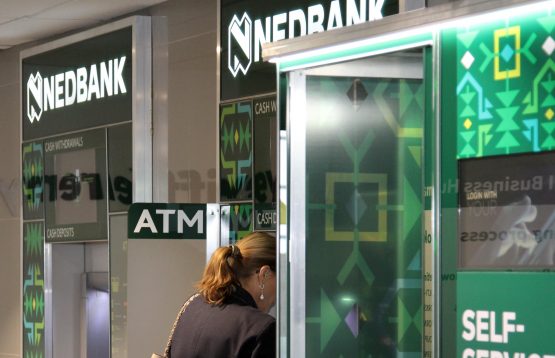 Most banking apps are layered with multiple IT systems implemented over many decades that have been strung together like spaghetti – simplifying them becomes the challenge. Picture: Moneyweb

Nedbank is now able to open a transactional account or sell a personal loan to clients in less than 20 minutes, processes that previously used to take an average of 40 to 50 minutes. Rewind a few years and these were tasks that likely took over an hour. It says in its interim results that from the perspective of a client, this is a “material improvement”.

Contrast this with new entrant TymeBank, for example, where a customer is able to open an account themselves at an in-store kiosk or online in under five minutes (the online application takes around three!). Discovery Bank promises as little as 90 seconds (but it already has a raft of information about customers from its Discovery Vitality unit).

Read: TymeBank: What it takes to go digital

In the branch environment, however, it’s been a long, expensive slog for Nedbank to get these processes to 20 minutes or under.

Central to this is a new platform deployed at the bank called Eclipse, which enables digital onboarding and servicing of customers. For now, this relies on frontline bankers in its retail and business banking unit to actually capture details. Online and app self-service channels are expected to be rolled out to clients in the second half of 2019 (along with juristic client onboarding).

There is a single reason why incumbent banks like Absa, Nedbank, FNB and Standard Bank have historically found it near-impossible to service clients quickly and efficiently: multiple IT systems implemented over many decades that have been strung together like spaghetti.

Simplifying this takes time and a lot of money.

All banks are chasing the same goal: to have a single view of a customer. Standard Bank’s multi-billion-rand deployment of SAP over the past decade has it closer to this goal. FNB’s been hard at work too and says its bankers and staff now have that single view. Absa’s separation from Barclays has complicated matters. In its retail and business banking investor update in December, Absa said that branches still contribute more than 80% of new account sales.

Even a new player, Discovery Bank, is operating a complex web of more than 120 systems to get to the holy grail of a single view of a client. Nedbank’s ‘managed evolution’ approach to simplify its IT stack, which it shares detailed updates on, will see 250 (!) different core IT systems around a decade ago simplified to just 60 by next year. To date, the capitalised spend on this mammoth task totals R8.5 billion. Of this, the bulk (R3 billion so far) has been spent on client systems, including the deployment of Eclipse. And despite the rollout, this is not yet the experience of every customer. Only six of every 10 customers, on average, “are able to join Nedbank in less than 20 minutes”. By June only 37% of transactional products and 14% of personal loans sold by the bank were done through Eclipse.

By December next year, Nedbank wants its top 10 products to be digitised and sold or enabled through Eclipse. This includes products in the card issuing, investment, overdrafts, home loans, vehicle finance and wealth groupings. The bank says onboarding will be ‘once for life’ which means that customers won’t have to fill out application forms over and over for different products. And later this year clients will be able to serve themselves via the bank’s website and mobile app, with Fica, biometrics and signatures happening digitally.

It seems strange to be describing these as ‘innovations’ in 2019, but this is the reality.

It all remains a lifetime away from what digitally native TymeBank offers in the market right now. The incumbents will keep trying to drive down complexity and the amount of time taken to open something as simple as a basic transactional bank account. They might yet get to that process to around five minutes.

Of the ‘majors’, only FNB has made real inroads into using its digital channels, primarily its app, to cross-sell products. The progress across four major products (card, loans, overdrafts and cash investments) over the past three years has been impressive. In the past week, TymeBank said it hopes to start lending in the first half of next year. It is targeting an approval time of just two minutes.

Those goalposts keep moving, and only FNB seems to be in the game. Other bigger banks are likely to battle to keep up.

You trying to tell us something, Hilton?

This excites you? Really?

Ha ha! You really are funny. No sense of humour. But that just makes you even funnier.

Your reference to ‘UniCoked’ was also incorrect. NO “i” in there!

In the article it was “Unlcoked.me” and very clearly the C & O were transposed in error.

Probably should have read: Unlocked.me

If we’re all trying to be schoolteachers with no sense of humour, Vivienne, then it was obvious that the c & o were transposed. There were no capital C & O, as you mentioned in error.

But hey, I’m not the one being paid to publish a professional article that should have been properly proofread.

You can carry on trolling, though.

Small things amuse small minds. You must be a blast at parties. Finding something like that funny. Primary school humour. BRILLIANT.

Such a sense of humour. Pathetic

Accuses others of trolling. His only take away from a whole article was child like stupid comment. Shame. Sooo hilarious! Sooo brilliant!

One of those losers who thinks that finding a small error makes him look intelligent. Instead, it makes you look like a small minded pedant.

To enjoy Nedbanks productivity and service enter a branch and do a deposit or withdrawal. On average 15 min plus depending if there is one or more people in the que. Try their deposit taking atm that rejects your bank notes. They are great in teaching you patience.

Maybe a compliment- I can open savings accounts with FNB and Nedbank via my internet banking in About 2 minutes.

I just hate all banks- they only lend you money when you dont need it.