Nothing to go back to

Compensation may finally be forthcoming for farmers whose properties have been compulsorily acquired by the Zimbabwe government.
Cathy Buckle 26 May 2018  00:01 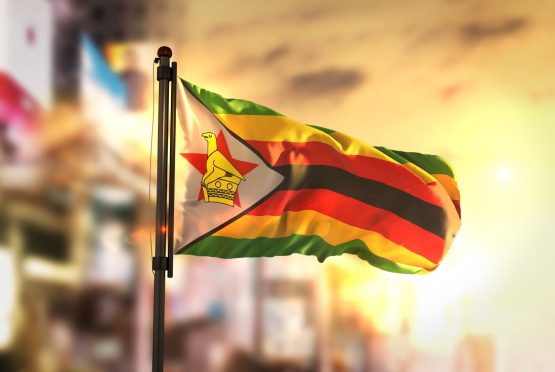 How can you put a price on a life, the author asks. Picture: Shutterstock

With the recent news that compensation may finally be forthcoming for farmers whose properties have been compulsorily acquired by the Zimbabwe government since 2000, many of us now face a time of extremely painful memories and decisions.

Those of us whose farms were grabbed by war veterans and Zanu PF supporters at the beginning of the land invasions, have been waiting for eighteen years. Many have left the country; not because they wanted to but because they had no choice; farming was what they knew how to do, what they were good at but the Zimbabwe government would not let them grow food. Many farmers who were in their sixties or older at the time of land invasions, have passed away without ever receiving compensation for their losses. Many of them died in extreme distress: destitute, traumatised and never being able to adjust to or accept what had happened to them at the hands of their own government.

When the Zimbabwe government grabbed our farms they were also taking our homes, businesses, jobs, income, assets and future pensions and now, eighteen years later, we must put a price on it. How do you put a price on a lost life?

I drove out to my farm recently; I knew I wouldn’t be able to drive along my own driveway or go onto my own land or into my own house but still I knew I had to go there, I suppose to see one last time, to have it fresh in my mind when  I completed the paperwork for compensation lobbying.

On the road out to the farm I found myself driving slower and slower, gripping the steering wheel, overcome with memories, bracing for what lay ahead. Much of what I saw is too painful to relate here but it was good too, because it confirmed the obvious reality on that farm: there is no going back, nothing to go back to.

Someone shook a fist at me as I neared the turning to the house and I was shocked that eighteen years later the perpetrators of the seizure of my home were still using aggression to hide behind their guilt. They knew they were still living on stolen land, in stolen buildings,  and they knew that I knew what they had done.

Overcome for a moment I pulled off the road at a place where all I could see was tall, golden grass. The memories crowded my head: dipping, burning, fencing, workers, neighbours, successes, failures, laughter, tears: a rich tapestry of life. There is no way to put a price on that. Driving away from what is still my farm, but isn’t my farm, I drove faster. I had seen what I needed to see and had said goodbye.

Undoubtedly a difficult and painful road lies ahead in relation to farm compensation agreements but it is something that must be done in order for agriculture in our country to move forward. Compensation is one thing but accountability and prosecution of the perpetrators of the myriad crimes that hid behind the smoke screen of land invasions, is another.

“I had a farm in Africa”, with a serious twist, comes to mind…. I commend Cathy for writing like the brave woman she is! “In this world you will have tribulation…” but may you finish STRONG and in victory! Your total lack of bitterness is an inspiration! May blessings overtake you from here on out!

Born in Europe people should have read own history. Starting by year zero, it became all love. Believing that, opened a box of sweets. Leaving the unbelieving in a position, comparable to the Dutch JIT MH 17 report, defenseless. Denying never helped anyone, scrutinized by religion. In the old end inquisition helped. New is media. With as result the famous believing all people, helped by non, to make sure, winning, is someones downfall.

How much did you have to drink before writing this piece of drivel.

My thoughts exactly……or maybe it was some of the “Tobacco Plants” he was smoking which turned out to be ganja!!!

bas did yr mother drop u on yr head when u were born ?

Well written Cathy, very few people actually know what it is like to lose everything, house, life style job all in one shot.
If you an office worker you may lose your job or your house or your life but seldom all 3.

My sister in law had to move off their farm in the middle of the night. 3rde generation farmers. The war veterans (16 years old and some evn younger) came in the night they ran into the veld and hid till morning with just their id docs. The vets killed the pets, hamstrung the cattle and within 24 hrs stole the roofs off the buildings and then burned it all.

After trying to start again in Zambia her husband hung himself, it was all too much. The whole family 4 kids and their mother have serious PTSS.
Once you have family involved you see it very differently.
I am a farmer in SA, we fear for our lives everyday. The land lies that are being sown make it very difficult to be motivated. I bought my land did not “steal” it.