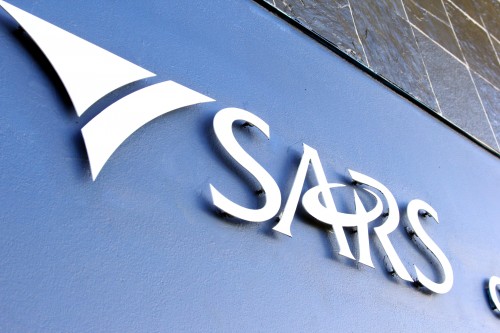 Restoring Sars to where it once was will take strength, perseverance, and an infusion of technical skills and tax knowledge. Image: Supplied
It has been four and a half long years since Tom Moyane was appointed Commissioner at Sars, but now, finally, it seems his  aspirations to remain Commissioner may be put to bed.

The Nugent Commission of Inquiry into tax administration and governance at the South African Revenue Service (Sars) has published its final report – and has not held back on punches.

“When integrity and governance has failed, as happened at Sars, it has probably manifested itself in many ways that are yet to be found … it is time that dignity and decency return to Sars,” states the report.

In the September interim report, retired judge Robert Nugent expressed concern regarding senior management “who had seemingly sat back complacently while the reputation of Sars was being tarnished and its personnel demoralised”. Former Sars commissioner Tom Moyane (appointed in September 2014, suspended in March this year, and eventually fired by President Cyril Ramaphosa on November 1), is accused of “defiantly spewing invective” and labelled “not fit to be commissioner”.

Controversial management consultancy Bain & Company has repaid Sars some R217 million, including interest, and its former managing partner Vittorio Massone has stepped down (although he apparently remains a partner at the Boston-based consultancy).

However, had the inquiry not taken place, would Bain have carried on raking in the money and neutralising staff? The Commission observes that “what the South African people want to know is what happened to their country’s institutions, and the information Bain has will help to find that out. If Bain wants truly to make reparation, then it should give to South Africans what they want, and not what Bain thinks they should have …”. As for the reparations: “Payment of money without prior disclosure of the truth, is not reparation but is marketing instead”.

The commission notes that an institution such as Sars “calls for leadership with exceptional managerial experience and skill” and recommends the appointment of “suitably qualified persons from within or outside Sars” to manage information technology.

‘Can you give me protection?’

Mmamathe Makhekhe-Mokhuane, who was appointed chief officer of digital information services and technology by Moyane in 2017, “has been seemingly unable to provide direction”. Few South Africans will forget her infamous response to a live SABC television interview question: “Ma’am, can you give me protection me from yourself?”. The commission notes that: “The aggressive, indecorous and unusual manner in which she gave evidence before the commission was also not appropriate for a person in her position at Sars.”

Of the executives appointed by Moyane, only Hlengani Mathebula, chief officer of strategy and communications, received a ‘highly recommended’ result on his psychometric assessment. Those found to ‘require development’, along with IT chief Makhekhe-Mokhuane, include Teboho Mokoena (chief officer: human capital and development), Refiloe Mokoena (chief officer: legal counsel), and Mogola Makola (chief officer: enforcement). As Nugent opines: “I find it troubling that an organisation as large and complex as Sars has been under the management of chief officers all but one of whom was objectively assessed as ‘requiring development’.”

The commission observes that there were also “extraordinary features” of these appointments, including none having had functional experience in tax collection enforcement, and in regard to Makhekhe-Mokhuane, not having had exposure to the technology used at Sars.

Further: “None of the appointees appear to have had the management experience required for management of an organisation employing 14 000 people”.

Makhekhe-Mokhuane, (Refiloe) Mokoena and Makola were appointed without ministerial approval, rendering their appointments invalid. It is to be noted that Mokoena is on suspension, and Makola has resigned.

Nugent found no evidence of “restraining the abuse of authority” by senior management who were appointed by Moyane. “No doubt any confrontation with Moyane” would have cost them “substantial remuneration, generous bonuses … bodyguards and highly paid executive assistants”.

The commission exposes how the anti-corruption and security unit (Acas), whose function was to identify and combat internal corruption within Sars, was neutralised at the end of 2014. The commission cites many examples, ranging from the bizarre to the inexplicable – for example, the tobacco task team, formed under the office of the commissioner, investigated the team of Sars investigators who were looking into the illicit tobacco trade.

Mathebula was appointed acting chief officer of enforcement in February 2016, until Makola was appointed in July 2017. The unit started reporting to Mathebula in September 2016. Under his watch, former Acas members Yousuf Denath and Kumaran Moodley were suspended and disciplined on the “basis of what turned out to be trumped up charges at the instance of a man whom Mathebula knew the State Security Agency suspected of colluding with crime”. After having wasted some R3 million in legal fees, Sars recently reinstated both Denath and Moodley.

Mathebula also approved a request to download emails from the Sars server. The commission stated that it was “a violation of his duties as a senior member of management to approve the downloading of emails of people who did not work for Sars”.

Mathebula accepted a doctored version of an email emanating from Ronel van Wyk, senior manager of criminal investigations. Her email was doctored by advocate Neo Tsholanku, the group executive in charge of criminal investigations. He changed an allegation made by independent forensic investigator Paul O’Sullivan that Sars investigator Yegan Mundie had been in a corrupt relationship with a taxpayer to “there is no prima facie evidence to suggest the involvement of Mr Yegan Mundie in illegal activities”.

The above events are evidence of what the commission refers to as a “murky world”.

Some of the most important recommendations are:

Acting commissioner Mark Kingon, who has been in the post since Moyane was suspended in March, had his term extended for a third time by finance minister Tito Mboweni on Friday (December 14). Kingon will serve a further 90 days or until a substantive head is appointed.

The commission recommends that the new commissioner conduct a performance review of exco members appointed by Moyane – “taking account of their capacity for senior management, their appreciation of good governance, and their capacity for inspiring public confidence in the integrity of Sars”.

Sars is almost free, but it is hamstrung by the skills it has lost. These will take a long time to rebuild.

So true but relate it to all SOE’s – been under the management of chief officers all but one of whom was objectively assessed as ‘requiring development’.”

A report on Prasa. Escom, SAA, etc., would read much the same, but with different names.

Hammer of Thor 4 years ago

Nugent Finding: SARS chief officers all but one of whom was objectively assessed as ‘requiring development‘: that’s the tragedy of employment equity policies in South Africa – employing previously disadvantaged persons who are uneducated inexperienced unskilled unquantified and in many instances illiterate – we are embracing a culture of sub standard mediocrity for the sake of achieving quotas and transformation – this is testimony that employment equity is a failed policy – we need to promote competence and ability irrespective of skin colour – the best man or woman for the job!

This goes to the heart of the ANC – not just Jacob Zuma.

Rotten to the core !

Tax compliance will continue to deteriorate until:

1. The people stealing the taxes are brought to book

2. The people paying the taxes get something in return

These simple fundamentals are beyond the comprehension of the ANC.

As others have implied, what Judge Nugent found is simply the consequences of appointing people based upon loyalty/patronage, race and party membership rather than on merit and is endemic to all state departments and SOEs.

The most important requirement at SARS appears to have been ommitted: penalising rogue SARS staff, the same as errant taxpayers and tax practitioners are penalised. A few penalties, disciplinaries and dismissals and SARS will shine again.