Policy cannot afford to be reactive to the automation revolution

If jobs considered safe by today’s standards become obsolete – then what?
By Mamokgethi Molopyane 6 Jul 2018  00:21 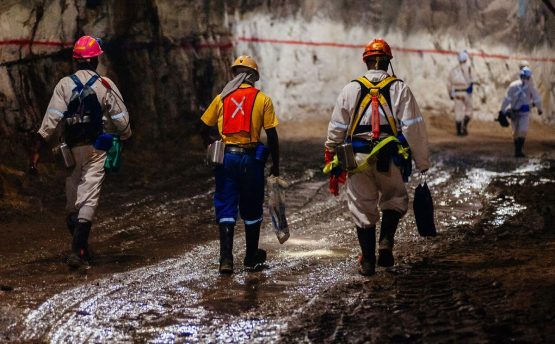 Change is the intrinsic feature of the Fourth Industrial Revolution (4IR); the scale and pace are extraordinary, and it will be disruptive.

Historically, as technology advanced, labour-intensive sectors in the United States were affected through job losses and sector declines.

Despite this uncomfortable scenario, there is a strong argument to be made that South Africa still has time to bootstrap itself and shape its future.

Throughout history, countries that have been successful in reforming their economies studied the past and its trends, and learned to anticipate what the future might bring. Most importantly, they learned not to be found ill-equipped, uninformed and unable to adjust to the inevitable changes as the world moved forward.

When the full automation revolution takes over, what will happen to the great mass of the unemployed youth and the ageing workers who will be displaced as old jobs become replaced by new jobs that never existed before?

There are substantive concerns where economic development and the labour force is concerned, most notably the conflict between the technological advancement and the wellbeing of South African workers. As more autonomous machines and robotic technology comes online, it means that only a handful of workers will be required.

In the past, quick technological advancement has affected blue-collar workers the most because it is often followed by a new way of doing things that displaces old jobs or comes up with completely new ones.

First, take the American agricultural sector as an example; farmworkers were rendered outmoded when total mechanisation happened. Millions who were once employed found themselves jobless and were forced to look elsewhere, resulting in most of them heading to big cities in search of jobs and better lives.

Looking at contemporary South Africa, the same can be seen. Of course, this similarity cannot be taken too literally. The point is that mechanisation of the agricultural sector and joblessness in rural areas is one of the reasons people leave their rural homes and come into the cities looking for work.

According to a 2017 StatsSA report: “Gauteng comprises the largest share of the South African population. Approximately 14.3 million people (25.3%) live in this province” and it “experienced the largest inflow of migrants of more than 1 million”.

Second, when automation of the American manufacturing sector gained momentum, manufacturers took their jobs to neighbouring countries like Mexico and the Far East. Triggered by the rapid spread of globalisation, going global meant accessing a range of technology, resources, skills and potential clients in diverse global markets.

The precipitous and extraordinary decline of employment in the late 1990s and early 2000s was not limited to the United States manufacturing sector alone; the rest of the world was soon to follow, including South Africa.

We know how the country’s manufacturing sector declined and shed jobs as factories closed and companies took their operations elsewhere. Over time the sector stagnated and, compared to other sectors of the economy, has consistently been poor in terms of GDP contribution and job creation.

Aggravated by the country’s systemic prolonged unemployment that corrodes work skills, these former manufacturing sector workers not only found themselves out of jobs but have struggled to get back into the economy.

Some even argue that in a decade or two, emerging economies that rely on predominantly labour-intensive sectors are the ones that will be affected the most. In fact, this is already happening. Companies in the manufacturing sector, for example, are already adopting autonomous robots and machines to cut, solder and weld – activities that were once dominated by workers. Advanced technology has resulted in automation of those occupations that relied on manual labour.

It is not only the low-end and blue-collar worker who is going to be affected. In his seminal book, Rise of the Robots: Technology and the Threat of a Jobless Future, Martin Ford uses examples to explain how the speed and nonlinear pace at which 4IR and advancements in technology won’t just displace work, but will reskill work, even for professions that are currently considered unaffected.

In the coding profession, for example, it’s possible that artificial intelligence will include machine-learning systems that teach themselves to build and improve on the work done by humans by developing smarter programmes. This will result in superior coding, which the systems will be able to do in far less time, therefore increasing productivity.

These are the potential implications for the labour market. Where do these developments leave South Africa? The interplay between public policy, politics and business progresses at a time when trust is being re-established between the two as evidenced by business support for the administration of President Cyril Ramaphosa.

There is no time to waste bickering about what is right or not. I remind policymakers and business likewise – waiting is not an option. The evolution of work hastened by innovative and faster rates of change across sectors, skill requirements, type of job, time, distance and even location means we will all (government, business and labour) have to work together if we are to create and sustain jobs as we move into the new future.

There are two replies to the doomsayers.

Firstly technology has always replaced jobs ever since a crude wooden plough was fashioned from a log with primitive stone axes and hitched to a tame steer. The chorus reached a crescendo during the industrial revolution. Somehow after this change, people did different jobs, service jobs became more common and life got better. The dude mowing your lawn no longer uses hand tools. Maybe in future the horticulturalist dude will let loose the robotic lawn mower while he goes to the next job. Actually already reality.

Secondly things are changing fast and this pace of change means more affordable goods and services. This means a better life for the masses. Less work and more leisure time. Robotics technicians will be in vogue. There will be inevitable casualties such as the fax machine, typewriters, VCRs, CRT TVs and trade unions but these will not be mourned by the masses.

South Africa has a fundamental problem where a substantial sector of the population probably up to age 35 is constrained by a history of disfunctional education and what is turning out to be a failed economy. To compound the effects of this dire situation, population growth from uncontrolled influx of persons from the north and an unbridled birthrate, are growing at a much faster rate than the economy can absorb.
A balance needs to be struck between the ability of the country to educate its citizenry in tune with the demands of a future economy.
These demands are not easily identified and the skills needed to address them are not clearly evident. What is certain though is that the current education systems in place, especially in third world countries, are not designed to cater for this explosion in new technologies. We are still educating people to fill industrial age “work” which will largely be superseded by new methods requiring new knowledge.
This requirement will demand new education programmes which still need to be formulated.
What then for the current and near future generations. Education will probably take a whole generation to bed down and those presently in school unfortunately will largely miss the boat.
If in addition we continue to have an explosion in the birth rate as at present, we will have an embedded growing unemployment problem for generations to come.
A balance has to be struck between population and economic growth just to sustain a workable model, which in itself will be time consuming.
Much as it may seem to be political interference, the consequences of not managing the situation will be chaotic. Not only is it desirable that the economy has “full employment” so as to provide job opportunities for all to live an acceptable lifestyle, but the disruption of a disadvantaged citizenry is disastrous.
South Africa with its plundered economy is more disadvantaged still, in that righting all that is wrong to reach this balanced state is a huge challenge and in my view will entrench have nots for much longer than would be the case if the economy was thriving.
Leadership unfortunately, both in the public and private sectors are sitting on their hands doing very little to turn things around. The private sector is plagued by an element that is both greedy and corrupt whilst the public sector malfeasance is evident for all to see.
Education is the key and needs radical reformation where students are educated to think rather than to regurgitate facts which have little relevance to the challenges we face.
Let’s hope this is fast coming.

“…when technology replaces human thought too, entire professions will be at risk”. Very thought provoking article.

For example, as a tax consultant myself, one realises that one must “add value” to the client, and not merely fill in an electronic E-Filing form? Everyone can fill in a form, so that process can be automated, or I can buy such a Artificial Intelligence system/program to handle all my work for me. Just wondering how “human like” tech will handle legal Disputes/Objections against SARS…who also may be using AI by then.

Lawyers can be replaced, especially those earning income from Property conveyancing. But, would be similarly interesting to see AI-systems handle litigation. How will all the algorithms work by taking into account all the Laws/Acts, etc, and which case has the strongest merit?

We have a long way to go still.

Hmmm…doctors? Perhaps one day, I’ll be able to diagnose & operate on myself *lol*

It’s more of a matter of humans using tech to their advantage to improve service & products. Think back to medieval times…imagine all the jobs that have been lost in the sword-making business 😉 …or people tending to horses and carts. Those jobs all gone. Most of the world must be without work by now…

Then the clincher: maybe plenty of jobs in the IT, design & tech industry may disappear: if the world can have machines thinking for themselves in analytical & problem-solving ways….then we DO NOT NEED software developers, right? The AI-systems can design and continuously improve upon themselves the software & apps we humans use. 😉