Cadre deployment and the financial sector’s failure to flag illicit money flows are an indictment.
By Ryk van Niekerk 24 Jun 2022  15:06 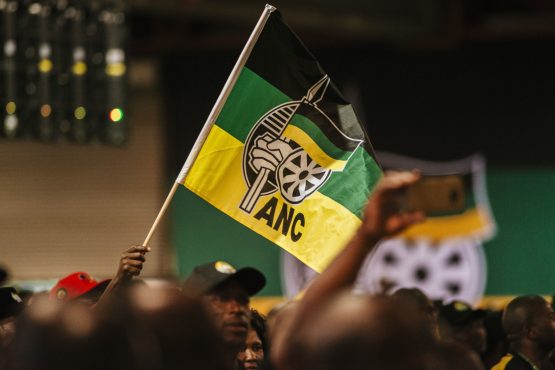 The night of 21 June was the longest of the year for many South Africans. Shortly after dawn broke on the 22nd, Chief Justice Raymond Zondo released the final chapters of the State Capture Report – the most damning account of the state of our nation since democracy.

It was also the day that the government withdrew all remaining Covid-19 restrictions, including face masks, indicating that the country has entered a post-pandemic era.

The fact that days will now become longer and no one has to wear a mask to hide behind may be cheesily symbolic of a country starting to recover from rock bottom.

I wrote the above paragraphs before reading the Zondo Report’s final chapter. And after reading it, I am afraid South Africa can only recover in a post-ANC world.

It is pretty much common cause that the report reveals that the ANC is rotten to the core and that the party’s leadership does not have even one strand of what would be regarded as strong moral fibre.

Any self-respecting political leader with integrity would resign or ‘step aside’, as the ANC would call it. However, this won’t happen because the responsibility now lies with the president and the ANC to implement the recommendations.

A lot has been written about the extent of the theft and corruption revealed in the report. Still, after having read substantial portions of the final chapters of the report, I think two recurring themes are perhaps understated. The first is the ANC’s policy of cadre deployment and its role in enabling state capture, and the second is the failure of the much-lauded South African financial system to pick up the smoking gun: the illicit money flows.

Read:
Zuma abused his position as president – Zondo report
Faith Muthambi should be referred to the NPA
SA equities do not represent ‘great, long-term value for investors’ – Wierzycka

The individuals who enabled state capture were all ‘recommended’ for their positions by the ANC’s cadre deployment committee, which President Cyril Ramaphosa chaired during the relevant times. The Zondo Commission found that these ‘recommendations’ were, in fact, instructions.

The report found that this policy contradicts the Constitution, which is a massive indictment of the ruling party and is evidence of its integrity deficit. It is possibly worse.

The report highlights that the Constitution demands a “public administration that maintains a high standard of professional ethics; that is efficient, economic and effective in its use of resources; is development-oriented; provides services in a manner that is impartial, fair, equitable and without bias; encourages participation in policy-making; and is accountable and transparent.”

The deployment of cadres did not adhere to any of these prescriptions. Not one.

But the practice did not only enable state capture. The committee also appointed most key government officials in all spheres of government, including national, provincial, and local governments. In many cases, perhaps most, the actions resulted in appointing incompetent and ‘ethically compromised’ officials. The result is most visible at the local government level, where most municipal authorities are bankrupt and dysfunctional.

Read:
SA’s municipal sector is about to collapse – Ratings Afrika
‘No improvement’ in municipal management in 2021: Auditor-General

Service delivery is in most authorities non-existent, with unmaintained infrastructure destroyed and social cohesion at an all-time low.

The financial and social damage will take decades to repair, and the opportunity cost may even outweigh the state-capture loot.

It is also a pity that Zondo did not recommend a skills (and lifestyle) audit of all senior government officials who may have been the beneficiaries of the deployment committee.

Failure of the financial system

The second theme is the failure of financial and monitoring organisations to identify and prevent the proceeds of state capture from flowing through our financial system.

The report recommended that banks’ conduct and the Financial Intelligence Centre’s (FIC’s) oversight be investigated to ascertain why it failed.

But it is not only the banks and the FIC that demands scrutiny. Money was also spent on buying houses, flashy cars and expensive handbags, to name a few. Why wasn’t the source of funds for these transactions not proactively investigated by the various links in the transaction chains? I am talking about estate agents, car dealerships, luxury goods retailers, financing institutions etc.

The revelations of the extent of the system’s failure will also amplify the likelihood that international money-laundering watchdog, the Financial Action Task Force (FATF), may greylist South Africa due to failures in its monitoring practices.

Read: How Estina’s bank account went from R16 to R30m in the blink of an eye

In a 2021 report the FAFT highlighted South Africa’s shortcomings, including its inability to recover the monies stolen through state capture. It also stated that “while authorities carry out some successful money laundering investigations, the proactive identification and investigation of laundering networks and professional enablers is not really occurring.”

South Africa needs to address the “shortcomings” by October, failing which the country will be placed on the grey list. This may potentially have much more dire consequences than when rating agencies cut our ratings to junk.

It is good that the Zondo Report revealed what happened during the state capture years, but it will be tough to rectify the impact. It will be impossible if the ANC has to do it.

Hopefully the 2024 general election will be a turning point.

“When plunder becomes a way of life for a group of men in a society, over the course of time they create for themselves a legal system that authorizes it and a moral code that glorifies it.” – Frédéric Bastiat 1880

The moral code that glorifies it, in this case, is BEE requirements, and the ANC created the legal system that authorized their criminal and treasonous behavior by destroying the integrity and efficiency of the legal system through cadre deployment. They did this to enable the demolition of property rights. The entire legal system now protects and enforces plunder through redistributive laws and taxes. The idea of a developmental state is nothing more than a smokescreen for plunder.

It took the honorable Judge Zondo 4 years and R1 billion to write a detailed story about the effects of socialism. He could have bought “The Road to Slavery” by August von Hayek for R300 instead and read it in 2 days. While the Judge won’t receive the Nobel Prize for his book, Von Hayek actually did.

This entire ANC catastrophe is a destructive and broadly anticipated repeat of history. Unemployment, crime, and malnutrition is the price the voter pays for his ignorance.

The voters of the ANC are not victims – they are complicit fellow criminals fully deserving of every bit of misery that voted for !!!!

Amazing how many people thought that the Constitution was the Country’s saving grace and path to Utopia!! I used to have it shoved down my throat when I was considering emigration, about how it was the best Constitution on earth, and it left me bamboozled that I wasn’t seeing this “thing” that a lot of people were seeing!

Well, to all those people, you have now witnessed the ANC wiping their KFC filled backsides with your Constitution, so never allow a piece of written law in Africa to cloud your judgement again, Africa doesn’t care for it, or you at this point!

A roadmap of London is only of value for someone in London. We’ve got the right map, but we are at the wrong place. This renders the map useless. Pearls before swine.

“Money was also spent on buying houses, flashy cars and expensive handbags, to name a few. Why wasn’t the source of funds for these transactions not proactively investigated by the various links in the transaction chains?”

May I add cattle to that list? …. And why isn’t it being investigated now?

The operation and control of the State fell into the hands of an incompetent, corrupt, cabal called the ANC the day after the first election and removing it will be as difficult, if not impossible as removing dry burrs from corduroy slacks and your Airedale terrier’s fur after a walk in the veldt.

You may also find bloated ticks leeching off its blood – just another analogy.

There is a ladder to this pyramid:

So, 60m of our futures are decided by 1.2m branch members, most of which are fake.

absurdly, there are not 2m decent ANC supporters that can take control of their branches.