Time on the market for luxury homes spikes to decade-high Property specialist says that the downturn 'does not come as too much of a surprise, given the financially-constrained household sector in a weak economy, and multi-year weakness in consumer confidence'. Picture: Supplied

The average time on the market for luxury homes has spiked to the highest in at least the last decade, with houses in this ‘high-net-worth’ segment now spending 23.29 weeks ‘for sale’. This is a sharp increase over the past year, and a nearly 50% jump from the 15.86 weeks on average from 2014. According to FNB’s estate agent survey, the average house price in this segment is just over R7 million. That means suburbs like Bryanston, Dainfern, Waterfall, Waterkloof, areas just north of Durban, parts of the Atlantic Seaboard, Cape Town’s Southern Suburbs, and so on…

While ‘upper-end’ homes “tend to ‘naturally’ stay on the market for a longer time on average prior to sales than is the case at the lower-priced end”, there has been a noticeable divergence in the market says a report from FNB.

Aside from homes in these high-net-worth areas, FNB says there has been a “significant” increase in the average time on the market in the ‘upper-income area’ segment, with an average price of about R3.5 million, from 13.36 weeks in 2014 to 16.38 weeks in the first three quarters of 2017. Linked to this is the fact that there has been a sharp deceleration in house price inflation in the luxury segment since the first quarter of last year, according to two different reports on the residential market.

FNB’s area value band house price index shows a similar trend, not at all surprising as both use deeds office data. Whereas Lightstone segments the market into four segments, FNB’s luxury area quintile is the “group of areas with the highest transaction price averages in South Africa, making up 20% of the total volume of property transactions by individuals”. In this segment, the average house price is R2.271 million.

“The most significant year-on-year house price growth slowing in recent years has been in the luxury area value band, from an 11.1% high back in the final quarter of 2014 to the most recent 5.3%, followed by the upper income value band [average price of R1.231 million] whose growth has slowed from 7.5% at the end of 2014 to 4.9%,” writes John Loos, household and property sector strategist at FNB. “The high-end of the market appears to have led the slowdown of recent years.”

Compare this to the lower-, middle- and even high-value segments of the market and it is easy to see just how under pressure the upper-end is. In fact, in the lower two quartiles using Lightstone’s methodology (and lower two quintiles in FNB’s), price inflation has been accelerating this year.

Loos says this – which is seen in FNB’s data as well – “does not come as too much of a surprise, given the financially-constrained household sector in a weak economy, and multi-year weakness in consumer confidence. The result is, on average, a more financially cautious household searching for greater home affordability, which should mean some shift in demand towards the more affordable areas of the market”.

I am surprised the stat is only at 24 weeks. That must exclude the 50+ houses at Blair Atholl in Lanseria, many of which have been on the market for two years and which they don’t seem to be able to sell at any price. I wonder if the stats are based on properties that have actually sold and exclude all of those that have not sold until they have?

I have a friend in Dainfern who is struggling to sell now. Maybe the Cape stats bring down the averages?

Going to be bargains aplenty in Cape Town when the taps run dry in March 2018 and the Cape Town Fairytale ends in tears.

Lots of ex-R6Million townhouses going for a song…

A reverse-osmosis system with a capacity of 300 kl/month goes for R50 000. Somebody who can afford a house with the value of R6 million can surely afford to clean borehole water, waste-water and even sewerage for household use. The total cost per kl is actually half of that of current municipal rates. With the money this guy saves on water he can now afford to buy a more expensive townhouse!

The guys in the northern parts of the country will soon realize that they will only have access to services like water, electricity and sewerage systems if they can can supply and maintain it themselves. African politics inevitably takes you to African infrastructure.

Well it would be pretty drastic to resign, find a job and schools in another city and move your whole family there, urgently sell your house because Cape Town has a water shortage at the moment, but to each their own

sure are. hout bay property market now looking like an “end of season must sell everything” sale!!! funnily though no real rush to get out by holding “real” auctions. no doubt don’t want to face up to reality. this is a well known problem when investors are facing losses in their portfolio. the old head in the sand syndrome

just have a look at hout bay! 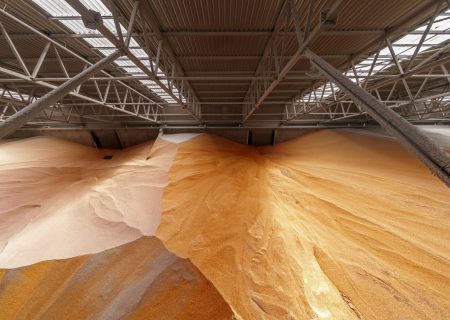