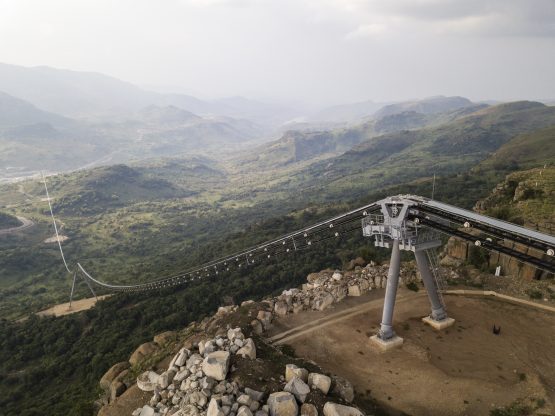 Last week Royal Bafokeng Platinum’s (RBPlat’s) single largest shareholder, Royal Bafokeng Holdings, surprised the market by snubbing Impala Platinum’s (Implats) overtures at a full takeover of RBPlat, agreeing to sell 32.8% of its shareholding (with options to take this up to 33.3%) to Northam Platinum.

Given that Implats’ Rustenburg operations are contiguous to RBPlat’s, the original takeover made a large amount of operational sense. In essence, little would change and Implats would just run a large collection of mines and shafts in the same area, extracting returns to scale from this position and its existing sunk costs (see map below).

Regional map of Rustenburg PGM mines around Implats and RBPlat On the other hand, Northam’s mines are not next door to RBPlat …

So why the surprise deal? And why the huge premium?

What follows is pure speculation, as Northam (and RBPlat) have been quiet on the details and reasons for the deal.

Firstly, the reality is that Eskom poses a major impediment to developing a new platinum group metals (PGM) mine and the Waterberg is probably the last potential opportunity for this. If one can get a major stake in an existing long-life PGM mine, perhaps it is worthwhile jumping at this opportunity – much in the same way that Sibanye-Stillwater (code: SSW) swung hard and fast at the acquisition that gave it the latter half of its name.

Phrased differently, if the PGM basket (particularly platinum, which RBPlat has a higher relative weighting of than Northam) continues to be a key commodity in the global Green Energy Transition, then there may be years of buoyant PGM basket prices.

And, in a world where almost no new major sources of PGMs are coming on stream, you buy what you can when you can.

Secondly, in a few years’ time, 50% of the processing of RBPlats’ concentrates could be switched from AMplats to Northam with obvious financial benefits to the latter. In addition, Northam’s technical input could add a few percentage points to RBPlats’ concentrate recoveries. Incrementally, these two benefits could create material bottom-line uplift to the respective operations.

Thirdly, there is the likely financially accretive nature of this transaction. While you should value mines on a net present value basis, where both groups mine more or less the same underlying commodity, using a price-earnings (PE) ratio can be a relatively easy way to see if a transaction is likely to be accretive to the acquiror.

At 18 050 cps, RBPlats shares are on a 6.3x PE. Given that a large amount of this deal is Northam issuing shares in itself, Northam share’s PE of 7.7x implies that this deal is in fact accretive to Northam shareholders (this is even more true when you take into account the cash element of the deal).

In other words, you are issuing 7.7x paper to buy 6.3x paper, or capturing an 18% discount in the relative ratings between the market multiples of the script. The utilisation of some non-dilutive cash only enhances this upside to Northam shareholders.

Implats’s Rustenburg operations are running out of time and already ‘tribute-mine’ some of RBPlats’ ground. See the below life of mine (LoM) for Implats’ resources, noting how Rustenburg’s ounces drop off dramatically in five to seven years’ time (considered very short LoM for a PGM operation).

Mid-last year, Implats chose not to exercise its option to take control of Platinum Group Metals’ (NYSE: PLG) major Waterberg Project. In hindsight, this decision was probably predicated on the fact that it was relying on acquiring RBPlats, especially as it has more than enough cash to do so.

Therefore, after Northam’s coup d’état, Implats is in a tight corner, with the clock ticking on the viability of its Rustenburg operations.

What will Implats do now?

Will it look to acquire big blocks of shares in RBPlat at an even higher premium from other large RBPlat shareholders to spoil Northam’s long-term plans, or start preparing to sell some of its ground and assets to RBPlat?

What is apparent is that what was at face value a strange acquisition by Northam, in fact, may have the effect of cornering Implats. And, while the deal may make some sense to Northam, it certainly significantly weakens Impala’s Rustenburg operations.

And, put simply, what weakens one PGM miner, strengthens the rest.