South Africa can join the natural resources supercycle and create millions of jobs within a decade, but it needs the right regulatory and fiscal regimes.
By Craig Morkel 3 Mar 2022  00:03 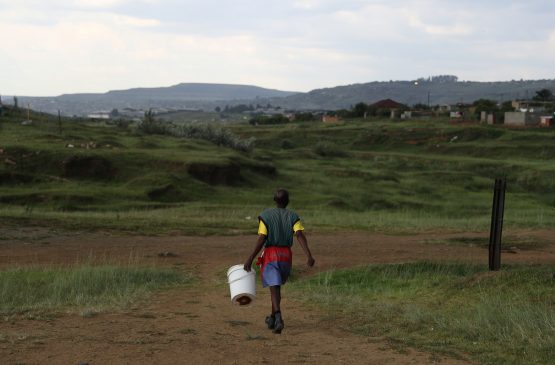 It is ironic that Sasol was created in 1950 to make the apartheid regime less dependent on oil supplies from abroad.

Sasol today is a vital part of the South African energy matrix and a treasured national endowment. South Africa has never been energy independent, but that opportunity is within our grasp if we can fix our regulatory regime and knock off the pretence that solar and wind are going to solve our energy needs any time soon.

Some magnificent oil and gas discoveries off the South African coast, coupled with equally stunning finds in Mozambique and Namibia, could make the sub-continent energy independent within a decade.

If we take this opportunity we will no longer be a price taker, but a price maker in what is a key input for virtually all economic activity in the country.

As oil prices head towards $100 a barrel (bbl), this will be reflected in higher prices for refined petroleum products such as petrol, diesel, liquid petroleum gas (LPG) and paraffin. We are once again at the mercy of global forces that set prices for our energy. We can change that future.

Many African oil- and gas-producing jurisdictions have known commercially exploitable oil and gas reserves of the type that are simply produced and exported to markets where these commodities could fetch the highest price.

However, most African countries, including their national oil companies, do not have the funding and finances required to explore and produce known oil and gas resources. They rely on foreign investors, mostly incumbent oil and gas majors, who will direct their funds to the most congenial jurisdictions from a regulatory and fiscal standpoint.

Is South Africa’s upstream legislation, its regulations, and its tax regime attractive relative to other oil and gas jurisdictions that are also competing for such high risk exploration investments?

Most developing economies are now faced with another hurdle as they seek to develop their oil and gas resources for national economic upliftment: they are being required to comply with lower carbon commitments determined by developed economies.

Although the United Nations Framework Convention on Climate Change (UNFCCC) makes provision in Article 9 for developed economies to pay their historical debt for polluting the planet by funding climate-change-related adaptation and mitigation in developing economies, such facilities are being set to mostly exclude support for oil and gas.

There appears to be no end of funding available for the export of green technologies to the developing world.

But just as Africa uses its natural resources to claw its way out of poverty, the colonisers change the rules of the game, and they enforce these rules by restricting financing to technologies that benefit their domestic industries – like wind and solar.

Erstwhile funders of oil and gas projects are under pressure to redirect their funding to green-only technologies. The latter are intent on achieving net zero carbon emissions by 2050 or sooner to avoid average global temperatures rising by more than 1.5 degrees Celsius above the baseline agreed at COP26 (the 26th Conference of the Parties) held in Glasgow, Scotland, in 2021.

Abrupt change vs nuanced phasing in

The key difference between green and fossil fuel advocates is there differing expectations for achieving net zero emissions.

Most green advocates demand an immediate stop to the exploitation of all fossil fuels, while the oil and gas industry insists on a more nuanced and phased utilisation of mainly gas for:

The five Ps of sustainable development (planet, people, prosperity, peace and partnership) should be harmonised as mutually inclusive imperatives of any energy mix.

South Africa has a limited window of opportunity to attract the levels of foreign and local investments that are required to develop and exploit its oil and gas resources in a manner that would not only achieve its climate ambition on a least cost basis, but also redress the historical legacy of socioeconomic imbalances caused by colonialism and apartheid.

South Africa has a significant near-term opportunity to achieve its social development goals (SDGs) by reducing its dependence on US dollar-denominated crude oil, gas and refined product imports and increasing the exploitation of indigenous oil and gas endowments that could be denominated in rands.

We need a globally competitive regulatory and tax regime to get there.

The drafters of South Africa’s globally-celebrated constitution recognised that there is the need to harmonise environmental and development as just and co-existing imperatives with their definition of sustainable development in Section 24 of same.

To borrow from the words of Émile Zola in his novel ‘Germinal’ (published in 1885): SA is faced with “islands of opulence” surrounded by “seas of poverty”.

We must seize this opportunity to turn our seas of poverty into ones of opulence.

Craig Morkel is CEO of iKapa Energy and chair of the SA Oil & Gas Alliance’s Gas Economy Leadership Group. He writes in his personal capacity.

Ctaig – Decolonise yourself and get rid of your car and all electrical appliances and then tell us again how wonderful your donkey and wood burning oven is !!

Of course! I never realized that natural resource extraction would finally decolonize poor developing nations. It has happened all over

I’ve heard of poetic license, but this may be taking it a bit too far when saying millions of jobs would be created.