Don’t wait for a medical emergency 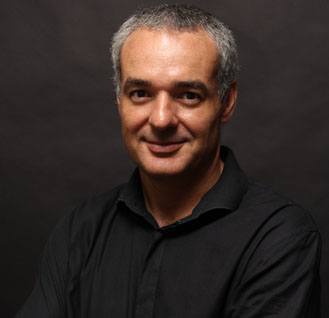 There is a cliché that the most important investment you can make is in your health.

This was after a pretty normal evening at home with my family, after going to bed at a respectable hour. I spent the following four days in the high care ward of Netcare’s Milpark Hospital in Johannesburg. Seemingly half my blood was drawn and sent for a myriad of tests, including tests for every single drug on earth (which vindicated my denials in the ambulance). I spent nearly two hours in a CT scanner and sat through several EEG tests. Eventually, after several hours of talking to perplexed specialists, I was diagnosed with epilepsy at the age of 38.

Trust me, this was not a pleasant experience and it provided a stark perspective on life. During the stay in hospital I had many hours to stare at the ceiling and reflect on what happened. I made myself two promises. The first was to improve my less-than-ideal state of health and the second was to adjust my financial plan, as it had not anticipated a medical emergency.

Let’s start with the health promise. I realised that the carefree days were over and that I was on a slippery slope towards the much-stereotyped 40-something heart attack. I had been driving on the clutch for 20 years. I was 20kg overweight, worked stressful 12-hour plus days and enjoyed two generous glasses of wine afterwards. I ate what I saw and my only exercise was walking to and from a golf cart every other Saturday.

To fulfill my health promise, I joined the craze of mountain biking. At first I tackled flat 30km rides and I can still remember how those two-hour slogs left me nearly dead. But I immediately fell in love with the sport. The 30km soon became 50s and then 75s. I spend hours in the saddle and the numerous Saturday races have become the spinnaker of all weekends.

This mountain biking craze will reach a climax on Sunday when I will line up for the 738km Absa Cape Epic. It will be daunting, but I am sure it will prove to be personal victory following the grim evening of October 2012.

I doubt whether anyone can understand how a health scare focuses the mind. You can talk until you are blue in the face about the need for people to get their financial affairs in order, but most people just nod in agreement and delay any action to tomorrow.

It was not as if I did not have a financial plan. Since my very first paycheck I have invested in excess of 15% of my salary in a range of savings and retirement products. This included a pension fund, a retirement annuity, several properties (bad choices!) and other direct investments in shares, unit trusts and two restaurants (also bad choices). The whole plan was geared towards retirement at age 60, or hopefully sooner. I remain active in the management of these portfolios and choice of portfolio managers, and they have performed well over the years.

But as I stared at the hospital ceiling I did the sums and calculated that the cash costs of a disability would consume all savings and investments in a few short years if my income came to an abrupt halt. The most startling thought was that I might even become a financial burden on my family.

Maybe naively, I was never a fan of life insurance. It was a grudge purchase and I did not appreciate the opportunity cost of not having life cover. I felt I would never need it. This was rectified shortly after the incident.

I am not alone

When something is top of mind, you always talk about it to your friends. And I did, mostly from my bike. It was evident that I was not alone in my unpreparedness for such a medical emergency. In fact, it was shocking to learn how few people are on top of their financial game.

It is actually ironic that most of these well-educated individuals would haggle and fight for a 5% discount on an accessory for their bikes, but have no idea what happens once their monthly debit orders are deducted from their account. One or two did not know whether they had life insurance or not.

Hopefully I have sent some business to various financial advisors over the past two years.

I was surprised at how difficult it is to compare the various life products, and the time it takes to do it properly. Many financial products are complicated, some virtually indecipherable, and it takes effort to rework benefits and premiums to make them comparable.

It also helps to see more than one financial advisor, as multiple views provide a more comprehensive perspective. This whole process – from seeing the first advisor to signing the last contract – also took much longer than I thought.

Anyway, the moral of the story is that you need a comprehensive plan, which takes into account all eventualities, especially the not-so-nice ones. This plan can be complicated and it will take hard work to do properly.

The consequences of that horrible night in October 2012 were not pleasant. But I have chosen to see the events in a positive light. Apart from investing in a mountain bike, I have reduced my financial risk. Don’t let a medical emergency force you to focus on a more comprehensive financial plan. Not everyone is lucky.

Good luck to you and Louis-John for the Epic…this will be a very good test for both of you and also for teamwork and friendship. I am convinced that you will achieve your first goal…..finishing the Epic due to your hard work and health.
Your investments……what about the Sasol shares that you are holding onto?

Financial planning…..don’t you think that you should rather look at a good financial plan for all your colleagues at Moneyweb (pension fund with decent group-life cover etc)….Surely the Old Mutuals, Momentums, Liberty LIfes and Sanlams…..can come up with something.

PS Wine, woman and song is much more dangerous than mountain biking…good luck!

A sobering read.
Some unasked-for advice on the Epic (which I have never done): like the Comrades, it is probably not good for one’s health. Your exercise routine described above sounds more than sufficient for long-term health benefits.

Good luck with the Epic!!