Drastic action is required to save Sars from the brink

Errors cannot be treated as pesky mites and swept under the carpet.
By Barbara Curson 16 Mar 2018  00:01 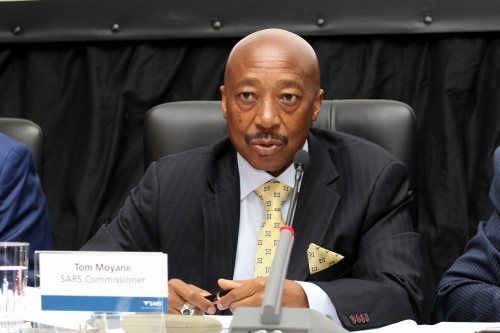 Sars and its commissioner, Tom Moyane, continue to hog the headlines. Battered from all sides, and not being propped up by acceptable revenue collections, careless errors and the loss of skills are eroding the foundations of what was once a world-class organisation. If Sars collapses, it will take many years to rebuild.

From the time Moyane arrived, he collided with any challenge to his authority. Top executives were either suspended, subjected to intimidation, or left because they had had enough. There is no point in going through blow-by-blow accounts, as these have been adequately covered by the media. Any further details have already been, or will be covered in ensuing litigation.

Running a tax administration requires many boxes to be ticked. Systems must be efficient, staff must be held to the highest ethical standards, taxpayers must be treated with respect and fairness, and there must be compliance with all the relevant laws. The tax authority is responsible for collecting what is due to the fiscus. The Commissioner of Sars operates in full view of all in South Africa, including other tax administrations. Errors cannot be treated as pesky mites and swept under the carpet.

For these reasons, and others not mentioned, the commissioner should protect himself by being surrounded by experts. He should avail himself to engaging in rigorous debates and discussions, and not gag those who disagree.

To my mind Moyane didn’t seem to know who to trust when he was appointed, and it appeared that Jonas Makwakwa became his most trusted confidant. This was a tactical mistake, as we can see from Makwakwa’s sudden resignation. If only Moyane had understood that at Sars you will find senior tax officials who don’t give a damn about politics, but who are trustworthy, highly respected, and very knowledgeable about tax policy and tax administration.

Others resigned, such as Kosie Louw, Vusi Ngqulana (group executive for debt collection), Nishana Gosai (manager of transfer pricing), Elle-Sarah Rossato (in charge of a specialised legal and debt management team within the enforcement unit), and Lorraine van Esch (audit manager and in charge of some very high profile cases). Having this many senior officials leaving an organisation leads to rumours and results in pandemonium among staff.

It was reported to Parliament in December that Sars has lost more than 500 members of staff. Any robust organisation employing highly-talented staff will suffer a brain drain, but they should be able to replace them with as competent, if slightly less-experienced staff. However, there is a point at which losing too many experienced staff will make it almost impossible to train and mentor a large number of inexperienced staff. Certain disciplines, for example transfer pricing, face serious skills shortages, and the tax profession battles to source experienced transfer pricing specialists.

I saw this happen in front of my own eyes. When Moyane joined Sars, I was the senior manager of Tax Avoidance and Reportable Arrangements at the Large Business Centre, managing a staff of seven highly-skilled and experienced specialists.

In my 20 years at Sars, I had engaged with and given presentations to many other government bodies. I also represented Sars and presented papers at many international fora – including the Commonwealth Association of Tax Administrators (CATA), BRICS, IBSA, and was a member of various working groups at the OECD (Organisation for Economic Cooperation and Development).

I was also an advisor to the Davis Tax sub-committee on BEPS (base erosion and profit shifting). I was seconded to work with the International Tax Division of HM Revenue and Customs in London for a month in 2001. I was also invited, by the Italian Tax Authority, to present a paper at an international  banking conference in Italy, on the cooperation between a tax authority and taxpayers.

Some may argue that my critique of the situation within Sars has to do with sour grapes. My contract came to an end. I had reached retirement age and Moyane chose not to extend it. Life is too short for sour grapes. Sars gave me many wonderful opportunities, and through Sars I was privileged to have met and engaged with some of the best tax and legal minds in South Africa and internationally. And I was privileged to have met and done work for men that I will forever hold in high esteem – including Minister Gordhan, Ivan Pillay, Kosie Louw, Edward Kieswetter, and Matsobane Matlwa. Most importantly, I know that I made a difference in challenging tax avoidance and mentoring and training staff.

However, I am angry at the disrepute that Moyane and Makwakwa have brought to Sars. And I am angry at the many careers I saw being destroyed. But, do I think that all the staff at Sars are tainted? Of course not. There are many loyal and law abiding Sars employees who are governed by what is right and are waiting (and praying) that this nightmare will soon end. Do I think that Sars has lost skills? Yes, I was involved in training staff throughout my career. The loss in skills is evidenced by the problems the average taxpayer is experiencing with Sars. Sars has also lost organisational knowledge. This is irreplaceable.

Moyane is now being put under tremendous pressure by Parliament’s Standing Committee on Finance. He has no other corner to turn to, and will have to start submitting all documents requested.

The final tax collection figures will be available at the end of March. The shortfall will be in billions, possibly between R50 billion and R60 billion. This should signal the death knell for Moyane, and the start of the rebuilding of Sars.

There is absolutely no doubt in my mind that Tom Moyane belongs in jail. He was completely the wrong person to have in charge of Sars because it was clear that his primary mission was to cripple Sars’s ability to go after tax fraudsters and crooks like Zuma, BAT, and many, many other polically connected individuals and their companies.

Insightful piece, written from the heart. It’s unbelievable that this rape was allowed to continue for so long. So many brilliant, passionate, experienced people lost to the Revenue service. And surely now, many of them will be consulting to corporate clients. I wonder how many tax cases SARS has lost in the past few years, given its shortage of technical experts.

Thank you for this insightful article.
We’ve always known that throughout the crisis this country has faced, SARS was always a trustworthy beacon of hope in the darkness…it’s been very difficult to watch that light being extinguished. One can only hope that we’ve now turned the corner.
And let’s not forget that previous revenues were boosted by some big CGT events like the sale of SAB, so there are other reasons apart from mismanagement that have added to a deficit.

Mr Moyane you are a criminal and soon you will be in jail. Although you have facilitated looting by your criminal cronies you will soon be thrown under the bus.
Hopefully soon.

It seems that you are not doing your job, but we are paying you a Salary?

Tom Moyane belongs in Jail. When last did Zuma pay tax and how much?

Well said Barbara. The culprits who have tried their best to milk the country dry, must know that their days are numbered.
More power to your pen!

Without in any way excusing or exonerating Mr Moyane, it is worth asking whether, like Jacob Zuma, he is a symptom and not the entire cause.

With all respect to Ms Curson, the SARS Moyane inherited was not exactly squeaky clean.
Firsty, the ANC imposed racist “our turn to eat” employment policies (as they did in every other branch of government) — it is doubtful if Moyane would have reached his level were he not black and ANConnected. Under Commissioner Gordhan, SARS began exempting certain nomenklatura from scrutiny … “AnConnected so Protected” is NOT a Moyane innovation. Then there are dubious tax collection practices, some born out of class antipathy, some out of sANCtions busting, some out of the criminality the ANC adopted pre-1994. Reading “…staff must be held to the highest ethical standards, taxpayers must be treated with respect and fairness… ” sounds like sarcasm or a sadistic joke.

Of course with the intensification of Corruptheid under Zuma and his deputy Ramaphosa, it was inevitable that the rot would get more rotten.

Also in fairness to Moyane, there is the ANC’s handling of the economy. “Whatever the ANC runs it ruins”. Well intended social support schemes have simply run out of other people’s money — there are not more grant recipients than taxpayers. Outmoded dogmas, hostility towards business, corruption and racist appointments have all taken their toll. Besides, the ANC’s failure to invest in and to maintain infrastructure has lead to load sheddings and Day Zeros not only in electricity and water but crime, health, defence, justice, social services, education and over other responsibility of the state. Bailing out state owned entities and government departments has added to the burden. While the ANC cannot be blamed for much of our mineral wealth being depleted, its latest treatment of the agriculture industry (EWC and shooting the Australian messenger — by the Princess who headed up the original ANC anti-accountability response to the Zuma charges — instead of listening to black and white farmers) verges on treason.

Special mention must be made to the educational genocide policies of the ANC. Instead of producing productive citizens, ANC education churns out (and drops out) lumpen voting cattle and clients of the state.