Something the Guptas were masters at. Shout ‘change management’ in a boardroom and all manner of snake oil salespeople will appear.
By Ciaran Ryan 3 Feb 2022  00:01 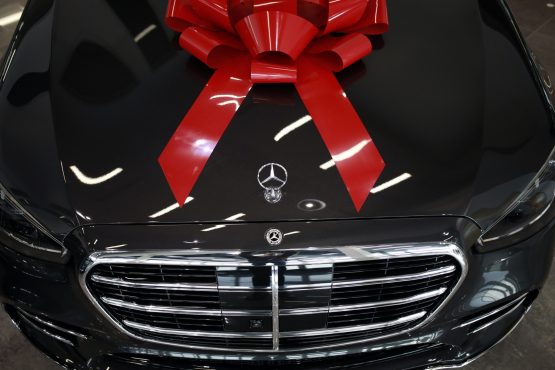 Transnet contracts to the value of R41.2bn are believed to have been irregularly awarded for the benefit of entities linked to the Guptas. Image: Luke Sharrett/Bloomberg

In the book The Witchdoctors, authors John Micklethwaite and Adrian Wooldridge outline the swathe of destruction carved through corporate America by high-priced consultants under the guise of “change management”, “leadership training”, “total quality management” and a dozen or more catchy marketing gimmicks to convince you that your management is sub-optimal.

Anyone who had read this book, now more than 20 years old, shouldn’t have been surprised to learn that consultancy Bain formed such an integral part of the state capture project.

The first instalment of the so-called Zondo report recommends that all of Bain’s public sector work in SA be investigated.

Bain repaid R164 million plus interest for money it earned from the South African Revenue Service (Sars) after an investigation chaired by retired judge Robert Nugent detailed the extent to which the once exalted tax agency was hobbled by incompetence and corruption.

McKinsey, KPMG and others were at it too, convincing a whole generation of executives hired to run state-owned companies (SOCs) that they were way behind the curve of international best practices.

Cadre deployment became official ANC policy, opening the door to party apparatchiks, often with no proven managerial skills, to run massive and complex enterprises. They were ripe for the picking.

Dudu Myeni was put in to run South African Airways (SAA), which she did – into bankruptcy. Tom Moyane did his best to turn one state-run organisation that was truly world class into an empty husk.

Read:
Why did PwC not identify corruption at SAA?
Bain, Zuma and Moyane colluded to seize and restructure Sars

Daniel Mantsha, an attorney struck of the roll for misconduct for “something to do with trust monies” and then readmitted, was deemed competent enough to chair Denel. Former public enterprises ministers Lynne Brown and Malusi Gigaba were on hand to enable the state capture project.

As soon as you signal an aggressive change strategy such as this, the Guptas cannot be far behind. And that turned out to be the case.

It was the same at Denel where VR Laser was the vehicle for the capture of a state-owned arms producer making decent profits in 2015 and winning clean audits form the Auditor-General. To capture Denel, those executives refusing bribes and standing in the way of the Guptas – who merrily clothed themselves in BEE colours to nudge out better qualified competition – had to be removed.

Control of the decision-making

State capture at Transnet involved a systematic scheme of securing illicit and corrupt influence or control over the decision-making, says the latest Zondo report.

“Corrupt actors sought to gain control over staff appointments and governance bodies to influence large procurements and capital expenditure by changing procurement mechanisms, such as the use of confinements rather than open tenders, the altering of bid criteria to favour corrupt suppliers, and the payment of inflated costs and advanced payments.

This was the playbook for capturing the entire public sector procurement budget.

People at Transnet who knew and cared about the company were marginalised, with greater reliance being placed on consultants like McKinsey, Regiments and Trillian.

When the consultants come marching through the door, you know what happens next: the cash spigots are thrown open and drained for consulting fees, decades of organisational know-how is thrown out the window, and dodgy contractors are let in the door.

It happened at Transnet, SAA, Sars, Denel and scores of other state-owned companies. The consultants became the gatekeepers and controllers of billions of rands in spending – something Treasury was concerned about, but was frequently overridden by cadres with protection from the highest office in the land.

When former president Jacob Zuma had your back, who were you going to fear?

There’s nothing wrong with benchmarking performance and seeking out ways to improve performance. Companies that don’t do this get eaten alive.

The problem comes when neatly coiffed consultants in fine suits with MBAs from impressive universities, but who’ve never actually run a business, convince you that your business methods are ancient and unworkable.

There are all kinds of invisible threats out there, and in a few years you won’t exist unless you swallow their magic pills.

Your competitors are embracing some new buzzword to do with change, improvement, excellence, and are turning their businesses upside down because they want that extra percentage point or two lift in profits. Business books are flying off the shelves, marketing some new fad that is just another business grift.

All this is extensively coded in the latest Zondo report, which explores what went wrong at Transnet and Denel.

In raw financial terms, Transnet was the primary target for state capture.

Paul Holden of Shadow World Investigations submitted a dossier to the Zondo Commission estimating that Transnet contracts to the value of R41.2 billion were irregularly awarded for the benefit of entities linked to the Gupta family or their local point man, Salim Essa.

Much of the detail of Transnet’s capture is in the public domain: the R60 billion paid for 1 259 locomotives, split over three contracts, being the principal cash cow that bankrolled so much else the Guptas were involved in. The report explains how the locomotive bidding process was corrupted by the Guptas for their eventual benefit.

Evidence heard at the Zondo enquiry shows how McKinsey agreed to appoint Regiments as its supplier development partner, subject to Regiments agreeing to share 30% (later increased to 50%) of all income received from Transnet.

More than R1 billion was laundered through various shell companies nominated by Essa and his associate, Kuben Moodley. These were pure money laundering activities, with no legitimate business activities.

The consultants were all over the state capture enterprise.

The next time a consultant with an interesting haircut presses a card into your palm and promises all kinds of wonderful goodies, run for the hills.

Again, let us borrow from Benjamin Franklin:”It takes many good deeds to build a good reputation, and only one bad one to lose it.” With almost all of the big consulting firms becoming more and more unethical, regulators should work hard together to better control the consultancy industry by rewarding consulting companies who adhere to true business ethics and imposing heavy penalties on those whose conduct is unethical. Ethics is an issue that many of us tackle regularly; we are often faced with hard choices, choices that can mean the loss of a potential project or client. But we remain committed to our values: Transparency – Respect – Integrity – Honesty

In Africa, those institutions and individuals who operate with transparency, respect, integrity, and honesty are sitting on a small rubber dinghy that is adrift in a stormy, shark-infested ocean. It is a very intimidating, isolated, and lonely place to be.

Those moral concepts are reserved exclusively for those who find themselves at the uppermost levels of Maslow’s Hierarchy of needs. In South Africa, that position is occupied by the 5% of the population who pays 80% of the taxes but receives nothing in return. The overwhelming majority do not apply concepts like ethics and morality to themselves, but they use them to extract benefits from people who do. They are opportunists who play the cards that work for them.

That is why our economy is in structural decline in terms of GDP per capita and why the unemployment rate is exploding upwards. Morality and ethics are moving offshore, where they are respected by like-minded opportunities.

Will it be any different the next time around? This question pops up after the Zondo Commission has published its reports.

We will see new managers and new structures with a new “deployment committee” that is supposed to act independently of Luthuli House, but the mentality of the voters does not change. The average voter is the enabling force behind the looting. ANC and EFF supporters use the power of their vote to extract financial benefits from the taxpayer. The Guptas captured the state, while the ANC supporter captured the legislature for personal gain.

Every single ANC and EFF supporter is a state capturer who will jump at the opportunity to loot public resources, irrespective of the consequences. Consequence management is not part of the vocabulary of voters who reside on the lower levels of Maslow’s Hierarchy of Needs. They’ve got nothing to lose anyway. We need voters who have skin in the game. All traditional land should be divided and the title deeds should be transferred to the people who live there. We need voters who are property owners, otherwise, we will have Zondo Commissions into perpetuity, with nothing to show for it.

We need to isolate service delivery, economic activity, and job creation from the mindset of the communalist voter. If we do not privatize all spheres of government, the recommendations in the Zondo Commission will have the effect of shifting the deckchairs on the Titanic.

I totally agree with your observations and opinions. Until there is privatization of he SOE,s and an end to racist BEE practices ( including the corrupt Tender processes) the South African economy will not recover and social degradation will continue.
The shallow “ so called” redistribution of wealth amongst the few politically connected has to stop. Education and Birth Control should become a priority. Perhaps Conscription for the school leaver should be reintroduced but instead of into the Army, rather into Skills development? This might take the jobless pressure off the government, keep idle hands and minds occupied and create real opportunities for the youth of South Africa going forward.
All positive ideas and suggestions are welcome. We South Africans, know all the bad news – time for some pride and positivity now.

Another key word in the corruption of SA by the ANC is “transformation”. So “BEE” and “AA” were subverted from already amoral and unprincipaled into vehicles for parachuting ANC elite apparatchiks, either corrupt or incompetent or both, into positions of power and massive “salaries”. This has not changed, just a few of the names.