Is the GEPF vulnerable? Part I – Political risk 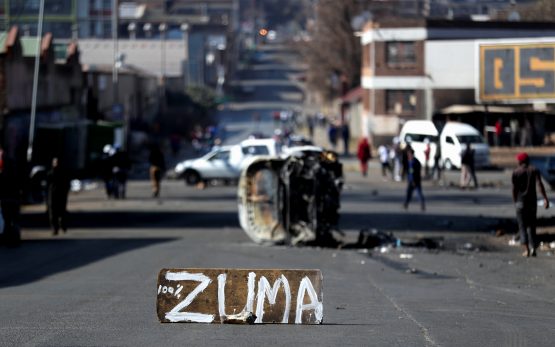 The Government Employees Pension Fund (GEPF) was formed in 1996, early on in South Africa’s new democracy. It was a time of great optimism, positive political energy, business confidence, and growth.

With assets under management of some R2.1 trillion, and the government as the ultimate guarantor of the defined benefits to be paid to GEPF pensioners, what could go wrong?

Over the next few weeks Moneyweb will be taking a closer look at the GEPF’s balance sheet and its investment strategies; however, the political risks are all-encompassing.

To understand the future political risk it is necessary to look at the last 26 years.

In 1996 the SA economy was vibrant. In his optimistic 1997 Budget Speech, then finance minister Trevor Manuel spoke of the exceedingly positive political outlook, but cautioned that the budget “challenges the Government to exercise choices, not all of them popular, to construct the environment within which all of our people will flourish”.

The country had implemented the Reconstruction and Development Programme (RDP), adopted a five-year plan, Growth, Employment and Redistribution (Gear), and established the National Empowerment Fund. The government commenced a programme to restructure state-owned entities (SOEs).

The government started being aware of crime, with the 2007 Budget Speech reporting that: “Combating crime and reducing violence are core priorities of government. The 2007 Budget continues to step up the resources dedicated to fighting crime – employing more police, strengthening detective services, and ensuring a more efficient criminal justice sector.”

In his 2008 Budget Speech Manuel reported that: “Reinforcing the fight against crime is both about effective institutions and appropriate mobilisation of resources.”

Meanwhile, the South African Revenue Service (Sars) had gone from strength to strength, and by 2008 current Public Enterprises Minister Pravin Gordhan had served 10 years as commissioner of Sars.

In 2009 Jacob Zuma was appointed president of South Africa.

By 2014 the government had adopted the National Development Plan 2030 (NDP) as the “country’s framework for economic and social transformation”, stating: “The plan aims to accelerate growth to eliminate poverty and reduce inequality by 2030.”

Crime would be reduced “by strengthening criminal justice and improving community environments”.

The then minister of finance Gordhan blamed “five years of global economic turmoil” as having “tested South Africa’s public finances”.

But we now know that state capture had already started eating away at South Africa’s economy.

When Gordhan presented the 2016 budget it was a time of “low growth, high unemployment, extreme inequality and hurtful fractures in our society”. National Treasury expected economic growth of 0.9% in 2016, after 1.3% in 2015.

It was reported that energy investment would amount to over R180 billion over the next three years, as “construction of the Medupi, Kusile and Ingula power plants is completed”.

Even then, in 2015, Gordhan saw that the strength of the major state-owned companies was in their capacity to “partner with business investors, industry, mining companies, property and logistics developers, both domestically and across global supply chains”.

Nothing has come of this, other than the proposed sale of 51% of South African Airways (SAA).

Optimistically, he announced that government debt would stabilise at about 48% of GDP over the next three years.

The 2017 Budget Speech also announced that the Passenger Rail Agency of South Africa (Prasa) “continues to implement its modernisation and rolling stock renewal programme”, stating that: “Over the medium term, R16.7 billion is allocated for 70 new train-sets for Metrorail.”

February 2018 saw Zuma resign from office and Cyril Ramaphosa take the oath as president of the country.

The then finance minister Tito Mboweni in his 2019 Budget Speech announced that Ramaphosa would fight corruption and state capture.

In 2020 Mboweni again informed the country that “fighting corruption is a priority of this administration” – and the National Prosecuting Authority (NPA), the Special Investigating Unit and the Directorate for Priority Crime Investigation were allocated an additional R2.4 billion.

It led to the establishment of the Judicial Commission of Inquiry into Allegations of State Capture, Corruption and Fraud in the Public Sector including Organs of State, better known as the Zondo Commission.

The Commission of Inquiry into Tax Administration and Governance by Sars – also known as the Nugent Commission – released a report detailing the destruction of the revenue service in 2018.

In 2020 Ramaphosa released the report of the Judicial Commission of Inquiry into Allegations of Impropriety at the Public Investment Corporation (PIC) – also known as the Mpati Commission – concerning investment decisions made on behalf of the GEPF in the years 2017 and 2018.

The final Zondo report will be released in June. The mountain of evidence collected by the Zondo Commission has been made available to the NPA.

Read:
The PIC and the myth of its unlimited resource [Oct 2018]
Can Ayo deliver, that is the question [Feb 2019]
Prasa’s financial management out of control [Feb 2019]
PIC fails to provide an exemplary service to government pensioners [Oct 2019]
The GEPF, an abused client [Mar 2020]
PIC hit by Covid-19 and state capture [Dec 2020]
PIC suspends COO, two more senior employees resign [Jun 2022]

SOEs have incurred hundreds of billions in irregular, fruitless and wasteful expenditure, have allowed procurement irregularities, have traded while insolvent, and have failed audit reports. Many have not published 2021 annual reports.

The 2022 budget reported that “many state-owned companies remain reliant on government support, and several have missed their capital investment and loan disbursement targets”.

The 2022 budget reported that the “total amount for approved guarantees is expected to decrease by R21.5 billion to R560.1 billion by the end of March 2022, with associated exposure estimated to increase by R32.1 billion to R416.8 billion”. It added that: “Eskom accounts for 78.7 per cent of these guarantees.”

Collapse of law and order

Over the years we have seen the collapse of law and order, including mafia-type attacks on construction projects, sabotage to Eskom’s plant and equipment, the wave of terrorism looting and arson attacks in the civil unrest of July 2021, and more recently the horrific flooding and resulting damage in KwaZulu-Natal, which has raised questions around the government’s ability to respond to emergencies.

No big names have been held accountable, they still walk free, spending their ill-gotten gains with wanton abandon.

It is now 2022. There is only one government entity sitting on R2.1 trillion.

The obvious questions to be raised …

If the government was a business it would have been in business rescue long ago. SOEs and municipalities are bankrupt. SAA proved that the capital structure of SOEs is almost worthless compared to their debts. Government debt, excluding guarantees to bankrupt SOEs and the implicit liability of bankrupt municipalities, stands at R4,3 trillion, or more than double the value of the GEPF. Their cash flow is negative and they have to borrow more to pay interest on their debt.

Government employees are working at a bankrupt institution that guarantees their pension savings with the printing press.

Such a situation always becomes the Reserve Bank’s problem eventually. How long is “eventually”? That is the only uncertainty.

Anything Govt in SA is vulnerable, due to the ANC corruption, mismanagement, cadre deployment and BEE!!

“In 2020, Ramaphosa released the report ….. on the Mpati Commission” and in the year 2022 Mpati of his commission was found to have been stolen from the inside of his couch, which was to the tune of R60 Million! He doesn’t even know how much was hidden BUT he paid tax on it, how do you like that one!?

Just a bit of rainy day chump change for the esteemed Pressie!!

You just cannot beat the irony, contradiction, and plain old forked tongue speak of this Continent!