Is the South African Reserve Bank behind the curve? 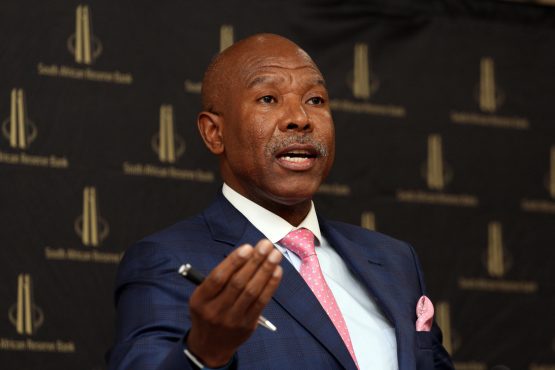 Emerging markets are coming under pressure as higher US interest rates expose their poor fundamentals. The rand has depreciated by 17% in the last three months against the US dollar. Only Turkey and Argentina have performed worse as they deal with high levels of foreign currency debt.

To date, the narrative around the rand is that it is collateral damage from Turkey and Argentina, as well as local political noise surrounding land reform. However, the real issue may be that our rates are too low.

With South Africa now ‘officially’ in a recession and inflation at 5.1% (within the 3-6% target band), the consensus is that SA does not need to hike rates. However, I think this belief that the South African Reserve Bank (Sarb) can remain on hold is based on a misunderstanding about the nature of emerging markets. “Emerging markets are not poor countries, nor are they countries which are making economic progress. They are defined by a very specific set of macroeconomic properties, which financial markets are conscious of, but are rarely clearly articulated. The overriding characteristic of an emerging market is that a currency devaluation is a tightening of policy.”

This primary trait of emerging markets has recently been highlighted by the extreme examples of Turkey and Argentina, which have both hiked rates by around 20 percentage points since the beginning of the year in response to currency depreciation. Turkey’s short-term rates were around 12% a year ago and are now around 30%.

Confidence in the central bank is essential

While South Africa does not have large foreign currency debt risk, it is still highly dependent on capital flows to finance the twin deficits (current account and fiscal deficit). Foreigners have purchased large amounts of SA bonds in recent years and this has helped finance higher levels of SA debt. It is essential that confidence is retained in order to prevent capital flight.

A large part of this confidence is based on the belief that an independent central bank will act to contain inflation and protect the purchasing power of the currency. The main tool to contain inflation is interest rates. Investors need to be confident that interest rates will rise if inflation becomes a problem. Without this belief a currency ceases to be a store of value. The long term negative economic consequences of a loss of confidence are far more severe than the short term pain inflicted by rate hikes.

Turkey is a recent example where the confidence in the value of the currency was damaged due to political interference. President Erdogan directly instructed the central bank not to hike rates in response to higher inflation. This damaged faith in the Turkish lira as a store of value, and meant that both locals and foreigners were not willing to hold it as an asset. The currency has halved in value over the last two years and rates eventually had to rise dramatically so as to contain the damage.

Are there parallels between Turkey and South Africa?

The market lost faith in Turkey as it had a central bank that lacked independence and kept rates too low despite currency weakness and rising inflation.

While the Sarb is independent, it does operate in a difficult political environment where its mandate, inflation target and ownership is attacked by opposition parties and trade unions. While it talks hawkish, the bank has betrayed a dovish bias in recent years as it has tried to support a struggling economy. Recent attempts to talk inflation expectations down by saying they are targeting 4.5% inflation have been unconvincing.

Despite consistently hawkish talk, the Sarb cut rates in July last year and then again in May this year. We are in a US rate hiking cycle where the Federal Reserve has hiked four times over the same period. During this time we have also seen rate hikes from a number of emerging market countries. Our ‘real’ rate (nominal rate minus inflation) is now looking quite low relative to our emerging market peers. Hike rates, or the market will force you to do it

The Sarb’s rate-cutting cycle is beginning to make it look like an outlier in the global context. I think that a large part of the recent rand depreciation is due to this realisation.

The Sarb is in a difficult situation as higher rates will be an impediment to an already weak economy. Recent speeches by governor Lesetja Kanjago and other members of the monetary policy committee (MPC) indicate that they do not believe that they need to raise rates as inflation (currently 5.1%) is within the target band. Unfortunately, global developments often force emerging markets into a rate hiking cycle even when it will inflict pain on the local economy. This is the price we are forced to pay in order to reap the long term benefits of maintaining confidence in the value of the currency.

There is an MPC meeting on September 20. None of the 16 analysts on Bloomberg expect a September hike and only two out of 16 expect the Sarb to hike before the end of the year. I think both the analysts and the Sarb are too optimistic. Our repo rate at 6.5% looks about at least 1% too low in an emerging market context. In a rising global rate environment, the rand will continue to be a relative under-performer until we get a reaction from Sarb.

This article originally featured on his blog here.

Absolutely. What most people don’t realise is that interest rates are a market phenomenon. The future exchange rate can be predicted by the differential in interest rates between two currencies. If the interest rates were set by decree (fiat) then one could set the repo rate the same as the Fed and not have the currency depreciate wrt the US$. Unfortunately not.

Either the SARB raises interest rates 1% or the currency is toast when the speculators start up again. Tick tock.

Unfortunately the SARB is refraining from raising interest rates to appease the demands of the masses – at the expense of the SA economy (and common-economic-sense).

We are about a full 1% behind the curve or 9 months behind.

Cormel B 4 years ago

This is brilliantly put, thank you for your good work.