Load shedding over 10 years: Eskom, the economy and fiscal crisis 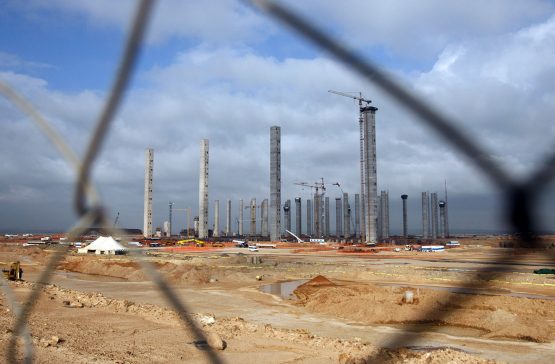 Statistics South Africa released data in early December last year indicating that farms and factories dragged South Africa out of its first recession in almost a decade … as the economy grew by more than expected in the third quarter of 2018. The data would have given South Africans reason to celebrate under any other circumstances but a few days before its release, Eskom Holdings, the electricity utility, had released its own salvo of data about Stage 2 load shedding. In this author’s view, “load shedding” is a euphemism used by Eskom to force the public to keep the lights off and for the public and private sectors to refrain from using Eskom’s only product – electricity.

Eskom would like the public to believe that it “normally takes a sequence of steps to keep the system stable and to avoid load shedding, the steps include first asking large customers to reduce load voluntarily” (www.loadshedding.eskom.co.za). However, since 29 November 2018 the experience of the South African public, including the large users of electricity, businesses and individual households has been that Eskom tends to skip those steps and goes straight to load shedding.

On the fifth consecutive day of Stage 2 load shedding during December 2018, Business Unity South Africa issued a warning that Eskom’s decision to reinstate load shedding would have a negative knock-on effect on the industry.

December 2018 was littered with sentiments along a similar vein as the country battled to understand the new spectre of load shedding, reminiscent of over a decade ago when South Africans were first introduced to rolling blackouts. During the period of load shedding in December 2007 and January 2008, South Africans came to understand that the rolling blackouts were as a result of a lack of capacity of the then aging power stations infrastructure. Over a decade later, it is load shedding déjà vu. This time around, however, it is Eskom’s failure and/or neglect of the upkeep of the aging power stations which plunged us into darkness.

At the end of November 2018 and every day at the beginning of December 2018, Eskom’s public announcements were that there would be continued power outages due to inadequate energy availability, arising from an ageing fleet of coal fired power stations with limited maintenance. It would appear that at this time, every single one of South Africa’s 12 largest and most important power stations broke down. This resulted in 17 371MW or 38% of Eskom’s total generating capacity being offline.

Throughout the rolling blackouts in the latter part of 2018, the pronouncements by Eskom to the effect that the Utility expected to launch its turnaround strategy in 2019, were intended to assuage the South African public. These platitudes, however, were and are of no solace at all to the public – the daily rolling blackouts are predicted to persist unabated for several months given the continued use of and reliance on decrepit coal-fired power stations. The ultimate effect of these utterances was to dim the nascent optimism brought about by the announcement that the South African economy had exited the recession in the third quarter of 2018.

The South African public was lulled into a false sense of security – believing that the aging infrastructure and limited capacity would be ameliorated by Eskom’s new build programme, in particular, the 4 764MW Medupi and 4 800MW Kusile coal-fired power stations. But, over a decade later, South Africans are informed by the Minister of Public Enterprises, Pravin Gordhan, that original equipment manufacturers …, had done shoddy work on both the Kusile and Medupi power stations.

The “shoddy workmanship” at Kusile and Medupi power stations is said to have contributed to the sudden onset of load shedding in December 2018. As a consequence, senior engineers at Eskom have advised the media that Eskom was in the process of instituting a major court battle against the original equipment manufacturers arising from design flaws that affected the full capacity output of the newly built Medupi and Kusile.

It has since transpired that at the onset of load shedding in December 2018, and contrary to expectations that the newly built power stations would bridge the gap of the ailing old power stations, Medupi’s three operational units either shut down entirely or lost part of their output. And, far from the Medupi and Kusile new build coal -fired power stations being a panacea for all load shedding ills, Eskom has accepted that both Medupi and Kusile have fundamental problems that will not give the country the full benefit of their anticipated capacity of approximately 4 800MW each when completed.

While Eskom lays the blame at the door of its original equipment manufacturers, the South African public simply wants to know whether and if the lights will be kept on for the foreseeable future.

Does Eskom have “senior engineers”, i.e. professional electrical engineers with experience in power generation and transmission?

No, but they have external consultants with those qualifications. The main purpose of Eskom is to create employment not electricity stupid

One thing is clear, race-obsessed people and organizations cannot think straight and are viciously destructive. Did we not learn anything from Apartheid?

My Power Station 2 years ago

We are continuously told by government that there’s no money, but if we think differently we will suddenly find we have ample money.

One way to find the money is to use the R100 billion for the Medupi power station in a different way. Stop the Medupi new power station development, pay the fines, and use the remaining R70 billion (my guess) for R30 billion of Solar Water Heaters (20GW of energy instead of 5GW of energy), R7 Billion for the teachers, and “change” for: feed in tariffs; zero VAT on renewable energy products; 30% rebates on all solar water and renewable energy installations; tax credits; R10 billion for training and skills transfer from Germany, Spain, USA, Australia, etc.

I had a meeting with an accountant today and did a presentation about thinking differently and mentioned the R100 billion. He said what can we do & we should concentrate on the “small numbers” that we can do something about. I said what’s the turnover of your biggest client? He said R200 million. I said that is 500 times less than what the government is spending (on 1 power station and we need 4 more in 5 to 10 years and another 16 after that!! – if we don’t change our thinking) and accountants have a huge amount of education and annual courses, exams, etc. The government employee probably doesn’t have this level of financial knowledge. How is it that she can understand a figure 500 times more than he can?

The point is that the citizens of the world pay these huge figures when we really don’t need to. The governments of the world have as much money as they need. They just print it. It’s called inflation. Let’s use some of this money to rectify our mistakes so that we don’t need a cost of living anymore – and so that we can have real deflation where our money is worth more each day instead of less each day.

Please visit My Power Station for more information about how you can reduce your personal carbon footprint today. Then please read “David Lipschitz Facebook Campaign to Make South Africa a Better Place” and write to our ministers and get the rules of the game changed. Email addresses are provided in the Facebook article.

Why would you attack consultants? With race based employment policies, the consultancies have all the excluded populations skills housed in them… The guys who havent packed their bags and left, the guys fighting the good fight… If it were BEE consultancies, sure, then its wasteful expenditure as its just middlemen fees to hire the skilled ones who do the work, margin sucking leeches…

“While Eskom lays the blame at the door of its original equipment manufacturers,” in which case steps need to be taken against manufacturers & contractors to recover the money paid or have the work redone as a matter of urgency.