Mokonyane’s tenure could be short-lived

Mokonyane’s deployment to the key communications portfolio is one of the more curious appointments Ramaphosa made to his new cabinet.
By Duncan McLeod 27 Feb 2018  14:28 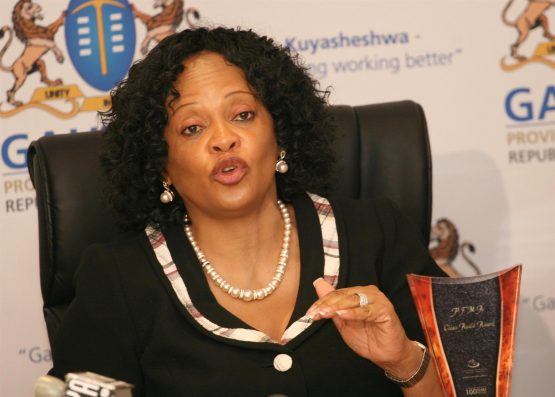 South Africa has yet another communications minister. Nomvula Mokonyane, the former minister of water affairs and sanitation, is the tenth person to hold the position in as many years. Anyone hoping that stability has returned to the communications portfolio is, however, likely to be disappointed by Mokonyane’s appointment. This is because it is very likely that when Ramaphosa announces his “reconfigured” cabinet – expected in the coming months – the departments of communications and telecommunications & postal services, which were created when the old communications department was split in two by former President Jacob Zuma in 2014, are likely to be remerged, with a new political head appointed.

Mokonyane’s deployment to the key communications portfolio is one of the more curious appointments Ramaphosa made to his new cabinet — another one, of course, is the disgraceful Bathabile Dlamini as a minister in the presidency (for women).

The glaring problem with Mokonyane, if one disregards her other foibles, is that she has zero knowledge of the ICT sector, yet she must pick up several key and complex projects that require urgent attention, the biggest of which is the stalled migration from analogue to digital terrestrial television.

The new minister, who was a staunch Zuma supporter, is (in)famous for defending the former president’s decision to remove Pravin Gordhan and Mcebisi Jonas as finance and deputy finance ministers in 2017. Zuma’s decision, which was almost universally panned, caused the rand to slump against major international currencies. “It was low anyway,” she said of the local currency’s slide at the time. “Let it fall; we will pick it up.”

Mokonyane, who didn’t exactly cover herself in glory as minister of water affairs — showing not much inclination to help the Western Cape to tackle its crippling drought — will have her hands full getting to grips with the extreme complexity surrounding South Africa’s digital migration project, which is now more than six years behind the original deadline set by Matsepe-Casaburri and almost three years behind a deadline commitment the country made to the International Telecommunication Union, which is part of the United Nations.

South Africa’s tardiness in completing the project means that mobile broadband operators — including the big telecoms companies — have not been awarded access to the radio frequency spectrum they need to expand their 4G/LTE networks and provide better coverage in rural areas. The lost economic growth as a result is enormous.

But Mokonyane, a powerful figure in the ANC Women’s League, is unlikely to last long. The ANC, at it’s mid-2017 policy conference, decided that the communications and telecoms & postal services departments should be reintegrated. Why Zuma split them in the first place is still something of a mystery, though it’s speculated that he wanted Muthambi — a staunch supporter of his, but highly inexperienced — to do his bidding at the SABC (including protecting the public broadcaster’s now-axed chief operating officer, Hlaudi Motsoeneng). Ramaphosa, thankfully, expelled Muthambi from his cabinet. She won’t be missed.

With the president already promising to reduce the size of cabinet, the communications and telecoms departments are likely to be the first to be amalgamated, possibly to create a new super ministry of ICT. Who will lead it? It seems unlikely it will be Mokonyane. Left out of Ramaphosa’s reshuffle on Monday evening was ANC chief whip Jackson Mthembu, who, it’s said, is in line for a cabinet position and, it’s also said, may get the ICT ministry position. Telecoms & postal services incumbent Siyabonga Cwele may also be in line for consideration, though he hasn’t exactly excelled at the portfolio. Another name that’s been bandied about is Nkenke Kekana, a figure in the Gauteng ANC who has good knowledge of the sector and could hit the ground running if appointed.

It’s perplexing that Ramaphosa — who himself is a former chairman of MTN Group and who understands the telecoms industry — would appoint a weak minister like Mokonyane to lead the crucial communications portfolio. But then he could simply be in a holding pattern until he can reconfigure departments and appoint the right person to lead ICT policy development. Let’s hope he doesn’t take too long to do it: for too many projects in the ICT sector, time is now very much of the essence.  — © 2018 NewsCentral Media

Another reason her tenure could be short lived is that her past history of involvement in corruption could catch up with her.If memory serves she was part of the “Amigo’s” corruption scandal in KZN, that is until the charges were mysteriously withdrawn.

Everything she touched FAILS and they keep her?? Worthless

Needs to up game mega quick. S A too far down the toilet to mess around for even a few months

Fawning the madmen in cancer must stop.

“remove Pravin Gordhan as Mcebisi Jonas as finance and deputy. . “, does anyone proofread articles?

Obviously CR must appease the Womens League – for now. He is undoubtedly setting up Dlamini, NDZ and Mokonyane to be removed on the next round when cabinet is trimmed down.