After years of relative underinvestment, MTN throws an enormous pile of money at its network problems.
By Hilton Tarrant 24 Aug 2015  00:20 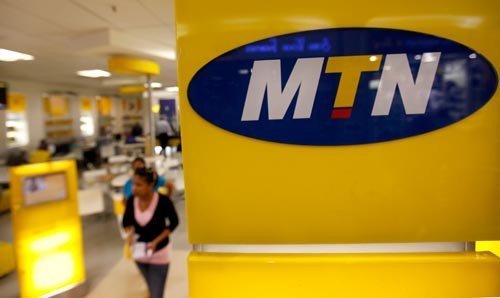 R10 billion. That’s the amount MTN South Africa will invest on capital expenditure this year. It’s a massive number. For the first year in memory (possibly ever), MTN will outspend Vodacom on capex this year. In the 2015 financial year, Vodacom spent R8.646 billion on capex. Now, Vodacom’s financial year runs to end March (vs MTN to end December), but it’s hard to see Vodacom topping R10 billion this year (FY 2016), especially with the detailed (and historically accurate) guidance it’s provided.

Executives at MTN didn’t wake up one morning and suddenly decide to throw money at its network because it had nothing better to do. Rather, it’s been forced into this situation. For context, its worth looking at the last five years as evidence of why the second-largest mobile operator in the country suddenly has to outspend its larger rival.

From a peak of R6.5 billion in 2012, MTN South Africa’s annual capital expenditure has been declining. Its tricky to do direct comparisons (given the financial year end differences), but in the 2014 calendar year, MTN invested R5.7 billion, while Vodacom invested over R8 billion. MTN’s unprecedented level of spending this year throws typical ratios for capital intensity in the sector completely out of whack. This ratio tends to sit in the low teens, somewhere between 10% and 15% of revenue.

In its six-year radio access renewal programme, completed in the first half of the 2015 financial year (between March and September 2014), Vodacom spent between 11% and 13% of group revenue on capital expenditure. That tended to be towards the mid to lower end of that range in SA (vs its international operations).

The background: Following Vodafone’s sale of its interest in US-giant Verizon, Vodacom’s parent committed an additional £7 billion to group-wide capital investment over a three-year period. This, called Project Spring, was focused primarily on network build across its operations.

Practically, this meant implementing high-capacity backhaul (its own fibre links), a single radio access network (effectively enabling upgrades from 2G to 3G to 4G with only software updates) and building additional radio sites (base stations).

From a customer point of view, this has very clear benefits (ones that management consultants to draw straight lines to to demonstrate return on investment): a better network, lower dropped call rate and a dramatic increase in 4G coverage. The commercial impacts are: an increase in 4G customers, decline in the churn rate of contract customers, an uplift in average revenue per user (ARPU), and data usage increase, along with the ‘softer’ stuff: sales and net promoter score (customer satisfaction) increases.

Vodacom’s derivative of Project Spring (remember the “ensured” copy and paste of strategy from Newbury?) has focused on the exact same elements, although the radio access network part had already been completed by the time Vodafone had its Verizon “dividend”. (Post Project Spring, Vodafone sees capital intensity reverting to 13-14% of revenue.)

This project, which is still underway, sees capital intensity at Vodacom of between 14 and 17% of revenue. In 2015, MTN SA’s capital intensity will be very close to 25%! That’s double Vodacom, relatively speaking, considering Vodacom has a larger network and customer base.

No wonder there are suddenly rumours anew about a tower-sale deal in South Africa. They suddenly make sense. Spending R10 billion this year on its network is going to obliterate its return on capital in this operation. Maybe the plan is to spend R10 billion and then sell a chunk of the network off and realise a similar amount…

MTN is effectively throwing a billion rand a month at the problem. In the first half of 2015, MTN’s capex in SA was up 134% year-on-year to R4.678 billion, only R1 billion less than it spent in the whole of last year.

In recent years, MTN has stopped publishing detailed network data, disclosing only base station additions per period (now we know why). Last year, it added 904 3G sites in South Africa and 23 LTE/4G sites. Vodacom, by contrast, added 1554 3G sites between April 2014 and March 2015, and 1684 (!) LTE sites in the same period. In a presentation to investors, MTN describes the plan to “catch up” on 3G coverage and to address the “LTE gap” to ensure “3G and LTE coverage parity”. It can only be referring to Vodacom.

In the first six months of this year, MTN has more than doubled (perhaps even tripled?) the size of its LTE network (it added 1 891 sites) and increased the size of its 3G coverage by roughly a third (adding 1 939, largely co-located sites).

I wouldn’t bet on its aim to achieve “parity” with Vodacom. Remember, the largest network in the country isn’t exactly frozen in time… its spending continues (and, who knows, may yet accelerate). Why all this capital investment?

Data, data and data. Nearly 30% (27.7%) of MTN South Africa’s revenue is data-related. Data traffic (volume) is up 62.6% versus 2014. (And before you script the eulogy, voice isn’t going anywhere, it’s up more than 100% over the same period.) For Vodacom, the numbers are very similar. Data traffic increased by 63.1% in the year to March 30. Data, as a percentage of service revenue, was 28.8%. This voracious appetite for mobile data is not slowing down, nor will in in the medium term.

What’s remarkable is that we’re seeing this unprecedented level of spending, despite the unavailability of key 2.6 GHz and 3.5 GHz spectrum (most operators in SA are being forced to reuse (‘refarm’) 2G and 3G spectrum to deploy 4G). Imagine what the level of investment would’ve looked like without this policy and licensing paralysis…

It’s a step in the right direction. The market needs assurance. Let’s see if it pays off for MTN’s long suffering shareholders and clients. At least the period of stubborn denial appears to be over.

MTN has a history of being caught out by events even if the company was forewarned two to three years in advance. MTN, like other mobile telcos, knew of the expected rise in data consumption and the impact on the networks at least four years ago. There WAS enough time to prepare for the data “surge”.

So it did what it always did – let the “safety margin” of time run out before it reacts. MTN only starts to fight back once it is truly against the ropes- so this latest announcement is a good sign. It would be an even bigger step forward if MTN (SA) can review and revolutionise their marketing effort to their pre & post-paid customers at same time.

Unfortunately what compounded MTN’s usual late reaction was the disastrous leadership by the former CEO of MTN SA where the focus fell on cost-cutting and staff retrenchments instead of network quality and customer service. The result is there for all to see. MTN’s share price has gone from R260 to R175 in little under a year. But, maybe the worst is now over….Let’s see. I might consider buying MTN shares again….