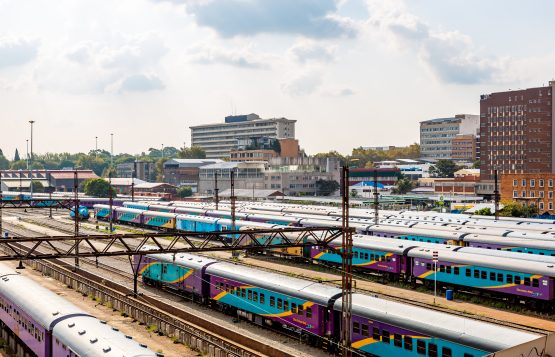 The board opposed a court application by three axed executives even though it did not have the proof it would need to demonstrate the lawfulness and validity of the dismissals. Image: Shutterstock

At the beginning of Part V, Volume II of the Zondo Commission of Inquiry report on allegations of state capture involving the Passenger Rail Agency of South Africa (Prasa), Chief Justice Raymond Zondo observes that employees or officials who resisted state capture or corruption were victimised and hounded out.

This was already public knowledge in 2015 when former Public Protector Thuli Madonsela released her report titled ‘Derailed’, which dealt with allegations of maladministration, procurement irregularities, conflict of interest, nepotism and human resources mismanagement, and victimisation of whistleblowers.

Madonsela found that then-Prasa Group CEO Lucky Montana had suspended employees without following proper disciplinary procedures and concluded that there was a “pattern of habitual suspensions” at passenger rail agency.

Read:
Lucky Montana: ‘We were not involved in criminality’ at Prasa
Prasa – further explosive revelations at Zondo Commission
Prasa malfeasance and maladministration go back a long time

Zondo, referring to Madonsela’s findings, reflected that “one would have thought that five years after Montana had left Prasa the unlawful, unfair or unjustified use by Prasa authorities of their power to suspend or dismiss employees which had been a problem at Prasa during Montana’s term … would have come to an end”.

Madonsela included in her report several instances of “suspensions and dismissals and in some cases failure to discipline which happened during Montana’s term at Prasa”.

Montana told the Zondo Commission that he had challenged the Public Protector’s report and had applied to the high court to have it reviewed and set aside. Zondo does not think Montana intends pursuing that application.

Dismissal of three executives in 2021

Keeping up with the culture of dismissing ‘problem’ employees, at the beginning of 2021 the Prasa board under the chairmanship of Leonard Ramatlakane “unfortunately” dismissed three executives – Martha Ngoye, Nkosinathi Khena and Tiro Holele – on the evidently spurious basis that they had been appointed on fixed-term contracts and these contracts had expired.

All three wrote to Prasa pointing out that they had not been appointed on fixed-term contracts. The board did not respond.

The three executives then instituted an urgent application in the Labour Court for an order declaring their dismissals “unlawful, invalid and void”.

The board opposed the application, even though it did not have proof that the three executives had fixed-term contracts with Prasa.

Zondo stated: “I am lost for words as to why all the members of the Prasa Board, the Acting Chief Executive Officer and Prasa opposed the executive’s court application when they had no defence to the executives’ unlawful dismissal claim on the merits.”

Zondo questioned whether the board was acting in the best interests of Prasa, especially as the Public Finance Management Act required them to “prevent irregular expenditure, fruitless and wasteful expenditure, losses resulting from criminal conduct, and expenditure not complying with the operational policies of the public entity”.

Zondo suggested that “serious consideration must be given to whether the Board members should not jointly and individually be required to pay back” the money wasted.

Zolani Matthews was appointed CEO of Prasa in February 2021. The board, chaired by Ramatlakane, dismissed him seven months later.

Ramatlakane previously served as an ANC member of parliament and was a member of Parliament’s Portfolio Committee on Transport during the term of office of the Prasa board chaired by Popo Molefe.

Molefe testified to the commission that the portfolio committee, or the ANC members of that committee, were “antagonistic towards his Board and effectively failed to do its job in relation to the problems at Prasa”.

Zondo concluded that the committee had “failed to carry out its constitutional function of oversight in relation to the problems” at Prasa.

Matthews’s dismissal ended up in arbitration under Judge Robert Nugent, who found that his dismissal “was unlawful” and ordered Prasa “to reinstate him”.

Nugent opined that Prasa is perfectly entitled to dismiss an employee but must do so “for proper reason”, and inferred from the events that occurred that Prasa wanted to be rid of Matthews “and has cast about [for] reasons to do so”.

The board at one point gave as a reason Matthews’s dual citizenship, but Nugent questioned why the Prasa board thought “he was obliged to have disclosed the dual citizenship if they could not explain why making that disclosure was material to his employment?”.

Nugent concluded that the board and Ramatlakane gave inconsistent reasons for Matthew’s suspension.

Prasa had no CEO for six years

In wrapping up the evidence of Prasa’s history of suspending and dismissing employees for no good reason, and discussing Nugent’s arbitration award to the three dismissed executives above, Zondo remarked that even “after Prasa had had much instability for six years when it did not have a permanent CEO, that instability has continued even after a permanent CEO had been appointed”.

Read:
Prasa’s financial management out of control
Prasa has shown itself to be the ultimate gravy train
Mending Prasa will be a long haul

Zondo observed that seven years after Montana’s departure, the new CEO was dismissed before he could even complete a year, and that the board “was simply looking for whatever reason it could find to get rid of him”.

Those who wielded power did nothing

Zondo lamented that the employees who tried to stand up to corruption were “unable to stop the rot and weed out the wrongdoers because the people who wielded public power” – the leaders of the ANC, parliament, and the law enforcement agencies – were obstructive and refused to assist and simply stood by.

Why did the leaders of the ANC stand by while Prasa was collapsing from within?

Did they think Prasa was the proverbial goose that would forever lay golden eggs?

Did they not understand that such a vital group providing essential services to the public would not be financially sustainable if it was being systematically looted?

It is not just the 2021 board members of Prasa that had a culture of dismissing ‘problem’ but every year since the corrupt ANC cadres took over.

The board members and employees owe the SA citizens billions through their corrupt and incompetent conduct.

The real “problem employees” that should have been dismissed long ago are members of the board.

Madonsela for President is my only comment! Time to get a decent, ethical, honest well educated, brave person running this country if it’s going to survive.