SA unemployment is far worse than a bloodbath

The country’s unemployment rate is five times that of the world average. Forget the Great Depression, this must be clinical depression.
By Mike Schüssler 25 Aug 2021  00:01 Of every 100 people between the age of 16 and 64 in South Africa, fewer than 38 are employed. Image: Bloomberg

South Africa recorded an unemployment rate of 34.4% in the second quarter of 2021. This is 6.8 percentage points higher than the rate in the first quarter of 2019.

Of all the countries in the world that have released data for this period SA has by far the highest unemployment rate. The 34.4% rate is also a South African record.

South Africa’s unemployment rate has more doubled since 1995 – and these are the official figures from Statistics SA.

This tragic state of affairs is about people’s lives and their ability to survive. For those of us in the formal sector it is a misery we see with our family members. It is also a big political risk factor.

I would say one could call this a bloodbath, but a bloodbath can be cleaned up. This situation however will take the best part of a century to fix now, I think.

No one should make light of this. That it is not put up as front-page news every day and our leaders are not held to account stuns me.

The increase to 34.4% from 32.6% unemployment in the first quarter is not so much a function of job losses as it is the total lack of new job creation. SA lost 53 000 jobs, but unemployment increased by 186 000, indicating that more people entered the market (from a low rate of participation as one can only be unemployed if one is looking for work and able to start work).

Our narrow unemployment rate has for 25 years averaged over 25%. This is nothing else but entrenched poverty and misery for a large part of our population.

In 1932 America reached 25% unemployment for a few months and it was called the Great Depression. At 34.4% unemployment and an expanded-definition rate of over 44% I would say it must be a clinical depression. The world unemployment rate for 2021 is estimated to average 6.3% this year, according to the International Labour Organisation.

This more than anything puts the 34.4% unemployment rate in context.

Currently SA’s unemployment rate is five times that of the world average.

That is some context so that you, dear reader, can see that this is not some sad economist telling you depressing things without reason. In fact, a few countries have reduced their unemployment rates, including in the eurozone. (See chart below.)

So just blaming Covid tells me that SA is taking the easy way out. Yes, Covid is a real problem and the lockdowns destroyed much. But without real cash to bail out the productive sectors the productive part probably had to shrink far more than would have been the case. Arguing about the demographics of those needing help destroyed money too. As did corruption.

Greece, which was considered a basket case a decade ago, has seen unemployment halve in a decade or so. Between 2019 and 2021 Greece’s unemployment rate dropped by 3.5 percentage points. This was during a pandemic that hurt the tourism industry all over.

Greece now has an unemployment rate less than half that of South Africa.

Indeed, one can do it – but it takes leadership and letting the market do most of the work. The expanded definition of 44.4% is also the highest level the expanded unemployment rate has reached.

SA now has more unemployed adults by this definition than people in the formal sector.

Quite frankly I do not know of another modern economy where this is the case.

It means that even if the country doubles the formal sector overnight we would still have over 1.7 million people unemployed.

Just on six million people are long-term unemployed. Nearly 800 000 people who have completed tertiary education are unemployed. That is more than all the students currently at university full time. A further three million people with Matric are also unemployed per the official definition.

The next five years of school leavers combined would be less than those who completed school and are unemployed now.

So how many people work?

Fewer than four out of every 10 working-age South Africans are employed, and only 37.7 of every 100 people between the age of 16 and 64 are employed.

This is one of the lowest known rates of employment and shows the depth of the crisis.

Simply put, there are now over a million more people unemployed than working in the formal sector. How many people are dependent on each employed person?

Less than a quarter of the whole population is employed. This means one income from employment has to stretch to cover at least three others (four people in total).

The formal sector employs but one in six South Africans, while only one in eight people in SA pays individual income tax.

South Africa is now close to a tipping point.

When we go below a third of all working age adults employed, the dependency ratio will increase further still.

But say the ratio of employed adults drops another eight percentage points or so in the next decade and other ratios like that of the formal-to-informal sector stay the same as now – then the formal sector will only employ one in five working-age adults.

Add the rest of the population and the person employed in the formal sector would have to feed and clothe eight people. Likely only one in 10 would pay PAYE tax, which means government would have even less than now to share and that will hurt its election chances even more.

We have truly fallen rapidly and perhaps Covid was an excuse to cut payrolls, or the knock-on impact of the corruption has come home to fry us.

The good news perhaps is that we will see the worst before the desperately needed change in economic policy direction happens.

The bad news: will anyone be strong enough to change the course of the Titanic, or is it just everyone fighting over the life rafts and the dumb politicians running away with the deck chairs?

I remember years ago in eco 101 where our prof made fun of Greece.

What a mess it was back then with constant political uncertainty, sale of everything that’s not nailed down, euro zone debt crisis and extreme austerity measures. Tough and difficult decisions were made because they had no choice.

The fact that ANC is still in power is mindboggling and inane.
Any other political parties in any other country with such high unemployment rate would be dragged out and sent to the guillotine.

Soon enough, we will be in the same position as Greece where creditors dictate national policy.

Creditors dictating National Policy would be a Blessing but even that wont work as our Population is incapable of Implementing anything that works !!

That means the anc will never solve the problem.

Forget. I agree it will take centuries to fix. Population growth 20-30 years ago was probable around 2.5% not 1.5 like they say it is today. These are the people looking for jobs today and entering the labour market. Where would GDP above that come from with anc policy and the likes of ESKOM??

Sorry the tipping point has come and gone.

This is indeed a very grim picture. The will of the current ruling party is not strong enough to pull the wagon through. Covid-19 has indeed contributed to the situation, but is not to blame for the situation we find ourselves in. There has been a steady increase over the years, with no concrete plans to stem the flow of people joining the unemployment queue.
Apart from this, we are also one of the most unequal countries in the world, and based on 2019 figures, the most unequal in the region. The income share of 10% of households is estimated at 65%.
The informal sector in my opinion, blinds government from seeing this as a real problem, and this coupled with the insatiable greed, looting our money with corruption, will continue to increase unemployment.
There has to be a solution, with all the great minds we have in our country.
A change of government is unlikely, because we keep on being thankful to the ruling party for leading us out of apartheid. We are blinded by the fact that cronyism and corruption keeps us from getting what each citizen deserves from government.
Political change alone, will not solve the problem, real leadership from all spheres, and a common goal will take us on the right path.
This has to happen before it is too late.
At this point in time the governing party holds the key to unlock us from the dire situation we find ourselves in, but will they use that key in a responsible manner.

South Africa has the highest unemployment rate in the world. We are also the most socialist nation on earth that has not entered a hyperinflationary death spiral yet. Connect the dots.

My Fellow South Africans……this is why you should keep voting ANC…..hahahaha!

Where are the laptop-liberals who shouted ‘we must shut down the economy to save even one life’ all of last year now? This is what they supported.

Must thus be great business to be in the pharmaceutical industry, supplying anti-depressants to most of the public.

This is my concern: future crime getting worse

By the time I reach a frail 70+ age, I’ll probably be mugged by the youth of today, i.e. by the babies current being carried on mother’s backs.

Can I randomly kill today’s 1-year old kids, and claim “it was for self-defence” when the year 2040 has been reached? 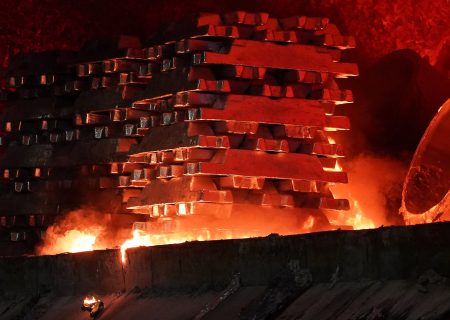