A case for mediation

Mediation should be your first course of action when considering divorce proceedings.
By Gillan and Veldhuizen 13 Oct 2018  00:05 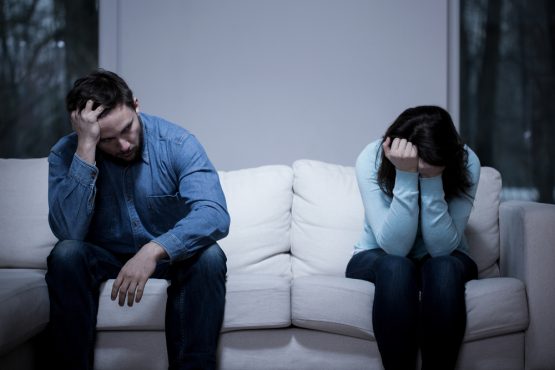 Through a mediation process one is more likely to reach an amicable, fair and cost effective resolution. Picture: Shutterstock

You know the saying, ‘There are always three sides to a story’ – his version, her version and the truth, none more so than when it comes to divorce and why having a mediator on board to get down to the real stuff is vital in matters of the heart/divorce proceedings.  Besides the fact that mediation is far less of a financial burden than going the legal route, you will more than likely be able to reach an amicable, fair and cost effective resolution.

In civil court cases each party is trying to achieve a win – a win is normally defined by the loser having to pay the winner out of his or her pocket.  Unfortunately the winds of emotion often blow out the lamps of logic where the warring spouses are so filled with emotion and anger towards each other, they are determined to have their day in court where presumably one party will be ‘punished’.  The differentiating factor in matrimonial disputes is that there is only one pocket, so both lose by spending money on litigation fees which could have been split between the two parties.

What many people don’t appear to appreciate is that South Africa has a ‘no-fault principle’ in its divorce law – the court doesn’t actually care what you did wrong and only in the most exceptional cases will parties will be denied patrimonial benefits as a result of their conduct.  So if, for instance, someone has had an affair, it won’t mean that the spouse will automatically get maintenance – it’s irrelevant – except only in the most egregious of cases, which is very rare.   The point is: divorces are about money and children!

In the child’s best interest

The high court is the upper guardian of all minor children and will always need to sanction any agreement the parties reach, whether through mediation or otherwise.  In fact, such an agreement needs to be endorsed by the family advocate and it’s only in extreme cases that an intervention is required to determine access to and the living arrangements of children.  These are best dealt with out of a court system and in an environment where a mediator can accept reports from appropriate mental health professionals and guide the parties on what is in the best interests of the children.

The financial issues, with respect, are not something which should detain a presiding officer in a court but should preferably be capable of being resolved through a settlement facilitated by a trained and accredited mediator. Where parties are not entirely candid about their assets, rather than spending inordinate amounts of money on forensic audits, it is better to wait it out – presumably the parties have signed a clause in the agreement which says, ‘The parties warrant that what they have said here today is a true and full disclosure of their assets.’  In the event that it comes to light at any time in the future that someone was less than truthful, then the other party is essentially entitled to a 50% share of whatever is available.  And that keeps people honest.

An opposed litigious divorce case can take forever and cost hundreds of thousands if not millions of rands.  Mediation, however, will cost as little as R10 000 to R30 000, depending on how long it goes on for; perhaps even less.

Mediation is defined as ‘the process of negotiation in a relationship to resolve differences’ – here’s how:

Regrettably, and possibly predictably, parties that couldn’t get on while they were married are unlikely to get on post-divorce either.  Again two areas that will pop up are money and children.

But who is trying to get a ruling passed in the High Court for mediation to become mandatory before litigation, whilst you don’t want to oust the court’s jurisdiction, it is always advisable to mediate before going to court – the courts must and always will be there but should be a last resort.

Gillan and Veldhuizen focuses primarily on commercial law arising from issues relating to the Companies Act, the Consumer Protection Act and the National Credit Act.

Well-if they could not get along before the separation/divorce why should it be otherwise at mediation which pre supposes some degree of cooperation and sanity. Both normally lacking at a divorce. Then you have to go through it again in court.Rather go to court where people are forced to deal with the issues.