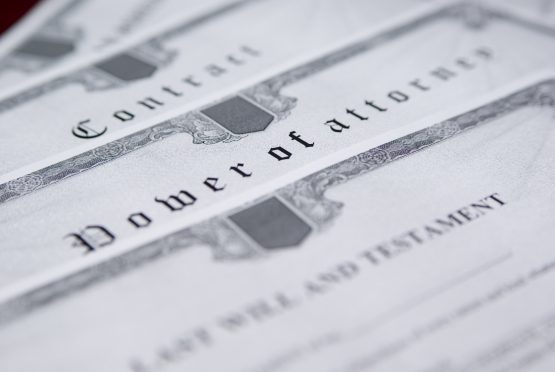 It’s hard to think about, but a day will come when you or your spouse, your parents or someone you care for will reach a point where they won’t be able to make decisions for themselves. That is when others will have to step in to manage their finances, make decisions about their day to day living, or decide what kind of medical treatment they should have.

Enter the power of attorney, a popularly turned to, cheap and easy-to-draft legal document that allows a senior person choose someone who will have the power to act on that older adult’s behalf.  However, this document will fail just when it is needed most.

A major problem affecting powers of attorney granted is that it lapses the moment that the grantor is unable to mentally grasp or understand the effects of a decision – in other words once he or she becomes mentally infirm – whether it be through dementia, a stroke, a coma, Alzheimer’s etc.  Therefore, the main reason to grant a power of attorney is foiled. Any action taken by the person who holds the power of attorney after the grantor has become mentally incapacitated can be set aside and the decision maker sued in their personal capacity.

Many people are caught unawares by this because it seems so illogical for the power of attorney to lapse just when it’s needed most.  But that, unfortunately, is the law – as a Department of Justice document puts it: “In South Africa the power of attorney remains valid only for as long as the principal is still capable of appreciating the concept and consequences of granting another person his or her power of attorney”.

It is true that many powers of attorney continue to be acted upon long after the grantor is mentally incapacitated, but there is always the risk of challenge should events not pan out as expected, even though the grantee has acted in good faith. For example, what seemed to be a sound investment could fail or the sale of fixed property could lapse in a declining market amongst others. Obviously if the grantee acts dishonestly or in bad faith he is liable for actions against him.

So what are the alternatives?

The High Court can appoint a curator when a person becomes unable to manage his/her own affairs. Unfortunately, curatorships are costly and prone to bureaucratic red tape and delays.

A simpler and cheaper alternative is for the Master of the High Court to appoint an administrator in terms of the Mental Health Care Act. This person only has power to deal with the incapacitated persons property (not personal affairs), and this alternative is only available in cases of actual mental illness or severe/profound intellectual disability, and only for smaller estates.

A third option, whilst the person in question still has legal capacity, is to set up a trust to house your assets under the administration of trustees. This will ensure that should that day arise when you are unable to manage your own affairs due to mental incapacity, your loved ones will still be looked after, and your assets managed without interruption.

“Unfortunately nothing concrete has as yet come of that, and although some legal commentators suggest that our courts might perhaps uphold a properly-worded Enduring Power of Attorney, the general consensus appears to be that they will not be recognised.

“Government has been wrestling with the conundrum around the power of attorney dilemma for many years without success.”

If they had succeeded it would really have been news.

“A simpler and cheaper alternative is for the Master of the High Court to appoint an administrator in terms of the Mental Health Care Act”.
This reminds me of a recent movie on Netflix called “I care a lot”. It shows how the above can be abused to the extreme.

Due to the despicable behaviour of kings, queens, despots and other politicians, citizens have had to turn to constitutional rule, where courts have the ultimate say, holding all citizens (including politicians) to account, based on laws drawn up by the people, for the people. The hope was that we could get learned people involved, who would act appropriately, seeking fairness, justice and equality for all. Only, the reality turned out to be something completely different. The people never drew up the law; politicians and legal eagles did. In the process they created a due process that does not ensure justice and is to expensive, ensuring that ordinary citizens can’t afford to use it. Today, our best hope is that, should you go to court, the legal eagle you can afford, can outwit the legal eagle the opposition can afford, knowing that, from the outset, you never stood a better than 50% chance. Far from being the answer we wanted, it turns out we handed power over our lives to another bunch of power-hungry autocrats (go to any court and see these little Hitlers in action), who uses the broken law and broken process to uphold what is not to the benefit of ordinary citizens. In SA we have a further problem, in the sense that our legal arbiters aren’t up to the task. The magistrates in our lower courts are known to be inept, showing very little understanding of the law. This has spilled over to higher courts; even the constitutional court. It makes a bad situation even worse. Constitutionalism, therefore, was not the answer. All it did, was to create the illusion that ordinary citizens matter.

Thank you for the interesting article, is there a standardized power of attorney document and where to i get one?