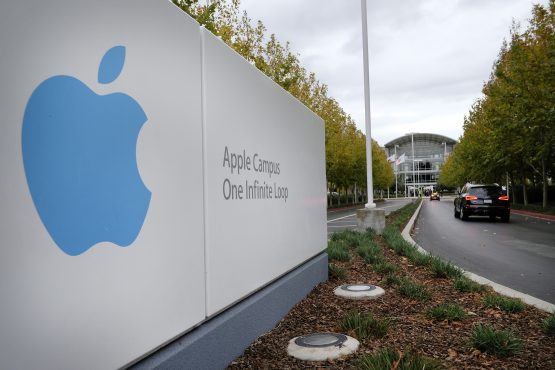 Picture a bank that lends $1 billion to small businesses in 12 months, holds $150 billion in corporate bonds, runs the world’s largest money-market fund, offers mobile payments and credit cards, and gives customers cash balances that can be topped up across thousands of homely bricks-and-mortar outlets.

Except it’s not really a bank at all, but a technology firm.

Google offers payments; Apple invests its cash in company securities; Amazon.com lends money and offers account balances in-store; Alibaba Group Holding manages customer funds like an asset manager. Many seem quite comfortable nibbling at the best bits of finance without actually taking on the burden of being a licensed bank.

Unsurprisingly, banks don’t like this state of affairs. Barclays  CEO Jes Staley predicted in October that technology would be a battleground for finance over the next 15 years, and called for regulators to “extend their reach” and level the playing field. Finance firms are lobbying heavily against an application by Square, a fintech start-up run by Twitter co-founder Jack Dorsey, to be regulated as an industrial loan corporation, a kind of halfway house between bank and non-bank.

The bankers have a point, to a degree. The bigger and more sprawling tech firms get, the more regulators need to be alert to systemic risks posed by non-banks that could affect broader financial markets.

Apple owns more corporate debt than the world’s biggest bond funds; Alibaba’s financial affiliate is now being reined in after ballooning in size. The Financial Stability Board is studying how tech firms manage their cash as part of its regular report on shadow-banking assets. This chart helps to explain why they are looking. But regulators should also be wary of intervening too much. One reason why shadow finance is so popular is the wave of rules brought in after the financial crisis designed to shrink the banking industry. If risk is being spread across non-systemic actors who are unlikely to need a government bailout if things go wrong, what’s the problem? Tech firms, along with funds and insurers offering direct lending, are filling a void left by banks — not destabilising the system, reckons Norm Champ, a partner at law firm Kirkland & Ellis. They’re unlikely to go much further for now.

Besides, are banks so sure that regulators would come down on their side? Regulators might take the view that banks and non-banks should be equally free to offer financial services on the same shelf as groceries or books, whether you’re Square, WalMart or Barclays. Banks may have the advantage of trust and experience in financial matters, but in a free-for-all war that pits platform against platform, they won’t all be winners.

Big Tech knows it has plenty to lose from a too-eager dive into the world of regulated banking (advertising revenue from banks, for one thing.) And lenders should also remember there is such a thing as healthy competition. A level field might be harder to play on than they think.