Budget preview: 3 issues that need to be addressed 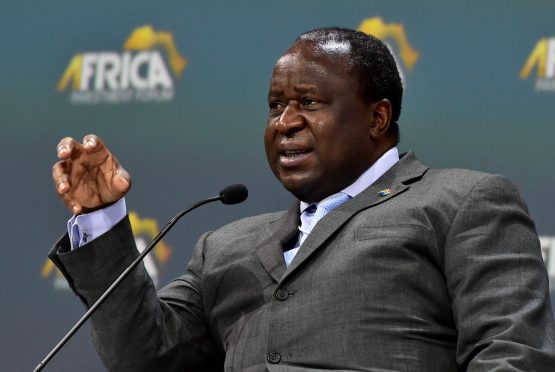 All eyes will be on Tito Mboweni when he delivers the budget speech next week. Picture: Jairus Mmutle, GCIS.

The medium-term budget policy statement delivered last October, much like the one in 2017, reflected government’s inability to make difficult decisions in an environment of deteriorating economic conditions.

With Tito Mboweni as the new minister of finance, expectations were that we would finally see those tough decisions being made in the February 2019 budget.

Since then, however, there has been speculation around whether Mboweni will stay, and questions around his relationships within National Treasury, both of which are unsettling.

There are concerns whether this budget, due to be delivered next Wednesday (February 20), will provide much-needed clarity on the difficult choices we need.

There are three key issues we need him to address.

1. Narrowing of the budget deficit

The general expectation is that the consolidated budget deficit will narrow from a projection of 4.2% for the fiscal year starting April 1 2019 to below 4%. Unfortunately, December revenue data showed disappointing collection across all three major sources, particularly personal and corporate income tax. In addition, there is very little room to raise taxes. After a number of years of tax increases, more recent hikes in tax rates have led to far lower than expected increases in tax collection, as the economy is under such strain.

With higher revenues therefore not the solution, we need to see cuts in expenditure. In 2018, the government resorted to cutting capital expenditure budgets. Therefore, any dramatic spending cuts can only be done through job cuts – and that looks very unlikely in an election year.

President Cyril Ramaphosa made promises in his State of the Nation Address (Sona) around support for Eskom. We need to see details around the measure of that support in the Budget, and – more importantly – the manner in which it is linked to a general restructure of Eskom.

If all we see is a bailout, it will be the worst possible outcome. Moody’s has already stated that any debt relief for Eskom from the government without immediate cost cuts at the utility would be credit negative. Since Moody’s is the only investment grade rating South Africa has left, retaining their confidence is key.

As Ramaphosa stated in Sona, Eskom needs to cut operating expenditure. In practice, it means Eskom needs to cut jobs. Most of the studies we have seen suggest that about a third of the workforce is not required. Cutting jobs in the current economic climate is difficult, but necessary.

Treasury will need to ensure that any support for Eskom is explicitly linked to the power utility achieving cost containment. This is vital.

Ramaphosa also noted in his Sona that the National Health Insurance (NHI) Bill would be tabled in the coming months. This is in line with stated ANC policy.

While the costs to implement NHI in full would swamp the budget, we expect that the Bill will outline the principles for a gradual implementation over a long period of time.

As the success of the NHI requires a vast improvement in the public health system, we would also hope that implementation is dependent on measured progress in the system.

Between politics and economics

The last decade has seen a persistent decline in South Africa’s fiscal metrics. A range of poor policies and decisions by the Zuma government, widespread corruption and poor growth are the causes of our current problems. Around three years ago, the pace of this deterioration accelerated.

Government should be making some difficult decisions around staff numbers. It needs to prioritise service delivery and cost-cutting. It is possible to do both, given the vast inefficiencies in the public service. For example, there is an average 10% absenteeism rate among teachers.

Unfortunately, the dysfunctional politics of the ANC coupled with the realities of an election year will make all this difficult. We expect only the most difficult decisions to be made. Anything else will be delayed.

Sadly the ‘racially selective programme launched by the South African government (called BEE)’ (Wikipedia), which never grew to be truly broad based in the public sector, should never have been applied to critical areas of SA’s economy like Eskom and the health sector as they are too important and too critical to fail and failure can mean the collapse of the entire economy.

Now, going forward, with all the SOE’s and all the other the public sectors like the health sector in dire straights, they keep trying to apply the same failed BEE programme to fix the problem when it was the cause of the problem in the first place.

There does come a tipping point where you need to stop applying the same failed programme to something to turn it around, otherwise you risk falling off the cliff.

Needless to say that it is the cocktail of corruption and BEE that is the real problem.

The solution is simple. Make one hard and very unpopular decision. Close the Department of Labour and scrap all labour laws. Institute a No Work No Pay policy.

Government and business will benefit from this. Corruption for example needs to be stamped out, but the SAPS etc are inefficient as the workers don’t care as they are being paid whether they perform or not. People keep saying there is no accountability, but that’s not the case, there is no way of enforcing it. Even the proposed NHI will work, as staff will be capable and will be performing. Just imagine walking into Home Affairs and receiving quality capable service.

No Work No Pay will ensure that Government and business will flourish as they will be able to sift out the best workers, which will make everyone competitive, which means growth and money.

Government is being held hostage by the lazy and ignorant people and if they can’t see that, we have a huge problem. True leaders are the ones making unpopular decisions.

Your about as sensitive as a brick, but I do agree with you.

The fundamentals are all broken and the priorities irrational.

The media keeps talking about the lost 9 years of the Zuma administration, sorry but it’s the ANC administration that has caused a quarter of a decade pain and suffering. This is just a cover story to keep put some distance between one and the same problem and to confuse voters.

Finally I found a traffic intersection where I can try my luck with motorists to collect a few shekels in order to pay my taxes. However, it is not a full time placement because it only works when cars have to stop when the traffic lights are working. With load shedding, cars only slow down so I cannot ply my new begging skills as Eskom have made it impossible for me to do an honest 8 hours a day of begging. So, with the income I get now, it will below the threshold, so I am offering you, SARS, an advance apology that you get nothing from me in the foreseeable future.

I am elevating dodging SARS to an art form. Legally, of course.

I rather just keep my comments for myself and let the Rand speak ( shout for that matter! )

Why do politicians always look so fat, and sweaty?