Commandments of a Cheapskate 7 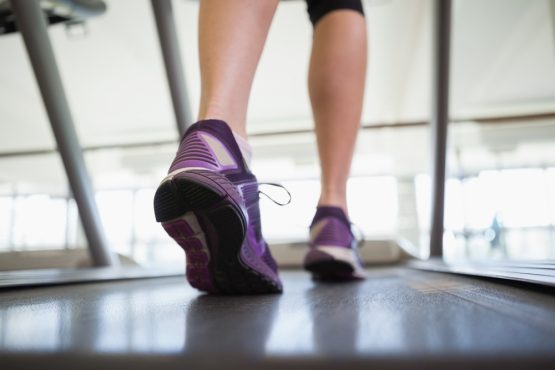 An investment in your health is arguably one of the best you can make. Picture: Shutterstock

If you ever hear strange noises outside the window of your flat at 23:15 on a Friday night, peek outside and see someone doing something vaguely resembling exercises, don’t call the police.

At least not immediately.

You see there is a good chance that the woman gasping for air while running in circles around the apartment block is me – busy with a desperate last attempt to achieve my weekly Vitality Active Rewards goal before midnight. In my case, it basically means running 30 minutes at least three days a week with an average heart rate that feels like death is around the next corner, but that is allegedly proposed by the American College for Sports Medicine.

Since I joined the programme two years ago, reaching this goal has become one of the targets I set myself every week. (Ok, truth be told, most weeks it is my only target.) While my therapist regularly warns against the dangers of “obsession”, I feel that “commitment” is a more apt description for my resolve.

Such is the level of determination that a friend recently observed: “Who needs a dog? We can just fasten our fitness devices to you!”

Having failed to convince the South African Sports Confederation and Olympic Committee that the rapid eye movement associated with reading qualified as a sport, I joined the gym about four years ago.

At the time, it was cheaper to sign up for Discovery Vitality and buy a gym subscription than just doing the latter, so I took the plunge. I didn’t go that often, but slowly but surely embarked on a journey that involved slightly more action than switching a book for a movie.

When Discovery introduced an extension in the form of the Active Rewards programme two years later, I signed up for that as well. No additional costs were involved and I could receive substantially more benefits – with one caveat: I now had to exercise regularly as explained above.

Being quite sceptical of any financial product that promises a reward (reward for whom?) or bonus (higher initial fees paid out as a “bonus” thanks to compounding after the provider took a cut?) I naturally wondered if the programme was really worthwhile. Regular Moneyweb readers will remember that I was quite critical of revisions introduced to the programme after about six months, particularly since the changes could influence the cash-flow of members who signed up for the Apple Watch. Following a public outcry, the system was revised, but integration problems with device providers like TomTom left a bad taste in my mouth.

But after some teething problems, I can honestly say that the programme has been worth my while – in more ways than one.

Let’s look at the financial impact first. To calculate my benefit during 2017, I have only included reimbursements of those expenses I would have had even in the absence of the Active Rewards programme (in other words, I didn’t incur these costs merely because I could get a discount on the programme). Since peanut butter bliss smoothies are not something I generally would have bought, I have disregarded these items in the calculation.

If one argues that I had to be a Vitality member to activate the Active Rewards benefit, the effective reimbursement reduces to R2 984, which is still enough for my December plane ticket.

The thing with rewards programmes in general is that one needs to think carefully about what it is you require and why you sign up – the considerations and numbers will differ for each individual. Personally, the financial benefit wouldn’t nearly have been as substantial had I also signed up for the Apple Watch (which would have required buying an Apple iPhone and getting a Discovery Gold Card in my case). I also become hesitant to take on more benefits when it requires additional activation fees or further paid-for assessments, but one needs to do the calculations on a case-by-case basis to see if it is worthwhile. Ultimately, it is not all about rands and cents, but about value.

While the Discovery model encourages clients to sign up for more products, tread with caution where it is linked to certain targets, as your initial enthusiasm may wane or benefits could be reduced – potentially just leaving an expense. At the moment, I am seriously considering terminating my Team Vitality running membership in 2018, since its value-for-money has reduced significantly over the past two years, considering my personal circumstances.

Of course, the aim of the Active Rewards programme is not monthly financial gain, but to promote healthy behaviour and reduce health costs in the long run. And I can honestly say that I have benefited in the health department, even though my aim was not to reduce my cholesterol level or lose weight. Moreover, I think society in general has benefited greatly due to fewer road rage incidents and angry comment section posts on my part.

An investment in your health is arguably one of the best you can make. (In this regard, it would be highly appreciated if someone can come up with a healthy green vegetable with a “meatier” taste. Or a slightly higher alcohol content.)

If you ever hear strange noises outside the window of your flat at 23:15 on a Friday night, peek outside and see someone doing something vaguely resembling exercises, don’t call the police.

At least not before 30 minutes have passed.

Read more of Commandments of a Cheapskate columns:

A salary-earner’s pursuit of financial health

Rethink your approach to car buying

The big decision: What to do with your fortune

How to flee from financial FOMO

An expensive lesson in mobile downgrading
Do you know the price of milk?

Although your numbers look compelling, being a libertarian I detest anyone and anything (including health programmes)who/which try to prescribe a lifestyle to me. Convince me with a logical argument that something is good for me, but don’t try to “bribe” me with incentives. The philosophy behind these programmes is all wrong and is open to all kinds of fraudulent behaviour. Yes fraud! What else do you call hanging an Apple watch on a dog’s collar?

I’m with Momentum Rewarder and I’m very happy with my financial rewards. I need a 5km jog (or about 35min spin class) for an “active day”. I can also buy Takealot vouchers from them at a discount (eg R830 for a R1000 voucher) that is a treat. They have a new thing now that I must still work out if it works for me or not, but it is a Momentum app that is on your phone that monitors your driving – with related discounts on your car insurance. It still says I’m accelerating too fast although I’m now the last car away from the robot – so it needs development. But if there is a que where anyone is handing out savings – you’ll find me there.

So Momentum is the cause of all the slowcoaches messing up the traffic at robots. Now we know …

Incidentally I did the same calculations a few weeks ago to check if jumping through all the hoops are worth it.

To get the most out of it you need the discovery card at a monthly fee. You pay for the credit facility even if you don’t want it (I have tried to reduce my credit limit to R0 but according to Discovery thats not possilbe, you need credit – go figure). My bank has a credit card included in my bundled fee so I actually have no use for the discovery card other than trying to get discounts.

To get your vitality status to the level where the discounts are worth it you need to do all the tests – health check, fitness test, children’s check ups, dental check ups, etc etc. all of them costing R250 upwards. Going to the gym or tracking your steps with your phone won’t nearly get you enough points, you will need a fitness device which will inevitably also cost you something when you can’t reach the fitness targets anymore.

I am sure there are people for which it still makes sense, hoewever I am done jumping through the actuaries’ hoops just to get my money back I spent to get my money back (and through it all paying for discovery to build up their database and refining their model). In any case, Momentum offers a similar hospital plan for 25% cheaper, so I am switching in Jan 2018.

So Inge, I am not disputing that vitality works for you, I am just challenging you to consider all the costs involved to get the eventual saving.

Commandments of a Cheapskate 11

Commandments of a Cheapskate 9

Commandments of a Cheapskate 6

Commandments of a Cheapskate 5

Commandments of a Cheapskate 4

Commandments of a Cheapskate 3

Commandments of a Cheapskate 2

Commandments of a Cheapskate

Commandments of a Cheapskate 11

Commandments of a Cheapskate 9

Commandments of a Cheapskate 6

Commandments of a Cheapskate 5

Commandments of a Cheapskate 4

Commandments of a Cheapskate 3

Commandments of a Cheapskate 2

Commandments of a Cheapskate