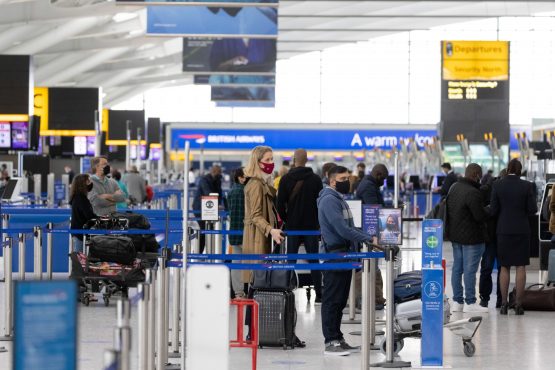 I woke up this morning [Friday] to CNN announcing the United Kingdom has put South Africa on its so-called Red List for travel again, followed shortly afterwards by France, Germany, other EU countries, Israel, and now even Mauritius has reinstated its travel ban.

I was hit hard with all the bad memories of 18 months of hell for one of the industries that forms the backbone of South Africa’s economy.

We launched two hotels this week and I saw the smiles of the hundreds of newly employed members of The Capital family, beaming with positivity and hope for a new future, after months, if not years, of unemployment.

We were heading in the right direction.

And then the NICD announced that it had identified a new variant of Covid-19, that has since been dubbed the ‘Nu’ variant – followed quickly by inbound travel bans from countries from whom tourists were going to give our tourist industry a chance at survival this holiday season.

Do they not understand that this fear mongering is directly taking food out of people’s mouths, with more than 300 000 overseas tourists now no longer able to come into South Africa and bring our travel and related industries back to life?

I’m certain that in just a week or two we will have the data that says that this new variant does not evade vaccines.

There have been several variants found to date, none of which evade vaccines, and there is still strong evidence to encourage everyone to be vaccinated.

I call for calm. Please can everyone just wait for a week or two to analyse the impact of this variant before jumping to conclusions and affecting the livelihoods of so many.

I also call on the Department of Health to stop this fear mongering and control our scientists who are brilliant in science, but who should be more cautious in communication.

We eagerly await the President’s well considered address, after his planned meeting with the NCCI on Sunday.

Marc Wachsberger is managing director of The Capital Hotels and Apartments.

I really hope the powers that be are listening to Marc’s voice of reason. This was done the wrong way around. The variants will keep coming and we can’t close the country down in anticipation each time one is found. My all means do the research but before the news breaks determine the efficacy of the vaccine and the virulence of the mutation and then proceed logically from there. I fear for what is going to come out of the Virus Politburo meeting in Pretoria later today. I hope they don’t overreact….

Much as I agree with your rationale regarding the variants and the efficacy of the vaccines, I think scientists are ethically bound to inform the community of these mutations.

If the Chinese scientists had informed the world sooner, we may nor be in the situation we find ourselves in today,

… I also think that from our government’s global image of inept corruption, it doesn’t take much for the global media to vilify South Africa in international affairs.

But at least now it has been designated “Omicron”.

Absolutely spot on observation from this journalist.
One has to wonder why the Brits were so quick to jump on this?
– is it to focus attention away from their own escalating numbers and lack of strategic cohesion?
– Or their internal migrant problems and their spat with France?
– Or maybe they are still pissed off that we sent their vaccine back in the early days?
– Perhaps they just want holiday makers intending to come down South to stay at home and spend their money in Britain!
Who knows but the speed with which they shut us down without any consultation with our government is a slap in the face for first world diplomacy apart from anything else.

Thank you Marc.
I wish these people would put their minds in gear before they drive their mouths.