The prospect of return to some form of Cold War with Russia is forcing a re-appraisal of fiscal policy everywhere.
By Mike Dolan, Reuters 9 Mar 2022  13:18 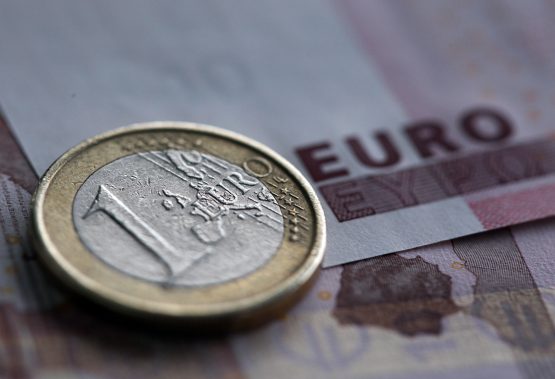 War in Ukraine could nix what was left of the “peace dividend” earned from ending the Cold War in 1989, lifting government spending and undermining Europe’s already suspended pact on budget restraint.

If anyone doubted whether the Ukraine shock marked a paradigm shift in geopolitics and the world economy, a text drafted for this week’s European Union summit in Versailles sharpens the focus: “Russia’s war of aggression constitutes a tectonic shift in European history.”

Statements of that scale are not made lightly. Economists and investors, weary from navigating the implications of two years of a once-in-a-century pandemic and a possible long-term revival of inflation, are being forced to take this on board too.

Germany’s surprise announcement of an increase in defence spending to meet NATO targets of 2% of national income – some 100 billion euros ($109 billion) in Berlin’s case – means the prospect of return to some form of Cold War with Russia is forcing a re-appraisal of fiscal policy everywhere.

The clear concern is a loss of the so-called ‘peace dividend’ – considered to be the money released elsewhere from the cut back in defence and security spending during 40 years of a Cold War with the Soviet Union, a standoff that involved nuclear missile and space races as well as conventional forces.

Harvard professor and former International Monetary Fund chief economist Ken Rogoff this month gave a glimpse of just how much that meant to the world in dollars and cents.

And this is where the real ‘peace dividend’ multiplies. Spending that extra would presumably involve some form of higher taxes, more borrowing or lower government spending elsewhere – with all the attendant impact on the underlying economy.

“Many seem to have forgotten that wartime spikes in expenditures were once a major driver of government spending volatility,” Rogoff wrote.

While European powers have spent much less that the United States on defence – just over 2% of GDP in Britain or France and as little as 1.5% in Germany before the latest announcement – any rise in these bills now would pressure already stretched post-pandemic debt loads.

NATO and Russia are not directly at war, but neither were they for the most part in the Cold War period. And fallout from severe financial sanctions against Moscow, higher energy bills and subsidies due to planned cuts to Russian energy imports and a more rapid shift to renewable energy may cost as much as any hike in defence spending per se.

Defence spending was already rising even in the thick of a pandemic. According to the Stockholm International Peace Research Institute, global military spending rose 2.6% in 2020 to almost $2 trillion and the five biggest spenders were the United States, China, India, Russia and the United Kingdom.

From dividend to tax

Chris Iggo at AXA Investment Managers said it was unlikely defence spending would return to 1980s levels but a 1-2% of GDP increase across the board is “not inconsiderable” and could contribute to higher borrowing costs.

Iggo pointed out that another aspect of the peace dividend after 1989 was accelerated trade and workforce globalization to former communist economies that contributed to the multi-decade decline in world inflation – and hence the supercycle of falling borrowing rates that came in tandem.

The damage to economic globalization from a fracturing of geopolitics and supply chain security – along with energy price spikes associated with ending Western reliance on Russian hydrocarbons – turns that part of the ‘dividend’ into a tax too.

For Europe, the stakes ratchet higher as EU leaders meet this week to consider energy security against the backdrop of the war and a demand hit that oil and food price inflation may bring – likely pushing off the table until May a planned review of its own suspended budget rules for euro zone members.

EU Commission Vice President Valdis Dombrovskis said last week it would not apply in 2023 one of the most disputed rules under which governments must cut debt every year by 1/20th of the excess above 60% of GDP.

Few believe it can be re-introduced anyway as Italy, with debt of 160% of GDP, or Greece with more than 200%, would not be able to comply.

The European Central Bank said in December that the fiscal rules should be more realistic and support growth and investment in fighting climate change and accelerated digitization.

With even traditional fiscal hawks like Germany set to breach the 3% of GDP annual budget deficit limit again this year and questioning the re-imposition of its own self-imposed ‘debt brake’ – the basic structure of the EU Stability and Growth Pact that was designed to backstop the euro looked frayed at best.

Deutsche Bank reckons German fiscal forecasts based on the prior government’s plans are now “obsolete”. It said the new government’s spending plans and Ukraine-related defence rethink mean 2022’s budget deficit could exceed 4% of GDP – topping the 3.7% gap from last year that was already the third largest since German reunification in 1990.

The fiscal map at least is being redrawn.

The author is editor-at-large for finance and markets at Reuters News. Any views expressed here are his own.