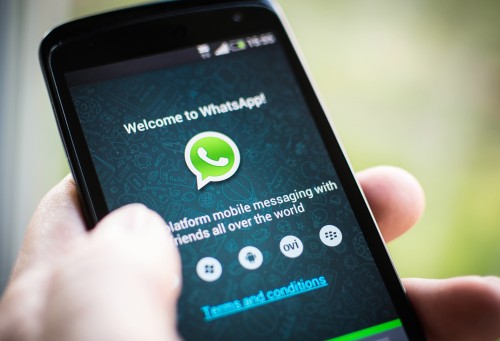 South Africa has significantly more financial crime than most other countries. With a rate of 77% compared to a global average of 49%, SA is something of a hotbed for fraud and scams.

An intentionally fraudulent claim could result in cancellation of the policy as well as a negative reputation with the insurer and the industry in general.

Consumer fraud is the second highest-ranking category of reported economic crime in the country and life insurance fraud in particular has seen a recent spike, which means insurance companies are being increasingly thorough and vigilant.

Multiple retrenchment applications from the same employer; natural death suspiciously soon after the commencement of a life-policy; and opportunistic life policies taken against the imminent death of casual church or work acquaintances are some of the most common insurance scams perpetrated by consumers.

Companies, however, are rising to the challenges of intensified scam activity, becoming more self-aware and able to identify and correct their own vulnerabilities.

The best way to avoid the pitfall of unintentionally committing fraud yourself is to ‘overshare’ and disclose absolutely everything in your insurance applications, even if you’re uncertain of its relevance. The rule of thumb is to rather share too much than too little and risk future payouts.

As many South Africans know only too well, there are many insurance sales fraudsters who be able to victimise even the savviest consumer.  One of the most common is linked to funeral cover where the victim is led to believe they have bought funeral cover and pay over their monthly premiums in good faith.  These ‘policies’ are often sold face-to-face, and the premiums collected in cash. It’s very often only when a loved one passes away and the funds are needed to cover funeral costs that the ‘policy-holder’ will discover that they don’t have the cover they thought they did.

When buying insurance, consumers must ensure that they know which insurance company will be responsible for paying out the claims and must ensure that it is a reputable organisation. It is also vital that customers insist on seeing the policy document before handing over any money.

But economic fraud doesn’t stop there.

The internet and social media have provided a whole new world of potential scams to fraudsters. Digital banking fraud has increased dramatically and in 2018 amounted to a staggering R262 million in gross losses in South Africa.

The most common digital banking frauds are unauthorised SIM swaps while you’re on your banking app, or voice phishing or ‘vishing’ where a fraudster persuades you over the phone to divulge confidential information related to your bank account, like your one-time password (OTP).

People who live alone should remain especially wary as research shows this group is particularly susceptible to scammers and fraudsters, having no one else around to potentially warn or intervene. There appears to be a strong correlation between social isolation and becoming a victim of fraud. Financial illiteracy, as well as financial desperation play a significant role.

Experts warn that social-media based scams are also highly prevalent and effective in duping victims, far more than their veteran telephone- and email- based counterparts. Don’t let your guard down and try to ensure the authenticity of each and every communication you receive.

Prior knowledge of how a scam works enables consumers to detect red flags and dissociate before they even begin to engage with scammers.

Some of the most common types of online scams to watch out for in SA are:

Fake Facebook Giveaway – Scammers lure victims with promises of outrageously generous prizes, only to ‘phish’ the personal and financial details of those naïve enough to engage. These scams usually attempt to mimic a popular brand or celebrity page, as such your first line of defence is to ensure you are dealing with a Facebook-verified company page.

CNP (card not present) Fraud – This very common fraud involves illegitimate online purchases without the use of a physical card or the cardholder’s permission. The card details are usually acquired via data breaches, malware or phishing. Be cautious with your credit cards and only shop at reputable online stores. Watch your statements, and obviously never give out credit card details in your emails.

Advance-fee scam – this involves being offered a vast sum of money for a seemingly legitimate reason, on condition that a small administrative fee is deposited and / or bank details furnished. Often the ruse is successful because scammers pose as financial service providers offering personal loans. Always check whether an alleged financial services provider has a genuine official website. Spelling and grammatical errors are a major red flag. And remember that a real registered credit provider would never ask for money upfront in order to confirm a loan.

WhatsApp scams – Similar to the Facebook scams, these work by virally spreading links that appear to be from either an above-board business or WhatsApp itself. Clicking on the links allow fraudsters to infiltrate your device with malware. Be very wary of any WhatsApp messages which offer prizes or discounts and which requires to be spread among your contacts.

There are many types of scams which are designed to steal the things that you hold dear, like your identity and your hard-earned cash.  If you have been scammed it’s important that you report it and that you talk about it to your friends and family so that they don’t fall victim to the many unscrupulous crooks out there.

The banks use outside sources for their marketing. STUPID !! Hi I’m Thabo and “I’m calling you on behalf of X-bank.” I don’t care who they are. I don’t give them the time of day.I tell them the guy they are trying to reach died. That shuts them up. :-0

South Africa has indeed become the hotbed for fraud!
No better example than Barry Sergeant’s – The Kebble Collusion – 10 fateful days in an R 26 million Fraud, and Guptagate.
This is the story of the world’s biggest unprosecuted fraud. A fraud that in today’s terms amounts to R26 billion (maybe even R45 billion by now). The cast is stellar: top financial institutions, leading bankers (Investec) a world where every other player is a lawyer, a world where Brett Kebble was king.
This is a world of outright denial and selective amnesia, of complex financial transactions designed to confuse, obfuscate and hide the spoils. This is a world of dirty dealings across the upper strata of the socio-political system.

The law is like a spider’s web. Small bugs get trapped, but vultures fly right through it.

The Investec and ANC are in cahoots re this.

The ANC with the Rondo Commission – will have their day in court!

Investec won’t have all the support that the ANC is getting at the moment – they will also have their day in court, and methinks despite their fancy legal team – tough questions will be asked after they tried every trick in the book to get away with their fraudulent dealings!

There is a saying: you can’t cheat an honest man. A large number of scam victims have nothing but their own greed to blame.

If, for example, somebody offers you a 25% per year return on investment, say in some property syndication scheme, and you fall for it, this is your own fault. Your greed took over and failed to ask the obvious question: why would the company you’re “investing” with, want to pay you 25% if it could borrow the money from the bank at only 9%? What does the bank know that you don’t?

Paying tax in South Africa is a financial scam!

To me, it’s mind-boggling that something like this can be allowed to happen, but it did –

Where in the World could directors of the main board of a bank be allowed to be invited to and even participate into an independent company’s board meetings, and thereby influencing them over and participating in, the decisions of the board ?– that is what Investec did at the Randgold’s board meetings!

why should criminals be afraid of the law ? the guptas stole billions and all that has happened so far is ANOTHER commission of inquiry instead of a court case. our beloved Not Prosecuting Anyone is doing just that – if we could power SA with lies, we’d have enough energy to last us for thousands of years.