Fool me once, shame on you; fool me twice … 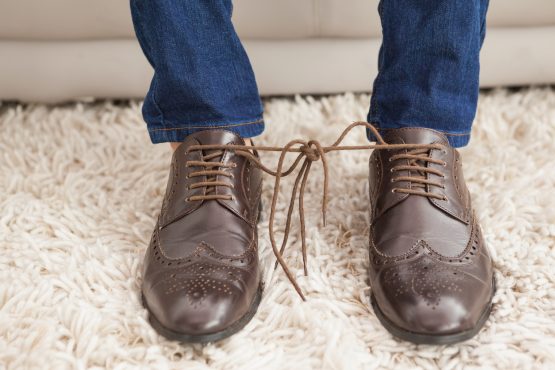 Research shows that the majority of funds that beat the market do so purely as a result of luck rather than skill, writes the author. Image: Shutterstock

Increasingly investors are realising that the only variables that can be controlled when investing are the fees that you pay, whereas equity market performance turns out to be pretty random, and certainly unpredictable. Equity funds that outperform today were probably yesterday’s poor performers … and where they’ll land up tomorrow is in the lap of the Gods. Our research leads us to believe that the majority of funds that beat the market do so purely as a result of luck rather than skill. But leaving the arguments of picking funds aside, is there any way to save on fees while maximising returns? The short answer: Yes.

The unit trust general equity sector currently has R282 billion in assets under management (AUM). Of this R262 billion has a three-year track record (in 139 funds).

During this time the market returned 5.07% per annum.

Let’s assume the numbers in the above table were stable throughout those three years:

Looking at five-year returns the results are not much different:

Another way of looking at this is to plot each fund’s total expense ratio (TER) against the three-year return:

From the equation it appears that by paying a higher TER (vertical axis) you can expect to earn a lower return (horizontal axis) and vice versa. By taking the ten funds with the lowest TERS available in the market, we managed to outperform the ten most expensive funds on a three-year basis:

All ten of cheapest funds were based on some form of indexation or followed a passive approach to investing. Had investors used the cheapest options available, they would’ve earned R153 million (R17 000 * 0.9%) more in performance and/or saved R306 million (R17 000 * [2.2%-0.4%]) in TER alone. Bear in mind that we have focused only on TER’s; if we had worked with Total Investment Charges (TIC) the costs would’ve been even more widely spread: generally speaking, active funds pay more in transaction costs which impacts the TIC’s.

A similar trend can be seen if you look at the data over a five year period:

Are investors getting value for money when 95% of total fund expenses in the general equity space goes to the lower performing funds? And the flip side to this question is if lower priced funds perform better than expensive ones, why are the ten lowest priced funds only holding 2% (three-year data) of the retail assets under management?

‘If you do not change direction, you may end up where you are heading.’

Casparus Treurnicht is a portfolio manager at Gryphon Asset Management

So you can moan about this article been a thinly disguised advert?

Open the below link, it is an Excel spreadsheet, and filter the funds by TIC. You will then have your answer.

Rather speak for yourself. Plenty people do very well for themselves. Look around you at the guys driving cars that cost more than your house.

I think the real picture will look even more shocking if the TIC (total investment charge) is taken into account plus advice fees, Specialty if this was done over a 10 year period, 90%+ fund managers would underperform the market. It’s day light robbery, specially because there is no downside to their underperformance. Also remember picking the winning active fund manager year on year is even more difficult.

To answer your question – Casparus- active funds are marketed more (because they have bigger budgets), investors don’t know better and tracking and monitoring of funds is not reported and transparently communicated adequately. But there is a slow shift to passive, but so many years of Active investing means passive is still way behind. It is changing.. albeit slowly.

Therefore, Investors ..look at a passive/indexed approach where you buy the market at low costs.
Some of the asset managers include – Satrix, Sygnia 10X. There is further potential for the costs to come down to 0.05%. that’s the future I want to see sooner.

That will solve the problem. Give investors the gross return, and then invoice them monthly through unit reduction your fee. Make it visible, then you will see what happens.

Come on ASSISA, show some balls and change the regulations.

the fund managers need their Ferarris and mansions etc. How would they do that without those exorbitant fees?
Dont be blinded by those small numbers quoted as percentage when fees are involved. It adds up and YOU pay it

Worth looking at Spiva data how passives outperform actives in so many countries and investment sectors
https://us.spindices.com/spiva/#/

In SA, one wonders whether people invested in pension or providend funds will not eventually sue their trustees for dereliction of duty for selecting active funds with a 10% chance of beating passives over 10 years, and at a guaranteed higher cost. One can only foresee one outcome from such a court case…the reasonable person would say…?

You will find that ranking 1 to 18 are mostly active funds. Umbrella pension funds should do better than what the tools indicate.

When investing for yourself you need to consider carefully the investment platform you use:

1. Apart from the star performing ETF’s are there income funds that outperform ETF’s.
2. Are there star performing managed funds that perform similarly to or better than ETF’s.
3. What is the customer service like when switching and managing your accounts.

For now I’m sticking with my managed platform.

Fund Managers need to advertise on Moneyweb aggressively if they don’t want to take this continued bashing from Moneyweb.

The truth not setting you free?

I don’t bother with Unit Trusts and Fund Managers. I do my own thing.

Fund Managers : (apologies to Churchill) never before have so many paid so much to so few for so little output

LOWEST COST MANAGERS I COULD FIND IS GRYPHON