Cathy Buckle on the irony of Mugabe’s comments on the xenophobic violence in South Africa.
By Cathy Buckle 27 Apr 2015  14:03 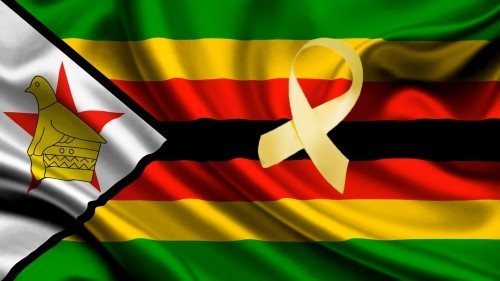 Ninety one year old President Mugabe inspected the forces on Independence day from a standing position in a grey and red open military vehicle. As the vehicle drove slowly around the assembled forces, the President stood head and shoulders above the people he was inspecting, like a spectator in the upper gallery. Later, when his speech was almost over Mr Mugabe at last commented on the xenophobic violence affecting Zimbabweans and other foreigners in South Africa which had by then been going on for three weeks. “I would want now to express our sense of shock, disgust as we abhor the incidences which happened in Durban. .. The act of treating other Africans in that horrible way can never be condoned by anyone,” he said.

The irony of those words are not lost on Zimbabweans who have been the victims of repeated horrors in Zimbabwe for the last fifteen years, regardless of our nationality or skin colour. Election violence, farm violence, political violence: burning, beating, torture, abductions, rape, arson, murder. Nor is the irony lost on Zimbabweans who are only in South Africa because they are either on the run from political persecution in Zimbabwe or because they are economic refugees from a country with 90% unemployment.

One of these Zimbabweans in South Africa described what it’s been like these past few weeks to be a foreigner in South Africa. Foreigners are called ‘makwerekwere’ there and these are his words:

“It’s a sorry and sad experience we are having …. So traumatic. You feel like the whole world has abandoned you. What you are seeing is just a tip of it. These guys daily they are bragging in the open saying you makwerekwere ain’t seen anything yet. Even during the day they go about carrying their weapons. Those of us using public transport are in real danger. Two days ago a discussion ended up being an argument in a taxi [kombi/minibus]; the driver, a Zulu, stopped and ordered the majority of us to get out of the taxi or they would ‘call their guys.’ By the grace of God we disembarked.

We are vulnerable and exposed. Even doing business with locals is becoming a challenge because they are now afraid of reprisals from big brother.

The majority of us don’t work but create our own jobs, – to their benefit too. And there’s the issue of impunity… the first perpetrators of violence and looters went scot-free. Like those in Zim 2008 election violence ..they will always do it again and again.

When you walk during daytime you do that with your heart in your hands and when you sleep at night-time you sleep with one eye closed for you don’t know what will happen next.

These brave words say it all. Our hearts are breaking. Zimbabweans in the Diaspora are not forgotten nor is activist Itai Dzamara, abducted in plain view in Zimbabwe and now missing for six weeks.