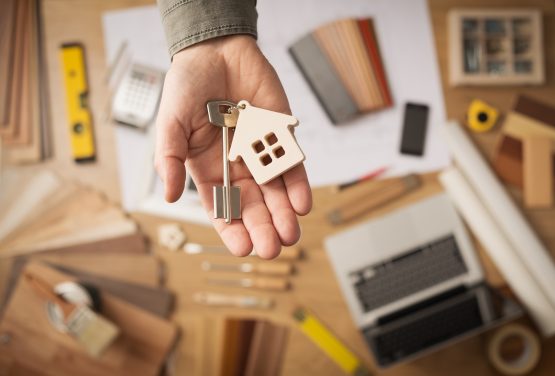 Record fuel price increases are grabbing headlines at the moment, but home sellers should be even more concerned about the increases in municipal tariffs that will be implemented in just a few months’ time.

These are set to be bigger than usual this year and could substantially increase your holding costs as a seller if your property is not priced correctly and takes a long time to sell.

According to the latest research by the South African Cities Network (SACN)*, the average municipal bill for the four main household types in nine major municipalities in SA (Buffalo City, Cape Town, Ekurhuleni, eThekwini, Johannesburg, Mangaung, Msunduzi, Nelson Mandela Bay and Tshwane) ranges from R1 425 per month for low-income households, up to R6 119 per month for high-income households.

The research also shows that electricity charges make up the biggest percentage of all municipal bills, ranging from 42.3% to 54.7% of each bill, and that water comes second, accounting for between 16.7% and 28.2% of the total charge. And for most households the cost of both these commodities is set to rise substantially from July, which is when most local authorities implement their new annual tariff structures.

Those who receive their electricity supply directly from Eskom will already be experiencing an increase of around 15%, and electricity costs in most municipalities are expected to rise by the same percentage from July 1, thanks to the recent High Court order formalising an agreement between Eskom and the National Energy Regulator.

Most cities, (with the exception of Tshwane) are also contemplating stiff rates increases in the 2021/22 financial year to try to claw back some of the revenue lost due to the Covid-19 pandemic-related job and business losses and the resulting inability of many property owners to pay rates last year, as well as the exodus of many ratepayers to smaller towns on the coast and in rural areas.

It is thus not unreasonable to expect that the monthly municipal holding costs on an unsold property at the upper end of the scale could easily be R10 000pm or more after July. And to that one must then add the monthly bond repayment, insurance, maintenance costs and any levies payable if the property is in a sectional title complex or estate. On a property valued at R1.5 million, the total monthly holding cost could in fact easily add up to around R25 000.

He says that according to the latest FNB Property Barometer, 72% of home sellers currently have to drop their initial asking price by around 10% in order to achieve a sale, which translates into R150 000 on a home initially priced at R1.5 million, for example. Now many may feel that this is just too big an adjustment to make, but it is our job as estate agents to point out to our customers that the chances are good that they will end up making it anyway, while also possibly incurring several months’ worth of holding costs if their property is regarded by potential buyers as being overpriced and remains unsold.

And those holding costs can quickly add up to a large sum of money that most home sellers could put to much better use – to pay a bigger deposit and reduce the monthly bond repayments on their new home, for example, or to settle some debts, which is what many home sellers are currently seeking to do.”

Looked at another way every month’s delay in selling your home diminishes any profit you stand to make on the sale, so it does not make sense to hold out for an asking price that is above what buyers in your area are currently willing to pay for similar homes. Indeed, the objective should not only be to get your home sold for the highest price possible, but also get it sold in the shortest time possible, in order to maximise your potential profit.

This is why it is so important to enlist the help of a reputable and professional agent to first advise you on the correct asking price and then efficiently market your home to the biggest possible audience of potential buyers in order to reduce the listing time.

The FNB statistics show that the current average listing time is 67 days, but a good agent should be able to cut that time down substantially and the need to do so is even more relevant at the moment due to the extended transfer registration times being experienced due to Deeds Office delays.

The average period between sale and registration is now at least three months, and home sellers cannot access the proceeds of their sale until registration is complete, so it is important to get the process started as soon as possible and avoid high holding costs by pricing very accurately.

Gerhard Kotzé is MD of the RealNet estate agency group.

* See the State of City Finances report on https://www.sacities.net/south-african-cities-network

And they tell us inflation is between 3 and 6%.

What do we pay for:
– Crumbling water and electrical infrastructure
– Crumbling roads that we have to maintain.
– Squatter problems that are being ignored
– Increasing criminality
– Ward councilors fighting with residents who demand assistance
– Slight improvement in refuse collection

You are spot on. The more we pay (this is for already inflated salaries) the less we get. Thirty years ago my total Municipal bill was R 200 now I pay R 3 000 and the roads are a mess, the garbage lies in the street, and the sewage is continually blocked.
Soon there will be a rates boycott, but we will all be the losers – just look at Grahamstown or Port Alfred – a legacy of ANC (mis) rule.

The faster an estate agent sells a property the more money per hour they make. Therefore they will use this as an excuse to lower the price and get a faster sell, instead of working and advertising and selling the property in a longer time at a higher price as the extra time and effort is not worth the extra small amount commission.