Is it time to ditch SA equity? 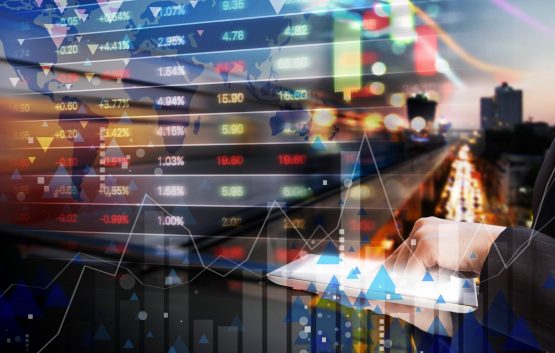 So, while Regulation 28 limits the offshore exposure of retirement funds to a maximum of 30%, a question frequently raised by investors is: does South African equity still have any place in discretionary savings portfolios?

The answer is that although in our view global equity currently represents a more attractive “buy” prospect than local, this does not mean that you should sell out of SA equity.

It’s true that global markets have significantly outperformed the Johannesburg Stock Exchange (JSE) over the last ten years. However, this was largely the result of a surge in strength from the US. In fact, a closer examination of the MSCI All Country World Index (ACWI) excluding the US reveals that global market returns were largely in line with the JSE’s returns in dollar terms. Moreover, the narrative that poor economic performance in SA has caused the JSE to underperform substantially is patently false. Measured in dollar terms, the JSE’s performance over the past decade is virtually indistinguishable from emerging markets and Europe, even though many of those regions fared far better economically.

And here it is important to note that the JSE is still home to world-class international companies. Some 71% of the JSE Top 40’s earnings are derived outside of South Africa, and in particular the east and China as a result of exposure to Tencent and commodities – which is why the JSE’s movements are often in line with non-US stock exchanges.

The most compelling argument for SA equity as part of a long-term investment strategy, however, lies in a comparison of the JSE’s historical performance with the US market.

History reveals that the JSE’s recent period of underperformance relative to the US is not a new or once-in-a-lifetime occurrence. In fact, it is the norm rather than the exception, as the SA market regularly goes through cycles of outperforming and then underperforming the US, as seen below.

In 1998, for instance, hot on the heels of the emerging market crisis, a bleak economy and poor returns, especially compared to the US, also saw a number of South Africans disinvest from the JSE and move funds offshore – despite an unattractive rand exchange and poor global stock market valuation levels.

But soon after that, the early 2000s saw the beginning of what is commonly referred to in the US as “the lost decade.” The turn of the millennium saw US markets reach the height of the dotcom bubble and then subsequently crash, followed just a few years later by the great recession. Together, these meant that the US had one of its worst decades in memory. And unfortunately, all those who had disinvested missed out on what would eventually prove to be an amazing decade for the SA equity market, which produced some of its strongest real returns on record.

That said, equities are by their very nature long-term investments and, far from advocating that investors should choose SA over the US, evidence further shows that a combination of SA and US equities has historically delivered a superior outcome from both a risk and a return perspective than either alone. This then suggests that, from a strategic portfolio construction perspective, the contracyclical properties of SA and US markets can be used to ameliorate risk and enhance investment returns.

Harold Strydom is an investment strategist and portfolio manager at Citadel.

I wonder to what extent the resource sector on the JSE was responsible for the low correlation with US markets. Will it play the same role in future?

SA should pay a risk premium that it never does. The rand has probably lost 50% of its value in 10 years. The risk premium should also be increasing.

The quality of counters on the JSE has deteriorated badly over the last 10 years and more.

I prefer investing in Dollars/Euro’s etc. and if need be bring some money back to SA after 10 years. As this article so handsomely prove I will be better off. “In Rand Terms”

We call it the JSE and think that the money on this exchange is South African. That’s laughable, the money that changes hands on this bourse per annum is far more than the country’s GDP over a 20 year period. The JSE is the a quasi-divison of the NYSE and the FTSE. They play with our shares when their bourses don’t give a good return. They short our stocks and pull out the profits to reinvest in their countries. For South Africans the opportunities are after the stocks have fallen and they have taken the profits then we come in….

What will the impact be on equities when and if pension funds are forced to invest in SOEs?

It will be disastrous.

Conclusion: Currently no rational argument can be made to invest in SA stocks.

You can show me a million stats and graphs, the only one that counts is, what is your SA inc Zar stock going to be worth in real monetary terms ($, Pnd or Euro) in 5, 10, 15 or 20 years time?

No one really knows… That’s the beauty of investing. If we all knew, there would be no winners or losers. Investing is a Zero sum game… The pound you gain is the 2,5 dollers I lost.

Boombang, Most people know, if you do not then here it is in black and white….

Invest in good emerging markets that have growth, good management and the rule of law. No need to invest here as the risks are simply not compensated for.