Looking at 2019 through the rear-view mirror 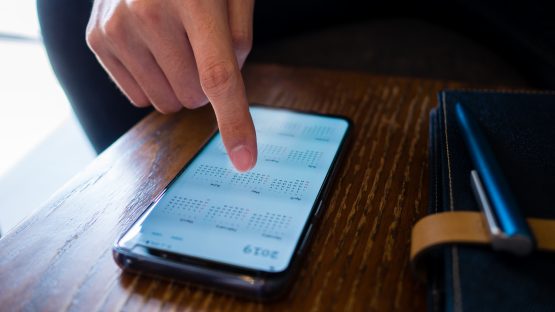 As 2019 enters its final month and the majority of individuals cast an eye toward their festive season plans, we take a moment to reflect on the year that was 2019.

The year was rung in with hope and optimism that the prolonged economic downtown which has beleaguered the South African economy would end. Unfortunately, 2019 did not realise these hopeful expectations – the economy continues to remain subdued.

The South African Reserve Bank’s Monetary Policy Committee (MPC) meet every two months to discuss the economic climate which ultimately results in a decision on whether to raise, lower or maintain the repo rate.

The change in the 2019 forecasts, from November 2018 to November 2019 paint a somewhat sombre picture of the South African economy in 2019.

The silver lining is that consumer price inflation is expected to come in well below the November 2018 forecast. Positive inflation performance provides room for the repo rate to be cut and stimulate economic activity, however this has not been the case. The MPC stated that they would prefer a prolonged period in which the inflation rate is closer to the midpoint of the inflation target and hence have decided to keep rates constant at this time.

A further concern for the South African economy is the debt to GDP ratio. Currently this figure sits at approximately 60%, however, according to the Institute of International Finance, this figure could rise to 95% by 2024. Similarly, ratings agency Moody’s expects this figure to rise to 68% by 2021.

Although the picture painted is a concerning one, it is by no means a damning picture as increasing levels of economic growth are expected in 2020 and 2021.

The information contained within this article so far appear to paint a grim picture of the economy, however, there were moments of positivity in 2019.

The second quarter of 2019 recorded economic growth of 3.1% which is high by recent standards. In the medium term budget speech, Finance Minister, Tito Mboweni stated that government would be taking a tough stance on SOE finance and the state would no longer bailout state owned institutions (future funding would only be in the form of loans).

In the same speech, Mboweni hinted that government’s tougher stance on debt could result in increased income taxes when the next budget speech is announced. Increased taxes would hurt consumer spending but it is a sign that government is aware of the danger posed by the rising national debt levels and is taking steps to address this.

Although government’s commitment to fighting rising debt levels is admirable, they should remember to focus on its own role in increasing government debt as irregular expenditure in 2019 increased by approximately R10 billion in comparison to 2018. Stopping this kind of internal financial waste should be at government’s core if it intends to increase the tax burden on individuals.

The current inflation levels provide room for a rate cut which could stimulate consumer demand and hence economic activity.

Whether or not such a rate cut actually takes place is dependent on the MPC’s risk aversion but the fact that room for such an economic intervention is available is positive news.

In recent years the South African economy has struggled to rebound from its protracted levels of weak economic performance. 2019 was yet another year characterised in the same way. Although 2019 was not a fruitful year in economic terms, it was by no means an economic “annus horribilis” as there were signs that government will be taking a bolder stance on numerous economic issues.

Whether or not these signals are followed through on remains to be seen but the future is far from bleak in comparison to recent years. The 2020 national budget speech will be a clear indicator on how government intends to move forward and will be at the epicentre of how the economy will perform in 2020.

So the consensus is: 2020 will be better because it cannot possibly be worse than 2019.

Whatever remains of the Zimbabwean economy is supported by those citizens who work in South Africa and send their salaries home to their families. We have a similar socialist regime in South Africa and our hopes for economic activity depends on what happens in the USA, Europe and Asia. Our local government is a financial gravitational black hole that sucks all economic activity into Luthuli House. Not even light can escape this destructive communist force, as load-shedding clearly shows.

South Africans who work overseas and local companies with an international footprint supply tax revenue. We are looking more and more like Zim every day, thanks to your ignorant, pretentious and self-serving local ANC councillor. He is the guy who is responsible for load-shedding. People should be held accountable for a democracy to be effective. Confront this person the next time you see him and force some accountability on him. He receives a salary for listening to your friendly lessons in accountability.

How comforting to know that our fiscally responsible government will tax us more to stop the debt from ballooning.

All this while they resist every common sense step to promote economic growth.

No need to increase taxes. Stop corruption and incompetence. Stop ridiculous salary increases for civilk servants and reduce them by at least 50%. Problem solved

Investors of all kind (incl.pensioners with Living Annuities) are desperate to experience a “groei fonds” effect for a change, as for the past few years many had a “krimp fonds” 😉

What drives economic growth? Where is it supposed to originate from? If the government can manufacture it, then why do we not have an abundance of it, because we do have an enormous oversupply of politicians? We have got all these commissions, boards, representatives, unions, committees, alliances, stakeholders, affected groups and special interest groups that promote the wellbeing of their particular supporters and beneficiaries.

The results are the highest unemployment figure in the world, the highest inequality, a record budget deficit, shrinking GDP growth, a decimated tax base, capital flight, bankrupt SOE’s, bankrupt municipalities, sewage in the streets, a lack of water, an implosion of medical services, a state that is running out of money and no power.

We need entrepreneurial activity to swing the tide. The profit-motive is the most powerful force in the hands of the consumer to motivate entrepreneurs to provide the products and service they need at the best price. The government uses taxes to prevent the consumer from using this powerful force to fulfil his needs. The profit-motive can rescue the unemployed from their dire situation. Through the use of prohibitive taxes on capital en profits, the government sentences people to life sentences of unemployment and poverty. By voting for this government, the people condemn themselves to slavery.

“We must remember that profits are the signals which guide entrepreneurs in the market in their constant search for sustainable investments. And a tax system that falls on profits essentially smudges the traffic signals that guide us in the market, and this inevitably makes economic calculation chaotic and gives rise to a misallocation of scarce resources. Also, taxes on capital have a particularly adverse effect on wage earners, and especially on the most vulnerable, since their pay depends on their productivity, which in tum depends on the accumulated amount of well-invested capital per worker. Therefore, to stimulate economic development and push up wages, what is needed is the accumulation per capita of an ever-increasing volume of well-invested equipment goods. If capitalists are harassed and capital is taxed, the accumulation of capital is blocked at the expense of labour productivity and, ultimately, wages.” – Jesús Huerta de Soto