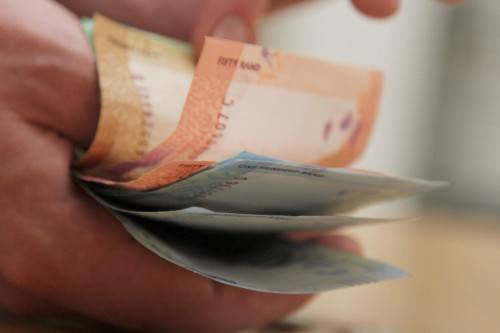 In a resounding BEE success story the 20% investment in MultiChoice South Africa by BEE shareholders has increased by 20 times. The shares are currently trading around R170 each and including total dividends paid to date of just under R30 the original R10 investment has delivered impressive returns.

The most recent net dividend received this September was over R15 per share from an original investment of R10 per share. This means every R10 000 invested has been multiplied twenty-fold to R200 000 in 9 years, which is an enviable 45% per annum compounded return. Investment doyen Peter Lynch coined the term ten-bagger for an investment that increases ten times in value so even he would be impressed by a ‘twenty-bagger’.

A combination of the broad-based nature of the scheme and the astronomical quantum of value created make this one of the best BEE schemes to date. Naspers, once the ‘mouthpiece of the Apartheid regime’ has delivered one of the best BEE deals. Some real Mzansi Magic.

MultiChoice South Africa, a Naspers subsidiary, initiated a broad-based BEE scheme nine years ago which led to the disposal of 20% of its equity to BEE shareholders. This was part of its broader BEE initiatives as well as a requirement in obtaining broadcasting licenses. PN shares are traded via an over-the-counter platform which has been granted a temporary extension to trade until the end of September. Information on the future of the trading platform and alternative options, if any, should therefore be announced imminently. Shareholders need not be anxious about losing their shares but rather concerned about the mechanism proposed to trade these shares and related costs.

MultiChoice South Africa is part of the Naspers stable and has transformed from pay-television into a video-entertainment business which includes well-known brands like M-NET, DSTV and SuperSport. The company has grown its subscriber base by a compounded 9% p.a. from its 2.4 million customers in 2006. The following table provides some key financial metrics:

The company has continued investing in technology to achieve its aim of providing customers with an outstanding customer-viewing experience. Profit margins have been under pressure and the weakening exchange rate required for international content will continue to put pressure on margins. The negative economic headwinds facing the domestic consumer will also make future price and volume increases more challenging. Efforts are constantly underway to expand the customer base and increase product offerings. Potential new competitors, such as Netflix, as well as changing consumer behaviour due to rapid technological advances always pose a risk to such a business. However the company has generated free cash flows of R6.4bn during 2015 and is likely to continue paying healthy dividends on the back of a solid business which has adapted over the years to customers’ needs.

A drastic landscape change would be required to dislodge MultiChoice from its pre-eminent position.

Naspers, the ultimate holding company of MultiChoice, was founded in 1915 with its primary listing on the Johannesburg Securities Exchange (JSE) and operates in over 130 countries. It has transformed its business from print to pay-tv, internet and mobile businesses over the last century and is an excellent example of a business adapting to a rapidly changing environment. This evolving media play was completely transformed by the spectacular acquisition of Tencent in 2001 under the legendary leadership of the then CEO Mr Koos Bekker.

This is the ultimate investment success story as an initial $32m acquisition for 45.6% in Tencent, diluted to 34% post Tencent’s 2004 Hong Kong listing, has become Asia’s largest internet company now worth over $54bn. Tencent provides mobile gaming and messaging services in China including the mobile chat service WeChat which is similar to WhatsApp. Naspers successfully riding on this Chinese consumer wave has made it the third largest company on the JSE with almost all its R700 billion market capitalisation arising from Tencent. In essence at current exchange rates Naspers is valued at its stake in Tencent with all its other businesses ‘thrown in for free’.

MultiChoice is thus in a dynamic media stable enabling it to leverage off deep expertise within the group. However MultiChoice has no direct shareholding in any of these businesses and its direct value is derived solely from the South African video-entertainment segment.

The following table outlines the current implied value of MultiChoice:

The company is a dominant player entrenched in its market however remains susceptible to new entrants, changing consumer entertainment preferences and technological advances. The current share price is thus underpinned by a robust business especially for those who want direct exposure to this sector as the Phuthuma Nathi share price will maintain a direct correlation to the performance of MultiChoice. However for those who have already made large gains in Phuthuma Nathi the recent sharp declines in blue-chip counters on the JSE could make switching some exposure at similar valuation multiples a consideration.

Riaz Gardee is a mergers and acquisitions specialist.