Pension funds must specify to government precisely their terms and conditions for participation in infrastructure investment.
By Allan Greenblo 4 Dec 2020  01:00 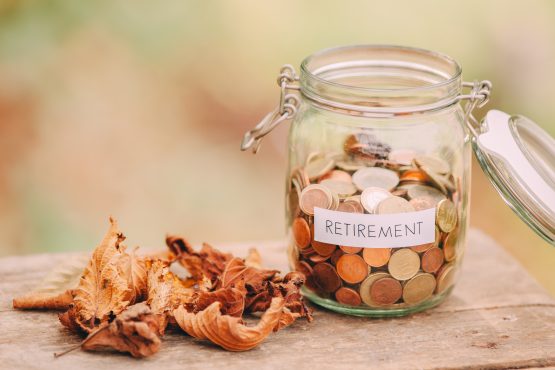 In a state of disaster, as it’s forlornly styled, a few good-news stories can relieve the protracted obsession with Magashule, Zuma and Zondo. There are some such items to provide a bit of balance.

For one, lest we forget, recently the M-Net television channel screened a documentary series entitled ‘Chasing the Sun’. It’s ostensibly about the Springboks’ rise from underdogs to winners of the 2019 rugby world cup, but it’s really about so much more.

There’re several points it makes without having to spell them out: how fickle, comparing the elation of then with the despondency of now, is the SA national mood; how united the people of this country can actually be, when compared with the vitriol on talk radio and twitter feeds, in celebratory pursuit; how inspired leadership and team cohesion, which smash stereotypical barriers of ethnicity and experience, lead to triumph in reaching a desired goal.

It went without saying that the Springboks’ achievement was not the result of government planning.

For another, a shining example of people coming together in common cause is success of the Solidarity Fund. Billions of rand were voluntarily raised, and efficiently spent on distribution of food and allocation of personal protective equipment, to alleviate plights occasioned by the Covid-19 pandemic.

Glaring, in the case of the Solidarity Fund as distinct from government, was the absence of corruption.

Then, as the supreme instance of private-sector support for infrastructure investment, there’s the R200 billion raised for the Independent Power Producer Procurement Programme. From it has come not only the generation of renewable energy but also multiplier spin-offs for economic activity without stressing the fiscus. The more that “bankable” projects are on offer, the more the private sector will come to the party.

What’s come most recently, in the Government Gazette of July 24 to be precise, is a list of several dozen “strategic integrated projects” that the Presidential Infrastructure Coordinating Council has “designated”. Potentially, with the emphasis on ‘potentially’, pulling it off will be the supreme good news story as government battles on the one hand to reduce its spending (economic contraction) and on the other to promote job creation (economic expansion).

President Cyril Ramaphosa hopes to “unlock R1 trillion in infrastructure investment over the next four years”, he says, adding that the newly operationalized Infrastructure Fund “would be an important vehicle for de-risking projects and making them attractive for private-sector participation”.

Government has committed R100 billion to the fund for the coming 10 years, of which R18 billion will be released over the coming three years. He considers it “significant, and most welcome, that the multilateral development banks, pension funds and commercial banks have agreed to participate in the governance structures of the Infrastructure Fund”.

Having digested this mouthful, it might have been expected that in the weeks subsequent to July 24 there’d be elaboration of the projects prioritised as well as their estimated costs and timelines for completion. But no such luck.

It isn’t as though the “designated” projects are sudden revelations.

Most have been mooted for months and longer. Yet still, the envisaged financing packages remain obscure except for general intimations that Regulation 28, which governs retirement funds, will be amended to facilitate their investment into infrastructure as an “asset class”.

Kgosientsho Ramokgopa, head of investment and infrastructure in the Office of the Presidency, wants to access the “big pool of liquidity” in SA pension funds. Late in the day, industry spokespeople are the table.

Speculation is that the government will increase the Reg 28 prudential limit for unlisted equity from 10% to 20%. That’s a big number but perhaps academic for pension funds, considering that at present few of their portfolios are anywhere near the 10% ceiling anyway.

It’s clear that government will be looking to include a gamut of savings vehicles, particularly pension funds.

This is logical because they — not the government which sits as some sort of sleeping partner to “facilitate” or “enable” with minimal resources – that have the money.

It follows that the funds prescribe to government, not the other way around, on their terms and conditions to shovel cash. It means that the “bankable” projects will have to offer risk-reward returns commensurate with competitive opportunities. It also means the exclusion of decrepit state-owned entities from consideration.

However, it doesn’t necessarily mean that a government guarantee will provide sufficient comfort for the investment return, given the parlous state of the fiscus, should say a toll road not produce the predicted revenues or a residential project fall short on income streams. An advantage of having representatives of pension funds negotiate from the front, project by project, is that they’ll need to ratify the security, usually a prerequisite for “bankability”.

There are other advantages. As stewards of pension funds (see First Word), they have duties of transparency and accountability with clear lines of sight into what and why they’ve invested under distinct mandates. They’re also attuned to ESG (environmental, social and governance) criteria which refine those mandates, and are perfectly capable of initiating projects themselves.

Thus does impact investment join with social responsibility and the numerous other non-financial aims, such as clean energy, these days considered integral to decision-making. Moreover, their managers often have considerable experience and resource for evaluation.

In particular, such managers as Futuregrowth and Old Mutual Alternative Investments have led the field with projects of their own. Other large managers are increasingly focused on the unlisted space as an area of opportunity in that it broadens the investment universe, and several smaller players such as Mergence and Third Way have similarly developed specialist capabilities.

The generality is that long-term infrastructure projects eminently complement the long-term nature of pension-fund investment. There’s the added dimension of social value such as development of schools and hospitals too.

That said, however, the investment capacity of pension funds should not be overestimated.

Janina Slawski of Alexander Forbes, for one, cautions that the illiquid nature of infrastructure constrains liquidity requirements for funds to pay out on the liabilities side of their balance sheets. This is all the more piquant in periods marked by widescale retrenchments.

It’s also a period of government walking barefoot on hot coals. There’s perpetual ambiguity, even obscurity, in presentations of intent. It cannot proclaim a social compact between itself, business and labour when the three parties are themselves internally fragmented. Neither can it continue to speak in two voices, one for the ANC national executive committee and another for targeted investors.

To do so negates the policy certainty required for confidence. The politicisation of investment hampers it. Kept tactfully but deceptively low-key are such terms as privatisation, labour flexibility, skills deployment, transformation quotas, property security and even a market economy.

Upfront for admiration, and hopefully implementation, are impressive intentions.

Did pension funds have a say in their compilation?

If the list is already too late to amend, then where and how to get started? So ambitious is the programme that it might be preferable, to begin with a handful of pilots, to garner proficiency, like eating an elephant bite by bite.

Because of the heavy reliance of the infrastructure programme on pension funds, the occasion is opportune for them to force the pace and the policy. The uppermost driver is the funds’ primary function to produce optimal pension benefits that derive from optimal investment returns, joined at the hip to economic recovery.

A modest suggestion to accelerate the speed and promote simplicity: contemplate a committee of 10, one delegate from each of the five largest umbrella-fund sponsors and one from each of the largest standalones to refine the participation details.

If there are more authoritative groupings to speak not only for pension funds but also for their millions of members and dependents, creating the broadest compact imaginable, let them do it. One way or another, urgency for implementation dictates that it be done.

Once the army of unemployed extends faster than the state’s capacity to extend social grants, choices will have run out.

Allan Greenblo is the editorial director of Today’s Trustee.

This article was first published here in Today’s Trustee, as the cover article in the December 2020/February 2021 edition.

Government and the retirement funds can structure these “investments” in only one way : via a guaranteed return, which is essentially a loan.

Loans can only be repaid by other loans or tax.

Loans on loans can only repaid by tax (or an IMF bailout).

Taxes will essentially guarantee pensions – like they already do with the GEPF.

Everything action by government is an additional leech.