The rise of the chief restructuring officer 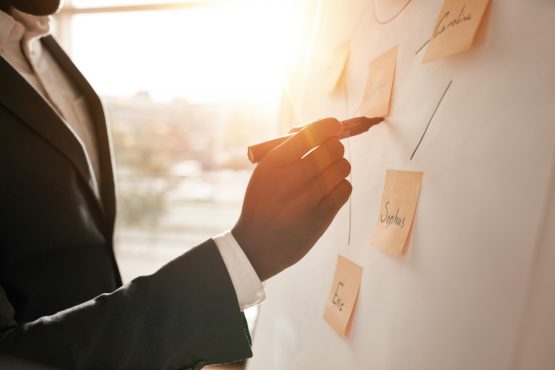 The risk of personal liability and scrutiny by creditors that arises when a company has filed for insolvency should persuade directors to engage a CRO as early as possible. Image: Shutterstock

As South Africa’s state-owned enterprises and private sector companies continue to battle in an ailing economy, there is no doubt that the role of chief restructuring officer (CRO) is catching on.

The appointment of Freeman Nomvalo as CRO for Eskom one development that’s worth watching. Eskom is looking to bolster its restructuring team by hiring legal, financial and restructuring advisors to assist in its turnaround. These appointments should enhance Nomvalo’s ability to deliver a restructuring package for Eskom, which is currently exposed to R430 billion of debt.

A recent advert for the appointment of a CRO for SAA stated that the incumbent would be expected to “facilitate and drive the re-engineering and restructuring of SAA and its subsidiaries for optimal performance and profitability”. The airline currently has has R5.7 billion of debt and reportedly needs an additional R2 billion by December to fund its working capital requirements.

Read: SAA may have recorded a loss of more than R9bn in the past year

The private sector is facing tough challenges too and here the CRO is playing an even greater role.

The knee-jerk rush to file for a formal business rescue process needs to be carefully considered by the boards of stressed companies.

Proper consideration should first be given to the appointment of a CRO, as opposed to a business rescue practitioner. A CRO will be able to take a fresh look at the business and offer turnaround strategy recommendations.

Of course it will always come down to ‘horses for courses’ as financial pressure on the entity might be too great, requiring an urgent filing for business rescue where the benefit of a moratorium on claims against the company will provide the breathing space needed in the restructuring process.

The standout restructuring example has been Edcon.

Earlier this year, SA’s largest retail clothing company, employing some 40 000 people, faced the threat of a possible financial collapse. The company went through a significant restructuring, including a resizing of its retail store offering and a substantial reduction in its occupied floor space.

CEO Grant Pattison, although not appointed as the company’s official CRO, led the turnaround exercise. The outcome has been viewed by the market as a success.

The final turnaround plan included an injection of R2.7 billion in new investment, with Edcon’s landlords, the UIF, banks, investors and staff holding shares in Edcon.

But it takes a brave director to be able to recognise the spiralling of a company towards financial disaster.

The last thing on the board’s agenda in a cash-strapped entity would be to admit a potential slide towards business failure, hold up their hands and actively look for the outside assistance of a CRO.

Board members sometimes need to take their feet off the accelerator of revenue generation and recognise their own limited skills in being able to trade the entity out of its financial distress.

Fearing failure, and not used to making unpopular and difficult decisions, directors place themselves in a ‘rabbit caught in the headlights’ scenario, which makes the need for the appointment of an independent turnaround consultant even more necessary.

The risk of personal liability and opening oneself up to scrutiny by creditors after a company has filed for insolvency should persuade directors to engage a CRO as early as possible.

A CRO’s objective would be to restructure the affairs and business of the company so as to ensure that it can continue to trade on a solvent and effective basis.

CROs need to remain independent and do their best to make the hard decisions for the commercial benefit of the operation.

A CRO-led restructuring should deliver an entity back to the market with its debt restructured, prejudicial contracts renegotiated or terminated, and with management and employees realigned to upscale business profits and upside for shareholders and stakeholders.

The objective must be to maximise the returns for lenders and creditors faced with potential massive debt write-offs in the event that these companies file for liquidation.

This strategy applies across the board – from state-owned entities to listed companies and even small privately owned firms.

So the guys that messed it up don’t know what they did wrong?

After “restructuring” which will probably mean hiring consultants and extra people, do the turkeys that messed it up get to do it all over again???

Question? How many of the board members are self made men/woman? Or are they just textbook/gin and tonic board members?

Eskom has a CRO? Thought he was just a part-timer.

And so far he’s produced absolutely nothing visible to the public.

Pretty much like the Hawks and the new national prosecutor. I get it. There’s a big backlog of cases. But they can’t even process one.

Like VBS bank where all is crystal clear. Or intern others where the daily maverick can give you chapter and verse.

So these wonderful CRO’s? Just another post on the gravy train, I reckon

Oh what ANC delusional rubbish. Just another layer of cadre deployment looting taxes. Any sensible Matric student can tell you how to fix Eskom & SAA.

Restructuring means rotating the figureheads with a golden handshake.

Should this guy’s job title not rather be “Corruption Reduction Officer” with full power to do a lifestyle audit of anyone working for the company.

Pretty easy to add a clause to employee contracts. This can quickly lead to high natural attrition rate.