The US and China both still have an enormous economic incentive to reach an agreement, and local investors should stay calm.
By Dave Mohr and Izak Odendaal 22 May 2019  00:17 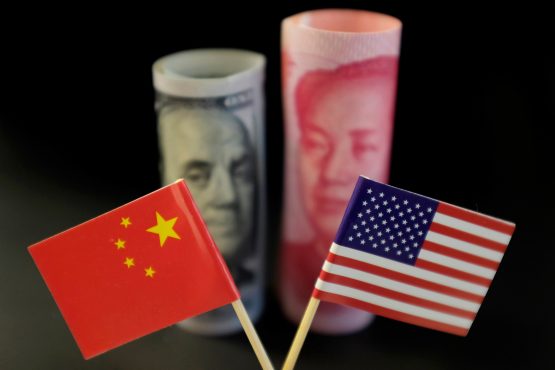 He said, Xi said … the good thing is that negotiations are still taking place; the concern is that neither Trump nor Xi will want to be seen to lose face. Picture: Jason Lee, Reuters

Trade tensions between the world’s two largest economies are front and centre again, and markets are jittery. In fact, after the initial shock, investors now just appear downright confused.

Mixed messages from US President Donald Trump’s Twitter feed make it difficult to suss out the prospects for successful trade negotiations with China, or even what Trump’s real aims are. Is it just about trade, or a longer-term strategic confrontation with a rising power?

The good news is that negotiations are still taking place. However, both sides are taking a tougher stance and it appears that talks could drag on for some time. Until recently, it was widely expected that a deal would be signed at the G20 summit in Japan at the end of June. Both sides still have an enormous economic incentive to reach an agreement. The concern though is that neither Trump nor President Xi of China will want to be seen to lose face. Striking a deal becomes more difficult if it seems one side is doing all the compromising.

This is not the only geopolitical flashpoint at the moment. Tensions between Iran and the US have escalated dramatically in the past week for reasons that are not entirely clear to outsiders. This has predictably put upward pressure on oil prices and is not the only trade battle on Trump’s radar. The US government is still considering tariffs on vehicle imports on ‘national security’ grounds, but postponed a decision by six months, to the relief of investors. Japanese and European auto exporters would have been most heavily affected.

Equity markets had priced in a high probability of an imminent trade deal, based in large part on encouraging comments from Trump and his advisors until very recently. The shock has seen equity prices fall off recent highs, while bonds, pricing in weaker economic growth, have rallied, and yields have declined. However, all in all the pull-back in equities has been muted considering how markets don’t like nasty surprises and hate uncertainty. The S&P 500 fell 10% in February and March last year when the trade war first broke out. So far in May, the market is down only 3%. When Trump increased tariffs on $200 billion of Chinese imports from 10% to 25% last week, China retaliated by raising tariffs on $60 billion of US imports to 25%. The US is considering ratcheting up the pressure by imposing tariffs on the remaining $300 billion goods it imports from China annually. Most of the latter category would be on consumer goods (cell phones, clothing, appliances) and would more directly impact the pockets of US consumers (and voters) than the initial tranche of tariffs that mostly targeted inputs typically used by businesses.

In any high-stakes negotiation, each side tries to gauge where the other side’s pain-point is. In one sense, the US will always have the upper hand, since it imports far more from China than vice versa. It is this persistent trade deficit with China that raised Trump’s ire in the first instance. But the US is a democracy and its leaders are more sensitive to pressure from voters. Indeed, China has aimed its retaliatory tariffs largely on areas that voted for Trump in 2016, particularly farmers. For Trump the calculation is whether enough voters appreciate his tough stance on China, to offset the pain that is caused to some of them.

Trump also seems to really believe that the tariffs are paid by China, when they are in fact paid by American importers, although the exact impact is difficult to ascertain.

Importers may or may not pass the costs on to their customers, potentially choosing between lower margins or lower sales. Chinese exporters could also cut prices to avoid losing sales, bearing some of the burden (but the importer is still the one paying the tariff). If the importer sources from another country, there is no tariff to be paid, but these would presumably still be more expensive than importing from China. Imports of items from China that were slapped with tariffs last year have already declined between a fifth and a third.

Finally, production could shift back to the US – which is what Trump has said he wants – in which case US consumers would effectively be subsidising it. In the latter two cases, Chinese producers lose out and producers elsewhere gain. Prior to the imposition of tariffs, about 20% of American imports were from China. However, only a third of household spending is on goods, with the rest spent on services (including health, housing, communication and entertainment).

Consumer spending accounts for $14 trillion of the $21 trillion total annual economic activity. While tariffs can inconvenience US consumers, they will not derail the driving engine of the US economy. In the end, everybody loses if there is an escalation of the trade war. While the direct impact of the trade intervention is already difficult to measure, the indirect impact – increased uncertainty that leads to delayed purchasing and investment decisions – is even harder to estimate. Most economists believe the latter impact is likely to be bigger than the former, but after a period of adjustment, life goes on. Companies will reorganise their supply chains and consumer spending patterns will adapt.

Policymakers will not sit on their hands while this process is underway. Arguably, Beijing has more policy levers to counteract the economic impact of falling exports. In fact, Trump complained bitterly that the Chinese central bank, an arm of the state, might cut rates to support its economy, while the independent US Federal Reserve (the Fed) refuses to bow to pressure from the White House to do the same. As it is, the latest round of Chinese economic data showed that the optimism of a sustained rebound might have been somewhat misplaced. Growth in retail sales, manufacturing production and fixed investment slowed in April after rising in March.

The most extreme policy option for China is to devalue its tightly controlled currency. The yuan lost 10% against the dollar from February to November last year, largely offsetting the first round of tariff increases. It then strengthened as trade tensions eased, but resumed a weakening trend in recent weeks. A weaker yuan would not just make Chinese exports more competitive in US markets, but in all markets across the world. It would put substantial downward pressure on global prices at a time when central banks are already struggling to raise inflation. When global markets were worried about a slowdown in China in 2015, a mere 2% devaluation in the yuan was enough to cause a dramatic spike in investor anxiety. While the Fed is highly unlikely to cut rates to help Trump fight his battles, it is also not expected to hike further, given that inflation is low and should remain so. All else being equal, a tariff increase will be visible in annual inflation numbers for only one year. The Fed and other central banks care more about sustained inflation and tend to look through such one-off changes. The Fed is also likely to place much greater weight on the risks posed to the economy and financial markets should global trade be substantially disrupted. This is a key difference between now and a year ago, when the trade battles first started. At that stage, the Fed was committed to steadily increasing rates and investors had to contend with the possibility of policy errors from both the Fed and the White House.

Where does this leave South Africa? Clearly, the election outcome was completely overshadowed by these global events, although the rand has performed better than other emerging market currencies in a period of global risk aversion.

The big risk for local investors is if the trade wars escalate and cause a sharp slowdown in China. South Africans are directly exposed to China since large shares on the JSE, including Naspers, Richemont and the bulk commodity producers, sell to Chinese customers. Fortunately the iron ore price actually jumped above $100 a ton for the first time in five years based on strong Chinese steel production and supply disruptions in Brazil. The indirect impact is from negative sentiment towards emerging markets, which would hurt local assets. Sustained weakness in China would knock global risk appetite. We had a foretaste of this in 2015 when the rand lost 30%. 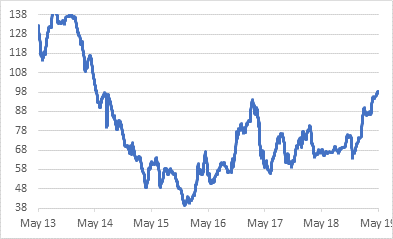 However, we are not at that point yet. No breakthrough in the trade talks seems imminent but this by itself is not enough to cause a recession in the US or China. While we all hope cool heads prevail in Washington and Beijing, local investors should also stay calm and not make rash portfolio changes in response to what are often hysterical headlines.