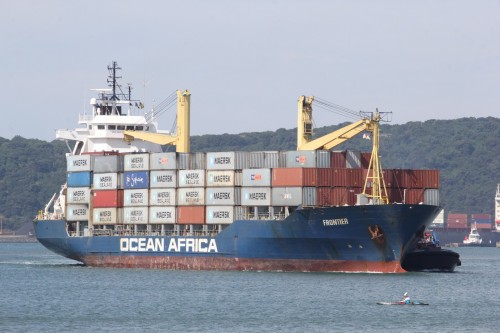 The Chicago Research Bureau commodity price index is one of the most widely followed and traded commodity indices in the world. It has been around since 1947 and has been tracking the commodities that Americans use most.

It includes everyday items such as oil and coal as well as maize; wheat; meat and orange juice. It is closely watched for signs of product inflation.

Generally it is made up of 40% of food stuff; 40% energy and 20% metals and other commodities such as lumber. Every now and again the commodities change but the index remains and can be used as a history lesson. To put this in perspective the price level is now lower than before the Yom Kippur war fought between Israel and Egypt along with neighbour Syria of October 1973 which leads to the world’s first oil price shock! Yes back then oil was trading at $3 dollars a barrel before increasing to $12 as OPEC cut supply.

These 42 year lows are concerning to us as a commodity exporting country as it indicates that the world has too much. Commodity price levels are lower than in the financial crisis and seem more likely to remain at these levels as too much stuff is now the problem.

Yes, instead of too little food or oil the world has too much. The world produces 3 million excess barrels of oil every day and we cannot store it all. The world has to pay farmers not to plant crops or sell their crops at prices that need subsidies to help sustain them.

The supply exceeding demand is also true for steel and iron ore; coal; copper and platinum.

Steel; coal; iron ore have dropped by at least two thirds and platinum by 62%.

In real terms there is less than 12.5% left from the index level of 1950. That says more about the production and supply of commodities at present than anything else.

That is the pain that South Africa will now feel. Not only will we cut back production of coal and iron ore by large amounts we will also earn less just when we need the money to fund things here in SA. Rail tonnage dropped by over 17% in October 2015 on a year ago and that was mainly due to less coal and iron ore shipments.

Mines will not spend on new production and new ventures and they will cut back on employment. Suppliers will suffer as will every other sector from transport to banks causing a lot of pain to the economy.

Africa will also no longer grow quite as fast and many countries will have to adjust their budgets and import less as well. That too will hurt SA.

Add a new finance minister to the mix and the chances of a recession in 2016.

But there are silver linings….

The good news is that despite the Rands 22% plunge we did have lower petrol prices and consumers could still spend.

Also with the drought we are feeling the impact of more than 50% cuts in maize and wheat prices (in US dollar terms). This will at least soften the blow. We could have had a maize price of over R8000 per ton today now we are heading to R4000 per ton. That may be the difference between hunger and pain.

But take note South Africa and Africa the world has too much of the things we sell. We will need to be better at other things such as services like tourism and call centres. We will have to develop new ways to make a living and not just melt our minerals. We will have to educate and train and think more.

Overall this drop in commodities will lead to a consumer boom and sooner or later we will see the cycle turn to too little again. But that boom will be more in Europe, Japan, China and other consuming nations than in us – the producing nations.

By Mike Schussler, director at Economists.co.za.

Do we call this deflation?

Yes this is deflation of commodity prices

With this countries cut back in the production of resources surely it gives the useless one at Eskom to undertake massive maintenance and repairs of the neglected Eskom machinery, it also bring into to question the need for Kusile power station let alone nuclear energy for this country

You don’t build for the current but for the predicted peak. Currently SA can barely keep going with <1.5% GDP growth. only a fool, and a fool the ANC was, will not build ahead. The Chinese are the perfect example of doing this btw on a grander scale, i.e. building entire cities for future before a soul stays there.. reaping rewards 5-10yrs later.. an extreme example but point being that u never want infrastructure to hold you back as it takes a lengthy time to build it

“South Africa and Africa the world has too much of the things we sell.” One would hope therefore that prices of essential goods (of which there is too much) will plummet here and the cost of living for the poor will come down. Yes?

Very good question but the problem for us is the RAND so maize prices are at record RAND levels but at half the record in US dollar levels. Some places have had deflation – falling prices for some time. Petrol and diesel do go down but remember that taxes also make up large part of price and they tend to go up.

That is the summary version but there are some prices such as steel here too apart from petrol i have been told has dropped. Sometimes meat prices also fall and so does copper scrap etc. But power and labour prices rarely fall.