The cost of healthcare in South Africa

And how biologic medicine generics can slow down the costs medical treatment.
By Dr Jaco van Zyl 30 Nov 2016  12:00 Access to healthcare varies greatly in different countries across the world and is largely influenced by social conditions, economic conditions, as well as the health policies in place at the time.

This is clear in statistics from the World Health Organisation (WHO), which indicate that the worldwide provision of healthcare related products and services consumed on average 9.95% of Gross Domestic Product (GDP) in 2014. Over the same period in South Africa, total expenditure on healthcare accounted for 8.5% of GDP, with an annual increase of 8.8% projected for the years between 2013 and 2017.

In South Africa, healthcare services and products are provided by parallel running public and private healthcare systems. Even though private health care is only available to a very small section of the South African society (16.3%), it still accounts for a disproportionate 52% of the total expenditure on healthcare.

Here’s how these two methods affect the cost of healthcare in South Africa.

Despite policy initiatives aimed at structuring affordable low cost healthcare funding products, medical schemes have remained unaffordable, and therefore inaccessible, to the majority of South Africans over the last couple of years.

Most recently the Council of Medical Schemes (CMS) reported that medical scheme contributions increased by around 9% between 2014 and 2015, but the average contribution increase announced by open medical schemes for 2017 is averaging 10.3%.

OOP payments is the alternative for patients wanting to acquire private healthcare services and products. According the CMS, medical scheme members paid R3.2 billion out of their own pockets, more for private healthcare in 2015 than in 2014 (R27.2 billion in 2015 compared to R24 billion in 2014). A 13.4% growth rate that outpaced even the growth in scheme contributions.

A third (33%) of the total OOP expenditure was spent on medicine, meaning patients spend around R9 billion out of their pockets on medicine alone.

It is also important to note that OOP constituted a large proportion (18.6%) of total healthcare expenditure for individuals that were already making significant premium contributions to medical schemes.

The cost of biologics and the promise of biosimilars

The cost of treatment in general and medicine in particular is an important barrier to healthcare access, with the rising cost of medicine contributing to the growing pressure on affordability. A key objective of pharmaceutical genericisation is to reduce the cost of the patent expired molecule and therefore improve treatment access.

The introduction of the exciting new group of treatments called biosimilars, products that can be loosely defined as biologic medicine generics, promises to slow down the above average growth currently seen in treatment cost, growth largely fueled by the increased cost of biologic medicine.

Private hospitals in SA are hugely excessively expensive. Their charges are ridiculous. Per minute for using the theater etc. I think instead of just giving basic hospital services they go for 5star luxury looks and services to fleece the patient and max profit for “stakeholder” Recently been to Alberlito Hospital. looks like 17 star luxury hotel.

Lulu, rest assured they do everything for your comfort, knowing that if they treat you well, you will come back for more! My Gap Cover policy is increasing by over 35% from 1 January. OK, I accept that it was probably under-priced at a mere R155 per month, and I am mighty glad to have it, having made use of it big-time just recently. 🙂

Well, private healthcare is a luxury item, why are you so surprised? Why should they only provide basic services?

Well, private healthcare is a luxury item for rich people. Why should they only provide basic services? If you want basic services, go to a state hospital.

Unfortunately 99% of people do not want to die in a State hopital. However they want a free lunch too, hence the finger pointing at private medical care.

The problem is NOT private health care; the problem is State heathcare that scares most silly because of poor or nonexistent top management and poor salaries, transformation staff and facilities. No a national health scheme will not work because it plans to STEAL from the private sector through legislation.

The only thing that will work is to re-introduce the standards and practices of pre 1990. i.e de-transform.

‘TripAdvisor’ for healthcare now a reality

Medical Schemes: Beware of the Z-codes

‘TripAdvisor’ for healthcare now a reality

Medical Schemes: Beware of the Z-codes 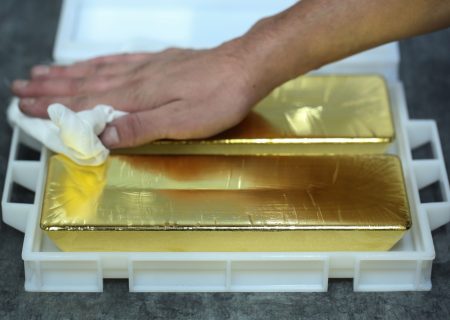