Voluntary disclosure of the ‘special’ kind 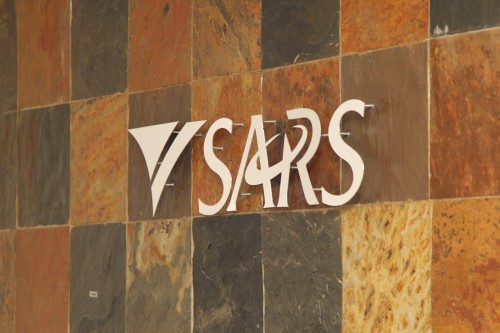 “How did you manage to buy such a luxurious villa abroad when your income is so low?” asks the South African Revenue Service (Sars) auditor.

“Well,” answers the taxpayer, “I caught a large, golden fish when I was fishing last summer. When I took it off the hook, the fish opened its mouth and declared, ‘I am a magical fish. Throw me back into the sea and I’ll give you the most luxurious villa you have ever seen’. I threw the fish back into the sea, and there was the villa!

“How can you prove such an unlikely story?” asks the Sars auditor.

“Well, you’ve seen the villa, haven’t you?” responds the taxpayer.

The minister of finance announced a Special Voluntary Disclosure Programme (SVDP), in his budget speech on February 24 2016, which affords taxpayers a final opportunity to regularise their offshore assets – prior to Sars being made aware of these assets via the International Automatic Exchange of Information under the OECD Common Reporting Standard (CRS).

The opportunity, a once off, is available from October 1, 2016 until August 31, which means that, for those taxpayers who wish to “come clean”, the clock is ticking.

The first step in “baring all” offshore assets to Sars is to determine which route of regularisation would be best, the SVDP or the “normal” Voluntary Disclosure Programme (the VDP). The VDP has been operational since 2010, and is an open-ended programme, unlike the SVDP. The two programmes are significantly different from each other, and can lead to drastically different bottom line liability outcomes.

In the analogy about the fish, the taxpayer is asked to “prove the unlikely story” and this is what is required under the normal VDP. However, under the SVDP, “seeing the villa” is all that is required.

The third step in the SVDP application is to correspond with Sars once it has been submitted. We have assisted large numbers of taxpayers with their SVDP applications. In our initial dealings with Sars, there was neither uniformity nor consistency in the way the applications were dealt with and processed. The person upon whose desk the application landed randomly appeared to determine the administrative bar over which applicants had to jump. Even more concerning were the inconsistencies and incorrect interpretations of the SVDP legislation.

Fortunately, after multiple submissions, and extensive correspondence between ourselves and Sars, the processes and systems that they have now put in place have been considerably streamlined. The information requested, and documents required, have become standardised, and the majority of our applications are currently both seamlessly processed and approved.

Once all the “SVDP boxes” have been ticked, Sars issues the SVDP agreement and finalises the application.

“It would be nice if we could all pay our taxes with a smile, but normally cash is required.” – Anonymous

After the SVDP application has been finalised, the applicant is given a stipulated amount of time to pay the tax assessed. The tax can either be paid from assets situated abroad, or from local assets. Once the payment has been made, the case, much to the applicant’s relief, is closed.

From experience, I have found that the entire SVDP process takes roughly four to eight weeks to be finalised. However, this depends entirely on the information readily available. Some have been prepared and submitted SVDP applications in a matter of days. Once the “submit button” has been hit, and provided it is before the deadline, applicants will get the full protection and relief offered by the SVDP.

Considering that the SVDP closes at the end of August, taxpayers are left with very little time to regularise, should they so wish to do. Taxpayers should seek expert advice as soon as possible, as the clock is winding down.

Hahahahahaha, I lol’ed a little harder at that joke than what would be deemed appropriate.

…and who said Attorneys do not have a sense of humour! Thanks for a good read Lizzie.