Why it pays to be aware of the effects that inflation and interest will have on your pension pot.
By Liston Meintjes 14 Dec 2018  00:28 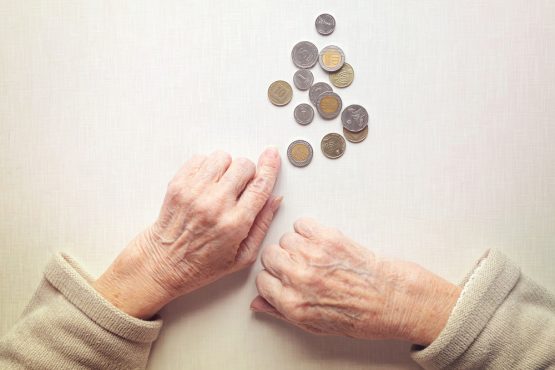 If you expect to live 25 years from retirement, do not take as much as possible to start – tempting as it may be. Picture: Shutterstock

In Part 1 I provided some background about the differences between ‘defined benefit’ funds and ‘defined contribution’ funds, and especially some of the problems for funds paying their own pensions.

I also mentioned that most trustee meetings are concerned with the implications of the investment policy statement, agreeing on investment mandates and benchmarks, and looking at ‘fund investment performance’ and net replacement ratios.

Very seldom is there any discussion about how well pensioners are doing in their old age – the very reason for the existence of retirement funds in the first place! In fact many will have left the fund, taking their share of the assets to purchase their pension/annuity from a third party, so there would be no way to answer the question.

But looking at the outcomes for pensioners against the promises made, the conclusion is a sad one: very few pensioners have been able to keep up with inflation over the years after retirement.

The industry has let them down.

What has gone wrong?

There are a number of items to discuss but let’s start with inflation: while employed, members have the luxury of expecting at least inflation increases in their salaries and may get promotions. That stops at retirement – but inflation does not stop.

What is worse is that while ‘pensioner inflation’ – working on the prices of a basket of goods and services more appropriate to the ‘group’ and weighted by number in each age category – may only be a few percentage points above that for the general population (pensioners use far less fuel as a percentage of their monthly spend and usually have their house paid off), this does not apply to any individual: with each passing year, the medical bills increase, often reaching their highest in the last few years of life.

Then we need to look at interest rates. There has been a lot more awareness recently of the problems of people who seek the greatest return on their ‘pot of cash’ which they typically were previously advised should not be exposed to the risk of negative returns (although that is very true!). The problem is that interest rates are linked to inflation which is the rate of change of prices.

An example I often use (and the numbers are just to keep the discussion simple): suppose someone retires with R1 million and puts that in a money-market fund yielding 10% when inflation is running at 8%. They can then ‘take’ R100 000 without attacking capital. If inflation then goes down to 5% and the interest rate drops to 7%, although goods cost more, their income drops to R70 000. So to keep their ‘lifestyle’ they need R105 000 and that means dipping into their capital to the tune of R35 000. Maybe the low inflation and interest rates remain in place for a few years – for this example, I say three more years. Then back to inflation of 8% and interest rates of 10% for four years (and so on as detailed below). Too late! As shown in the following table. The capital runs out after 12-and-a-bit years.

But what happens if we change the initial ‘spend’ to R50 000 and leave the extra in the fund? Watch carefully! Over the same period, the capital actually grows! And over 25 years there is still some money in the fund. One of the bigger problems facing pensioners where the pensions are paid from the fund is that they may not have any control over the increase in pensions. For some strange reason, the industry has accepted, without any proper challenge, that pensions should increase by two thirds of inflation! Now while in that situation you cannot run out of money, the end result is a rapidly diminishing standard of living.

How did this come about and what is anyone doing about it?

One of the main problems that has become evident over the past few years is that while many ‘believe’ that a portfolio of shares ‘will’ provide inflation-beating returns, sharp downturns in prices cause investors in such portfolios to ‘eat capital’.

While the belief may be warranted in the long term, that does not help anyone exposed to the risk. So what can one do? There is a little-used asset class (very different to other fixed interest items, with which they are traditionally grouped) and that is inflation-linked bonds. They are the one ‘free lunch’ in investments, in that if inflation (the main enemy of pensioners) does go way up they will protect holders while the same cannot be said of investments in many companies.

The response I usually get is that the opening payout from inflation-linked bonds is ‘too low’ (expressed as a ‘real rate’) so they can’t be considered. That statement needs to be interrogated (in another forum).

Another is that they are ‘too risky’ because their ‘duration is very long’, so when interest rates rise, they lose proportionately more. Again, that needs to be interrogated – and I maintain that anyone using that story does not understand the dynamics of inflation-linked bonds, as ‘duration’ is not applicable (mathematically or practically) to inflation-linked bonds.

In my opinion, these items allow the holders (of long-term government-guaranteed inflation-linked bonds) to sleep at night with the fear of hyperinflation well and truly under control – as long as the holder does not succumb to selling them under emotional pressure. Sure, the capital value may temporarily decline due to higher nominal interest rates due to inflation but in that case the payout will shoot up, so there is no need to sell them.

A final point about the low savings rate in South Africa and contribution rates in retirement funds, which are most often under the control of the trustees: if you just consider everything in ‘real terms’, most people will work from about 20 to 65. That means they will be saving for 45 years. Initially (think back 45 years if it applies to you) your salary was probably in hundreds of rand per month – but in real terms you could buy a lot with your after-tax income (think car prices and house prices), as the prices of goods and service were roughly in proportion.

So, in the ‘old days’ when a pensioner at age 65 was expected to live only to 80, effectively you had 45 years to save to fund the 15 years of retirement. So with a zero real return and zero salary adjustment, you needed to save about a third of your salary. Make adjustments for tax and a higher than zero real rate of return and you might have only needed to save about 25%. Buying your own house was, of course, also a form of saving, so you may well have done around 25%. Today, however, the life expectancy at retirement age 65 is 25 years and many will live to 100, making that 35 years. Working for 45 to fund 35 years? Wow! That is almost not possible to contemplate. So?

Clearly we need to work longer – which acts doubly in reducing the number of years’ funding. Say we move the retirement age to 70; that will give 50 years’ saving to pay for 20. That is much more doable.

Author briefly touched on it in the table – don’t withdraw 10% of capital in a year, withdraw 5% (if you have no taxes) or less if you take into account taxes.

Inflation bonds are great, except watch out for taxes again after the interest free threshold. You pay tax on the nominal interest rate and might reduce the overall return to below inflation.

The picture is very accurate depicting what you get after paying your Tax.

I wonder sometimes if it is worth it investing in a Pension and Provident fund in South Africa.

When is Mr. Zuma declaring his assets in Dubai? Does he get audited?

Indeed. the “advisers” or rather the pension-snatchers of the financial services industry generally cannot work numbers or calculations or scenarios for individuals, the work off tables that actuaries give to them supported by their marketing spin people.

There is no substitute for individuals entering their own scenario data into the simple (spreadsheet is all that is required) models and simulating “what if” situations, to know whet to do with life savings.

I personlly don’t know what’s so difficult to understand about all these conversations by all these experts, for me it is logical,if interest us 10% and inflation 8% you can not withdraw 5 %, only draw 2 percent etc. ….never touch capital

So, if you spend less, your money lasts longer. Genius!

Thanks for sharing your wisdom Liston!