While markets were collapsing around the world.
By Patrick Cairns, Citywire 3 Jun 2020  00:08 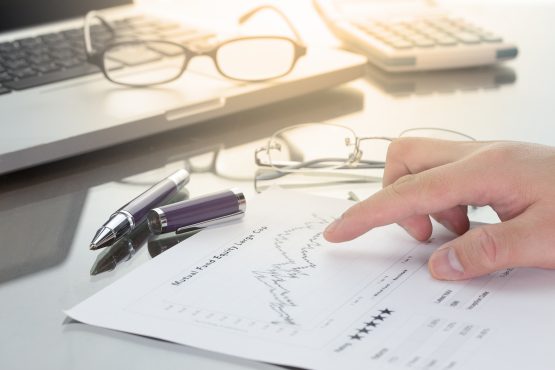 Over the past six months, by far the majority of funds in the ASISA South Africa multi-asset high equity category have delivered a negative return. The worst performer is down more than 20%.

Yet, remarkably, the top performing fund in the category, the Gryphon Prudential fund, is up 17.8% according to figures from Morningstar. This fund is also the top-performer over one year (24.1%), three years (13.2% annualised) and five years (11.1% annualised).

In addition, the Gryphon Prudential fund experienced no drawdown between the start of February and the end of March. It was up 5.6% over theses two months, when the average return of local multi-asset high equity funds was -14.1%.

Perhaps most notable of all, is that the 12-month period to the end of April represented the fund’s highest one-year return since inception. It gained 18.5% over this time, while the category average was -4.4%.

The graph below illustrates just how much the three year performance of the Gryphon Prudential has diverged from the category average. The most eye-catching period is from the start of March this year. It should be self-evident that this performance is not the result of stock-picking. The only way to have delivered this kind of return over the past two months is through dynamic asset allocation. And, in fact, Gryphon relies entirely on indexation to do this.

‘We believe that in developed markets and efficient markets – and a market like South Africa is pretty efficient – underlying stock selection is not going to add much value to you,’ said co-portfolio manager of the fund, Citywire + rated Reuben Beelders. ‘But you can add substantial value by asset allocation.’

It was also not through any great feat of timing that Gryphon managed to avoid the market crash. As the graph below shows, the fund has been out of equities for more than 18 months. According to Beelders, the portfolio managers watch a number of indicators, such as the earnings cycle, commodity prices and the bond yield curve to guide asset allocation.

‘Generally, once real earnings start to go negative we believe its time to exit equities and look at other risk-adjusted investments,’ said Beelders. ‘We made that call at the end of August 2018. At that point cash was giving us 7% and we felt that for equities to give us 7% was going to be quite a stretch.’

The fund therefore moved around three-quarters of its portfolio into cash, which it held until the recent market sell-off.

‘Many people would consider that to be aggressive, but cash allows you the optionality of looking at the other asset classes that are offering value and to purchase those instead when the opportunity comes,’ said Beelders.

This is exactly what the portfolio managers did in March by shifting heavily into local bonds.

‘There was a blow-out in fixed income markets in March, but normality returned to the market fairly quickly,’ said Beelders. ‘Those who were bold enough to buy have made some money.’

He added that this is a good example of the opportunities that this strategy can take advantage of.

‘As an asset allocator, I can buy a range of assets – cash, bonds, equities, gold, foreign currency – and there is probably a very good chance that one of them is undervalued at a point in time,’ said Beelders. ‘All those assets are also well traded.’

Importantly, Gryphon does not try to time what Beelders calls ‘intermediate cycles’ – the market spikes or corrections between major events.

‘One battles to call the intermediate cycles’ he said. ‘We would call a drawdown of 15% an intermediate cycle. We tend to ride through those. But when it comes to a primary cycle like the great financial crisis in 2008, or the current cycle, we believe at those points you want to exit equities and preserve your clients’ wealth.’

The other key aspect of this strategy is identifying when to get back in.

‘The critical thing about asset allocation, and what people sometimes forget, is that it is two decisions: a sell and a buy,’ said Beelders. ‘You have to get both decisions right for the asset allocation move to actually add value. That’s one of the reasons why the intermediate cycles are so difficult to call.’

Primary cycles however provide greater clarity through the signals that Gryphon watches.

‘Undoubtedly there will be a time when equities will offer value again and we will move back in,’ said Beelders. ‘But we don’t believe that’s now.’

When the Gryphon portfolio managers do believe the time is appropriate, they will have the advantage of gaining that exposure through index products rather than individual securities. That allows entire asset classes to be bought or sold easily.

It is also a strategy that can be executed at low cost. The Gryphon Prudential fund shows a Total Investment Charge (TIC) of just 0.58%.

This is confirmation that many are in denial about the tsunami approaching.

In your opinion What should investors do?

Do what Warren Buffet is doing, go to cash/bonds.

Gemini
Please elaborate on the Buffett bail-outs, which I’m not aware of?

Gemini : you have it exactly wrong way around. In the 2008 crash Berkshire rescued several companies. including famously embarrassing forever and all times all investment bankers by bailing out Goldman Sachs to the tune of 5 or 6 billion dollars.

I get out-performing other funds by being in cash, but you cannot earn 17% outright being in cash for a few months..?

Just do not show this to Magnus Heystek – he does not like good news about SA and investments – albeit few
Does not fit his narrative to go off-shore – Wonder what would happen to normal SA’ns if all capital goes offshore?

@Illphil – Your comment is unfair and myopic. It’s unfair to say that Heystek does not like good news about SA. He is still living here which means he probably loves SA. It’s myopic because he was right and you are obviously still wrong. I don’t know Heystek but I know he was right. With a government that is incompetent and irrational and corrupt, that has destroyed everything it has touched for 26 years, only morons would expect SA to be a good place to invest. Those that threw rocks at Heystek for being unpatriotic etc are now much poorer. What has patriotism got to do with investing your money? Investments and emotions are a toxic mix. If you are excited to read this article because one fund has managed to achieve a 17.8% return I am happy for you. However, I hate to prick your bubble but many funds that are invested offshore achieved this and much more. I love SA and do not want to live anywhere else but I am a retired businessman with no illusions so my available investments are 100% out of SA. With a nom de plume boasting is nonsensical so I will tell you simply for enlightenment. My investments are up 34% this year. How? The Rand crashed, Gold is up and overseas equities are flying. Even the investments I made after the rand crashed with the firing of Nene, when the rand was “expensive” at about 15.40 to the US$ are currently up 18.75%. This is interesting because we are always wondering when is a good time to move money offshore. The answer is – ASAP – regardless of the ROE.

Phil Etc: The Fund is by legislation only allowed 30% overseas exposure which is more or less what they had in every scenario. So they cannot follow Magnus,s all offshore view. (had they been able to they would probably be even more up !).

Did the local flexible fund perform? Sure – thanks to its large cash portion. But compare it to flexible funds who primarily had their equity portion outside of SA and this fund performance gets dwarfed. From every measurable metric, offshore equities have drastically outperformed the JSE which has remained flat (and negative in USD) for 7 years now.

Basically nothing at all to manage currently : All Cash and Bonds : Keep it simple : Well done to them they got this right

I agree why could the bigger managers managing SA multi-asset funds not get this right. Sitting on cash was the best strategy long before and during the covid crash?

In the meantime many value stocks like Sasol have crashed.

As long as the client and fund manager are on the same page with regards to portfolio guidelines its great to receive this type of performance.

Otherwise, one is paying high fees to be invested in cash.

Some fund managers manage with insight, others not so much. Like a stuck record.

‘Others not so much’. Name one?

Comment only of value if one invested in STXNDQ and SYGUS 12 months ago. I (plus everyone else) also know the result AFTER the game.

jnrb
OK, tell me what I should invest in for the next 12 months?

SYGUS, STXNDQ, STX500, SYGWD and SYG500 is what I have done. ETF’s which gives you exposure to the top companies in the US and 1 in world markets. Nothing South African.

@jrnb You are comparing the performance of a Reg. 28 compliant balanced fund with that of pure equity ETFs. That’s not a reasonable comparison.

I don’t care about Reg 28. I am an investor and can place my money wherever I find the best return.

Kudos for getting this call right.

Unfortunately, one needs a large enough dataset (in years) to determine if the fund manager has any skill or simply lucky time around. Most fund manager track records are too short to make an informed decision.

A more sensible investment approach is to look for value like Benjamin Graham, Warren Buffet and Peter Lynch. Closer to home, we have Mazi Capital (Malungelo Zilimbola), Perpetua (Delphine Govender) and Ninety One (John Biccard) who are comfortable being contrarian.

I get out-performing other funds by being in cash, but you cannot earn 17% outright being mainly in cash for a few months..?