The global rush to find a safe and effective vaccine against Covid-19 has meant that vaccine development had to be accelerated.
By Fabian de Beer 9 May 2021  16:08 Never – at least in living memory – had the world economy shut down almost simultaneously as with the onset of the global Covid-19 pandemic in early 2020. This was a shock to life as we know it, impacting society economically, socially and psychologically. The loss of life because of Covid-19, albeit to date not the worst given previous deadly pandemics, has been widespread across the world. Exacerbating the situation has been the cross-border spread of the virus due to a highly globalised and integrated world economy that provides ample avenues for its rapid and broad transmission. The longer-term effect and scarring of the pandemic remain to be seen; time will tell. But there is no doubt that Covid-19 will leave a lasting impact and form a tragic part of the annals of history.

The global rush to find a safe and effective vaccine against Covid-19 has meant that vaccine development had to be accelerated. The recent rollout of approved vaccines – developed on an unprecedented level within a year – has been a positive development, providing hope to a virus-embattled world. Vaccinations have shown positive signs with adequate supplies and rollouts being the hurdles. The reality is that some form of global herd immunity will be necessary to effectively combat the virus and move the world economy to a measure of normality and so there is a need for countries to cooperate and support each other, moving away from “vaccine nationalisation” as each country strives to secure adequate supplies for their own population.

Risk-wise, the most important matter is that fast-tracking a vaccine does not imply a compromise on safety or efficacy. Some risks are the potential for hitherto unknown side-effects and whether vaccines will be effective against new variants and future coronavirus pandemics.

In a global economy where services have largely become an important economic and jobs growth sector, the pandemic’s economic impact has been particularly painful. These include tourism, entertainment, travel, restaurants, other hospitality related services and associated industries, dependant as they are on human interaction. The small business sector has especially been affected, with many businesses having to close down.

The lifting of restrictions post the initial shutdown saw economies rebound from depressed levels. Given the current trajectory, a number of countries are expected to move to or above pre-Covid levels over the next year, all else being equal. The recovery in markets, after a very sharp and steep fall in early 2020, has been equally strong with many trading above pre-Covid levels. Entering 2021 we saw continued bullish sentiment taking markets even higher. Spirits have been lifted by extraordinary stimulus and vaccines, as well as prospects for massive infrastructure spend. The euphoria of financial markets has been leading the economic recoveries that nonetheless vary among countries given their respective virus and vaccine developments. A rise in inflation expectations has triggered a sharp increase in global bond yields pummelling bond investments. This has introduced nervousness in markets weighing the possible consequences of rising inflation prospects and taking cues from the statements and actions of central banks and fiscal authorities in response to it.

What has been notable since the Global Financial Crisis (GFC) is that many pundits have continued to talk about the economy as still being in recovery and not expanding, despite economies having moved out of recession and markets being bullish given stimulus measures. They were therefore implicitly acknowledging that times are different. The pandemic would have entrenched this “recovery” sentiment and outlook, even after a strong rebound last year and what is expected to be a strong 2021 for growth. The following excerpt paints a perspective of the “new normal”.

“The almost unprecedented prosperity after WWII enabled DMs (developed markets) to convert their economies from focussing on producing goods to the expansion of services. This new trend ran out of momentum when the GFC caused the worst recession since WWII – but the GFC was not a recession. It was a depression, which is now initiating another new regime. The extraordinary fiscal and monetary policies adopted to escape from the GFC plunged the world into a transition from the past service oriented economies to the future tech-dominated and digitised world.” (Leigh Skene, Skene’s Scene – A Brave New World, 15 Mar 2021, TS Lombard)

The question is indeed whether the GFC and now the pandemic have caused an inflection point that has ushered the world into another era. A couple of things are worth noting. Since the GFC, central banks went all out (do “whatever it takes”) to stem the economic fallout of the crisis through aggressive monetary and fiscal policy easing (quantitative easing [QE]). Some central banks implemented yield curve control or influence while others have extended their asset purchases to ETFs. Borrowers were supported (including zombie companies (businesses that need bailouts in order to continue operating) at the cost of savers as this was believed necessary to ensure overall financial system stability. The world had become a place where certain entities regarded as economically important such as the big banks, are also too big to fail as their demise would have far and wide-reaching repercussions, especially for the financial system and socio-economic stability. These entities were effectively “bailed out”, given the fears.

The issue at stake is that ever since the GFC the markets (and pundits) have continued to look to the authorities to do whatever is necessary to support the economy and/or markets. Markets seem to be fragile , with ongoing monetary / fiscal support measures needed to keep them cheerful. When the Fed indicated scaling back QE in 2013, it led to a so-called “taper tantrum” by markets causing the Fed to take stock. The need for the markets to be back-stopped by the “right” monetary/fiscal measures seems to largely remain in place. Stimulus has benefitted and meant far more to markets (“Wall Street”) than the real economy (“Main Street”).

Fast forward and we have a pandemic on a global scale affecting many countries at about the same time. Monetary policies have had to fire whatever policy bullets they have left to support the economy. Importantly, the fiscal side has had to step up in a major way to provide meaningful support to all as the pandemic shuttered economies. Countries with bigger pockets could do more and even extend further rounds of stimulus to a populace battered by second or third waves of the virus. Many countries have ballooning budget deficits and debt-to-GDP ratios following these supportive interventions and measures.

The free market economy, if it still exists, is not what it used to be. So-called capitalist countries have and continue to need the state and central banks to keep them going and the authorities have become a backstop to risk taking. Because markets are a barometer of underlying social mood and prospective economic developments, authorities take note and act to appease them. If markets are not happy with the authorities’ responses or actions or lack thereof, they may throw another tantrum.

Hopefully, the tide will turn on the pandemic given the rollout of vaccinations. Further complications, such as recurring waves or untameable variants would make it increasingly challenging for fiscal authorities to continue lending support. Nonetheless, markets will continue to look to the authorities for action should things turn down.

With government debt levels increasing given the need of the times and now bond yields rising, one wonders for how long this can continue. The bottom line is that economies and thus markets have become – by the compelling and demand of developments and circumstances – far more centrally dependent and directed, if not centrally controlled; something that may not accord with the principled free marketeers. It would seem that the encroachment of a more centrally influenced  and centrally controlled economy and markets has happened almost surreptitiously, making a case for an inflection point.

We are walking a tightrope. 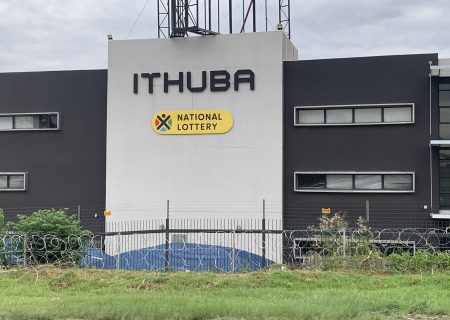