Rising costs of debt could see companies failing to complete projects, with some eventually facing bankruptcy.
By Chris Bennett 12 May 2017  10:00 South Africa’s downgraded status by international agencies is likely to have significant impact on the construction industry as the cost of credit rises, particularly in existing contracts. As a result, the already high risk of non-payment is set to escalate further.

The first to feel the pain of more expensive credit will be the employers as lenders raise interest rates. This places pressure on employers to fund their projects and reduces their returns. The fact is that there are not many projects built from the employer’s cash reserves, and this will mean that more expensive credit will be a widespread blow.

State construction projects are likely to be the first affected, ranging from municipal projects and reaching all state-owned enterprises’ projects. Already, the controversial nuclear build has been placed in doubt on account of the affordability factor. However, other infrastructure projects are also being placed on hold, including those in crucial areas such as water infrastructure.

Aside from delaying or blocking new builds, the effect on employers already engaged in projects is significant. They must keep funding them, cancel or suspend them, with the associated results of doing so.

I see many matters where employers are not able to pay their contractors either on time or at all. This places many contractors in difficult positions, as most will be unable to finance a project beyond 30 days. Those contractors then also take out loans to keep funding the works in anticipation of payment.

Most at risk are the smaller to medium enterprises, which is particularly devastating for development.

Non-payment or very late payment of contractors is already a problem, particularly in the public sector. I’ve come across contractors simply being told by state entities that there is no money left to pay them, and anticipate seeing more of this as a result of our junk status.

Unfortunately, I also anticipate seeing more business rescue and insolvency proceedings in the construction sector. Making sure one has contracted with a party which can pay (as a contractor) or finish the job (as an employer); and that the contract has sufficient protections, has never been more critical.

Despite being out for comment for a number of years, regulations to ensure prompt payment and rapid dispute resolution have not yet been promulgated. The absence of the regulations, however, does not mean that contractors are without rights. So long as the contractors have complied with their contracts, they should be in a position to make and prosecute their claims.

Parties should not be afraid to exercise their rights and pursue the contractual dispute procedures, judgment for payment certificates, make demands under guarantees, or even terminating the contracts and proceeding to recover damages.

Importantly, payment of certificates or demands under guarantees, and which are not paid, can be recovered legally quite rapidly from a legal perspective. Once judgment is obtained, execution against assets may proceed to recover the debt.

In general, Junk Status translates to:

Higher price of debt and debt maintenance.
Higher debt maintenance means higher payments and more funds flowing out of a country.
More funds flowing out of a country means that Balance of Payments is affected.
Balance of Payments and increased risk translate to a weaker currency.
A weaker currency results in higher prices for imported goods and services, and adds to the debt maintenance burden.
It becomes more expensive to raise capital and debt for both govt and business.
This translates to lower economic growth and increased poverty as govt is unable to source further funds (without great expense and risk) and businesses are unwilling to take on further risks.
The amount of tax collected falls as economic growth falters, unemployment rises, and investors look elsewhere for better returns and less risk.
Lower economic growth and increased poverty result in higher levels of illiteracy and crime.

Junk status is not just a useful word to throw around to try get rid of Zuma, it has real implications that are very negative and will hurt everyone. I just wish our political elite would realize the seriousness of the situation. This is not some western concept to try make Africans look bad, it is a global measure of risk and governance. The poor will be the most affected at first, but the effects will quickly spread to all echelons of society once the rot takes hold.

I don’t like being a Prophet of Doom 😛 but this is what history teaches us. The group will now be taking on the likes of Ackermans, Pep and Mr Price with its more than 400 new stores. 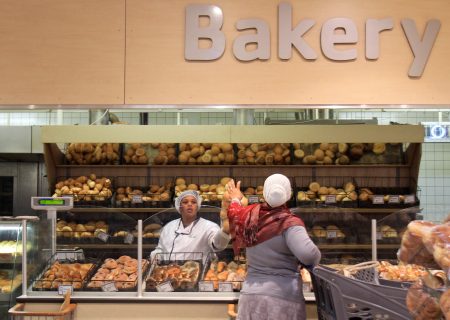 Private labels are starting to feel the love

Unemployment is worse than the official figures state