Why government is being sued 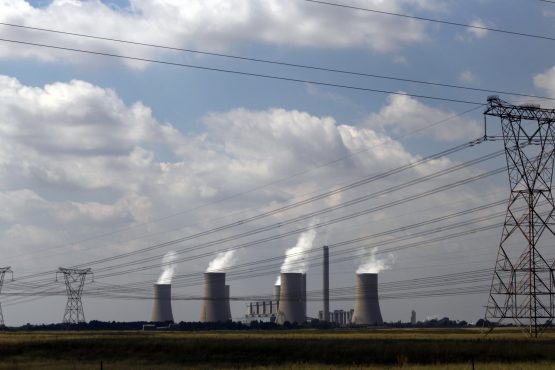 Life expectancy impact: between them, the three worst offenders – the Lethabo (pictured), Kendal and Kriel power stations – were found to have contributed to between 137 and 297 early deaths in 2016. Image: Supplied

A study into the impact of pollution emitted by Eskom, Sasol Synfuels and National Petroleum Refiners of South Africa (Natref) has provided evidence of the harmful effects these organisations are having on the environment, human health and life expectancy.

The study is included as expert evidence in court papers served on Friday June 7 on the President of South Africa, the Minister of Environmental Affairs and the National Air Quality Officer, in a High Court action aimed at getting the minister to do her job.

The evidence drives home the state of affairs in the Highveld Priority Area, a 31 000 km2 chunk of the country – bigger than Belgium – cutting across Gauteng and Mpumalanga. It was declared a ‘priority area’ in terms of Air Quality Act by then minister of environmental affairs and tourism Martinus van Schalkwyk on November 23, 2007.

Government has been thrust into the spotlight for allowing this to happen.

This means all eyes will be on newly-appointed Minister of Environment, Forestry and Fisheries Barbara Creecy, who has been in the role for less than two weeks (the position was previously held by the late Edna Molewa and more recently by Nomvula Mokonyane).

I was commissioned by the Centre for Environmental Rights (CER) to conduct an air pollution dispersion model and health risk assessment for 14 industrial facilities located in and around the Mpumalanga Highveld Priority Area (HPA) – 12 Eskom coal-fired power stations, the Sasol Synfuels chemical facility and the Natref refinery. Important results from the modelling and health risk assessment include:

If the 14 facilities were required to comply with the Minimum Emission Standards (MES) developed in terms of the Air Quality Act 39 of 2004 that will go into effect in 2020, this would reduce early deaths by 60%, preventing between 182 and 388 early deaths in and around the HPA every year.

Cumulative emissions from the 14 facilities created acute exposures in 2016 that exceeded World Health Organisation (WHO) guidelines for daily or hourly averages for all pollutants.

The highest 24-hour average exposure of PM5 was 45 µg/m3, nearly twice the WHO guideline of 25 µg/m3. These conditions occurred around the Kendal, Kriel and Duvha power stations.

The highest 24-hour average exposure of sulphur dioxide (SO2), a dangerous gas emitted through the burning of coal and certain metallurgical and petrochemical processes, was 241.4 µg/m3 – over 1200% of the WHO standard of 20 µg/m3.

The highest one-hour average of  nitrogen dioxide (NO2) – another dangerous gas emitted through the aforementioned processes – was 2020 µg/m3, over 1000% of the one-hour average standard of 200 µg/m3.

All of the 120 sensitive sites (primarily schools and hospitals) analysed in the model exceeded the WHO’s 24-hour average SO2 guideline (20 µg/m3) in 2016 due to emissions from the 14 facilities.

Unhealthy, acute exposures to NO2 occurred at 28 of the 120 sensitive sites in 2016, exceeding the WHO one-hour NO2 guideline concentration of 200 µg/m3.

The worst acute exposure was at Camden Combined School, at 1079 µg/m3.

The 14 facilities are responsible for the lion’s share of air pollution allowed by national air quality limits.

In 2016, emissions from the 14 facilities accounted for:

These levels of contribution indicate that ambient air quality standards cannot be achieved without reducing pollution from these sources.

Given the hundreds of other sources of air pollution in and around the HPA, particularly PM and NO2, these 14 facilities contribute alarmingly high – and relatively easily reducible – percentages of national limits.

If these sources were to comply with the 2020 Minimum Emission Standards, their contribution to ambient air pollution would substantially decrease, accounting for:

Major reductions of SO2 emissions from the 14 sources are necessary to reduce the high levels of secondary PM5 (from sulphate particles) contributing to PM2.5  National Ambient Air Quality Standards of South Africa (Naaqs) exceedances in and around the HPA.

The 14 modelled sources are responsible for substantial PM5 exposures across at least 30% of the entire modelled area.

If the sources complied with the 2020 MES, the area exposed to relatively high concentrations of PM2.5 would be completely eliminated, resulting in healthier air for the large populations in Johannesburg and Pretoria.

For anyone who hasn’t personally experienced this ecological disaster, I suggest a drive along the N12 during the dry winter season – the situation is truly a nightmare.

Satellite data that was analysed by Greenpeace in 2018 showed that Mpumalanga was the world’s largest Nitrogen Dioxide (NO2) hotspot across six continents. Another “record” for SA.

The underlying assumption is that the state cares about the well-being of it’s citizens. It does not. The dolts running this country only care about lining their own pockets. Taking them to court will not change that.