Spare a thought for the Davis Tax Committee 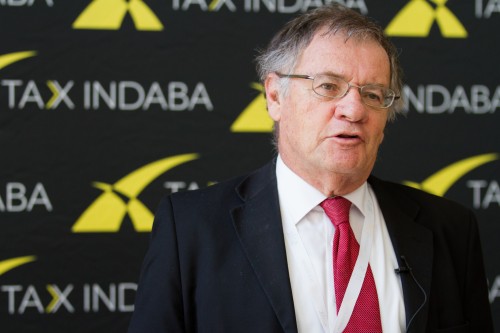 Spare a thought for Judge Dennis Davis, head of the committee that was tasked with a comprehensive review of South Africa’s tax system.

After almost five years, his committee announced in April that it was concluding its work. Two weeks later, finance minister Nhlanhla Nene appointed an independent panel of experts under its supervision to review the list of 19 VAT zero-rated items.

Davis has had to come to terms with a lot of changes over five years, not least of which a tumultuous political backdrop and musical chairs at National Treasury.

More importantly however, has been the seesawing of economic growth figures. At the time of the committee’s appointment in 2013, real GDP growth – although not shooting the lights out – was still north of 2%. By 2016 it had deteriorated to a mere 0.3%. In an interview towards the end of 2016, Davis admitted that the deterioration in the economic backdrop had created “serious challenges”.

While the committee’s mandate (“to inquire into the role of the tax system in the promotion of inclusive economic growth, employment creation, development and fiscal sustainability”) is academic in nature, the implementation of its recommendations has often been a tug of war between idealistic plans and an immediate need to balance the books. Not to mention the background (foreground?) noises from politicians campaigning ahead of the next election. And then there is the ongoing challenge to strike a balance between the growing tax burden of a relatively small number of taxpayers and the significant needs of poor and unemployed South Africans. It is also against this background that the committee investigated the feasibility of a wealth tax.

Amid pushback against the VAT increase, Treasury has been at pains to emphasise that the hike is the best course of action to get the fiscal situation back on track, which would be beneficial to the economy and the poor in the long run. Effectively, Treasury’s choice was simple: increase the VAT rate or risk full-blown junk status.

Such was the pressure that even though this was a politically unpopular move, the hike was implemented, even before the committee presented its final VAT report to the minister in March. Considering that a one percentage point increase in VAT was arguably the most effective way to raise significant amounts of revenue, this option should ideally have been left on the table to fund large projects such as the National Health Insurance or free tertiary education, but Treasury was caught between a rock and a hard place.

In its final VAT report, the committee noted that it was not convinced the current zero-rating of certain items was the best way to provide targeted relief to poor households, but conceded that it would be difficult to scrap it entirely.

“At best, it may be appropriate to consider only retaining those items that more clearly benefit the poor households, such as maize meal, brown bread, rice and vegetables, while withdrawing those items more clearly consumed by the more affluent households, such as fruit and milk. The strong recommendation of the committee is, however, that no further zero-rated food items should be considered,” it said.

Against the background of this recommendation, and National Treasury’s expectation that the independent panel should review zero-rated items within the confines of the current fiscal framework (suggesting that any further spending would have to be reallocated from existing budgets) the panel doesn’t have much wiggle room. Moreover, it only has a few weeks to complete its work.

Chris Axelson, director for personal income taxes and saving at National Treasury, previously warned that the effectiveness of the VAT regime would be undermined if there were too many zero-rated products as it would reduce revenues. It could also potentially create a situation where the VAT rate had to rise even further.

“It creates difficulties in the system when you have more and more zero-rated items.”

Yet, Treasury recognised that poor households were negatively impacted and that an independent panel should look at the zero-rating.

But despite the on-going work of the Davis Tax Committee, it has become prudent to ask how government will remain within the confines of the projected expenditure set in the budget, particularly as economic growth remains weak while public sector unions are demanding above-inflation increases. While one should expect trade-offs between the committee’s recommendations and what is eventually implemented, it is no use to craft careful plans on the revenue side, if expenditure is not contained.

This is particularly important against the background of a deterioration in tax compliance and concerns about tax morality. As one financial planner recently said: Most South Africans will come to accept a higher tax burden if corruption and wastage are addressed and service delivery improves.

As political infighting persists inside the country’s largest political parties ahead of a national election in 2019 the question has to be asked: What can you reasonably offer your constituency if you don’t have the money to pay for it?

In the words of Republican politician Stephen Bloom: “Economics is to politics as gravity is to jumping”.

You cannot transform off the back of failing entities and that includes the state.
That the ANC has such a culture of corruption has killed most prospects for sustainable transformation, therefore, the most difficult part of tax reform is that there is no more room left to play and any further taxing of those that create value risks killing the golden goose good and proper.

Less politics and more pragmatism please Judge Davis, which may not be possible.

Diddums to Davis and his motley ANC Moloch-serving minions. My cup of sympathy runs dry. My cup of contempt runneth over.

I am of the opinion that Dennis Davis is not an honourable person. Either he is not honest or not very smart. Davis is on record as stating that capital gains tax is not a wealth tax but an income tax. This is an outright lie.

In 1968 my father earned R400 per month. Gold cost $35 (about R30) an ounce, petrol 5c a liter and the rent R80 on a 4 bedroom house. Some simple calculations will tell you that inflation has ravaged the rand. What cost x in 1968 now costs 200x. The government has destroyed the currency.

My swaar sold his modest 2 bedroom flat recently for 3 bars. It has reached the point where simple dwellings are now attracting CGT due to the massive ongoing CURRENCY DEBASEMENT. The goal of the ANC is to impoverish the middle class through brutal wealth confiscation via capital gains taxation wrought by inflation of their own doing. Davis is merely a minion in service of his ANC masters. There is no legal refuge for wealth preservation left in SA. Get out when you can.

Agreed 100% Richard but the goal of the ANC, helped by dishonest Davis and his fellow carpetbagging travelers, is to enrich themselves as much as possible.. If this happens to ” impoverish the middle class” they care not one jot as these are not the voters they need to mollycoddle. The spurious reasons given by venal kapo’s like Davis for continually increasing the tax burden on the middle class are, like racism and WMC, just distractions to divert attention away from the wholesale looting.

As Donald Trump so definitively proves, being a TV talk show host is not qualification for anything except being a talk show host.

Davis, like many ANC deployees, was compromised before and — as his committee’s long practice of ignoring the shenanigans, malpractices and counter-productive actions at SARS substantiates — remains so. The decline in “tax morality” began with SARS, Treasury and the Tax Commission; taxpayers have merely reacted accordingly.

South Africa’s dark little secret is that — thanks to Corruptheid — it has run out of Other People’s Money and cannot continue financing the belly politics (self-enrichment) and bling of the nomenklatura never mind fixing the wrongs of the past and aiding the needy. The 1% VAT hike, now hitting the same people as those who vote ANC, instead of their class enemy only, is the Best Thing that could have happened to SA. Lamprecht’s last sentence being particularly apt. ‘The world wasn’t ready for the Covid-19 pandemic. I think next time will be different.’