The fundamentals of executive pay – how does it work?

Package and incentives play a vital role in the attraction, retention, and motivation of executives.
By Bryden Morton and Chris Blair 13 Jun 2022  11:07 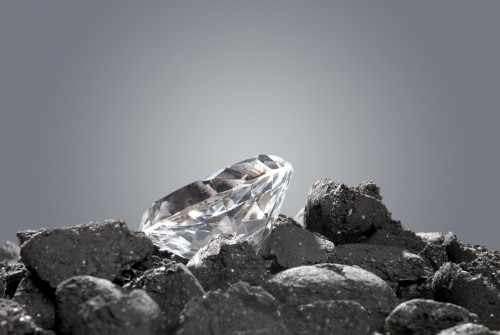 Long-term incentives tie the fate of a business to the remuneration of an executive, for better or worse. Image: Shutterstock

Executive pay attracts a lot of attention and usually for contentious reasons.Whether it is an absurd looking quantum being paid out or a bonus that has triggered a payout at a time when the company is experiencing difficulty, these types of events frequently make headlines.

The story of the quantum that is paid out is often told without the history of how it was accrued, which in itself would only reveal part of the story. That is not to say that irrational payouts should not be scrutinised as a matter of public interest, but rather that we should evaluate the payout against the design principles [to get to] the full story.

Each of these elements plays a vital role in the attraction, retention, and motivation of executives.

TGP is the value of the guaranteed portion of pay and does not have pay conditions attached to it.

It is the minimum salary that can be earned even if STI and LTI are zero. This serves as an attraction tool for companies as the executive can plan a certain level of safety around their finances by knowing the minimum they will receive even if the company experiences poor performance.

If the STI and LTI are well designed, the fulfilment of these KPAs and their KPIs should translate into economic value for the executive.

This is a remuneration element that seeks to link the performance of the individual to the performance needs of the company, typically for a period of 12 months or less.

These tend to be cash-settled but may contain a portion of pay that is deferred (paid out at a later stage) as cash or shares.

This deferral can be seen as a medium-term instrument that adds to the retention proposition for the executive as they will typically not walk away from these deferred payments if they have not yet reached their exercise/settlement date.

The deferral also allows the company to claw back STIs awarded if there is any type of malfeasance that arises before the deferred amounts are settled.

This is quite possibly the most contentious element of executive remuneration as these payments can not only accrue over time (if they have vested but not been exercised) but are often paid in shares and can lead to unintended consequences if the share price soars or drops.

The version of this that typically finds its way into the media is a bulk sale of shares (probably at a very attractive price, otherwise the executive wouldn’t sell) accrued over a number of years that results in a quantum that is reported correctly but the interpretation by the public is that it was accrued in a single year – which is often not true.

This portion needs to be an attractive portion of the overall remuneration mix if it is to be effectively wielded as a tool that motivates executives to focus on the long-term goals of the company (and, via the payout, their own goals).

What should be considered when setting executive pay?

This article has so far focused on the executive and how the pay mix is meant to influence them, however, broader stakeholders such as other employees and society must be taken into account when setting the remuneration policy and design.

Attracting the right calibre of executive is important but not at the expense of alienating the rest of the staff and society at large, particularly in a country like South Africa which has one of the most unequal distributions of income in the world.

A common explanation offered when share schemes explode as a result of rampant share prices is that the executive is benefitting from the company’s, success but can that success be attributed to the executive?

A good example is the current high gold and oil prices that will lead to increased revenue in these industries if the same level of product is sold. These global conditions have nothing to do with any executive, but executives will benefit from them.

The converse is also true, for example when markets crashed at the start of the Covid pandemic.

Perhaps the answer is the implementation of a maximum price that any share issued under an executive share scheme can reach?

For example, if executive X receives shares at a price of R1 per share, perhaps a cap of R3 per share could be put in place at the point of sale so that even if the share price reaches R10, these shares are still only redeemable at R3 (this would require a company buyback or similar rather than transactions on the open market, but the mechanics of such a transaction are beyond the scope of this article).

Read: Institute of Directors weighs in on the ‘dilemma’ of executive pay

It is of vital importance that the most influential roles in organisations are held by capable, skilled and responsible people. For this reason, attraction and retention play a significant role in ensuring that the business is able to operate optimally.

However, alienating staff to attract and retain an individual is not a sustainable solution as it can lead to reduced performance at staff level due to perceived unfairness, and this can spill over into the public domain.

Executive packages should be set up in such a way that they are externally attractive to bring the skills in, achievable to motivate the executive to achieve the organisational goals, and fair and responsible so that the remuneration package does not alienate staff and the broader stakeholders such as the public.

These are the principles promoted by the King IV Report on Corporate Governance, but public opinion is that some organisations have a long way to go in achieving them.

Bryden Morton is executive director and Chris Blair is CEO at 21st Century.

The bulk of pay is typically by of share schemes, which costs the shareholders by dilution.

As a shareholder I will gladly reward outperformance – if the team performs better for me in our share price than I would have done elsewhere. That is however not how things work. A rising tide lifts all ships.

What would be fair both directions is relative stock options. So say the share is Shoprite. Set a strike price that combines the ruling price of Shoprite, Woolworths, PicknPay, Massmart and whatever else are the peers I had a choice from within Retail.

If Shoprite is down 10% in a market that is down 30% the hired help still score. However if the market is up 30% and Shoprite only 10% then quite rightly the hired help do not benefit from their relatively poor performance.

This is an excellent proposal from a pragmatic perspective! Not so good from the shareholders’ perspective though. They would demand that the director shares their pain in a bear market, even while it is not within his power to control markets.

good hired help always perform relatively better than their peers. Less worse in a bear market, even better in a bull market.

At present in bear market, the static strike price would any event give the hired help zero return. Confident hired help should jump at relative stock options – unless they don’t want to be measured against their peers.