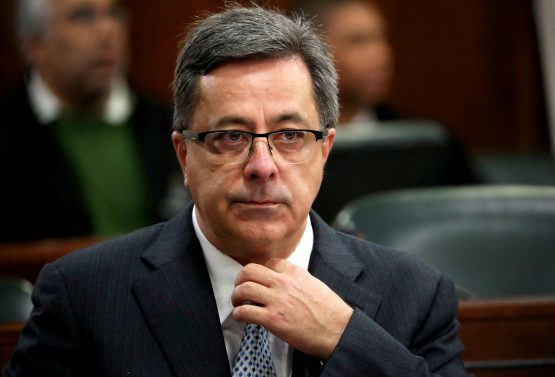 Steinhoff's auditor fees are not even 20% of the €238m in exceptional expenses incurred by the group since former CEO Markus Jooste resigned. Picture: Mike Hutchings/Reuters

An astonishing R3.75 billion – that’s how much Steinhoff International has spent on auditor fees and fees relating to the forensic investigation, advisory and restructure of the business since what is euphemistically referred to by the group as the “December 2017 events”.

That equates to a run rate of R11 million per weekday.

The vast majority of this – €199 million – has been spent on advisory fees for services rendered to both the company and its creditors as well as on the forensic investigation and technical accounting support.

* Euro fees converted to rands using the average exchange rates for the periods to get to the figure of R3.75 billion.

Read: Hawks to hire outside auditor for Steinhoff probe

Deloitte remains the group’s external auditors, and the firm, as well as its affiliates, have been paid a total of €19 million in fees in the 2017 and 2018 financial years. Deloitte Accountants BV, its auditors, were paid only €1 million and then €4 million for the audits of Steinhoff and its subsidiaries in those two years respectively.

The auditor fees are not even 20% of the €238 million in exceptional expenses incurred by the group since former CEO Markus Jooste resigned abruptly on December 5, 2017.

At that point, the supervisory board appointed Werksmans to engage PwC to conduct an independent forensic investigation into “accounting irregularities”. PwC delivered its forensic report – reported to be 3 000 pages in length – to Werksmans in mid-March 2019.

The contents of the report remain confidential. Steinhoff provided the market with “an overview” of the report on March 15, 2019.

Also in December 2017, Steinhoff appointed Moelis & Company as “independent financial advisor to support and counsel the group” on discussions with lenders. AlixPartners was appointed as “operational advisor to assist the group on liquidity management and operational measures”. Steinhoff also appointed Linklaters LLP to “advise on restructuring and legal matters”.

In its 2018 annual report – published in June 2019 – the group says that “as a result of the December 2017 events, it has been necessary for Steinhoff to engage a wide range of professional advisors to assist it with its investigative, legal, financial and regulatory requirements as it seeks to stabilise and restructure the group. The scale and complexity of this task has meant that the aggregate advisor costs for the reporting period have been substantial”.

“In addition, as part of the restructuring process the group is required to pay the advisor costs of each of the respective creditor groupings”, including:

In the unaudited half-year report for the six months ended March 31, 2019, published on Friday, Steinhoff says that the costs of the financial restructuring process, “both in terms of financial resource and management time, continue to be substantial, and they have had a significant impact on our reported results for the period”.

The €82 million in expenses is substantial. Consider that earnings before interest, tax, depreciation and amortisation or Ebitda for its entire (remaining) Europe and UK business, comprising Pepkor Europe, Conforama, Lipo, Abra, the UK operations and its European properties unit in the same period was €161 million.

The management board says that “while every effort is made to limit costs, we expect this to remain our reality for some time”.

I’m pretty sure they are just looting the firm knowing that it is likely to flop.

Effectively kicking the investors while they are down.

Looting is the operative term here.

I suggest a class action against Deloitte’s, Werksmans and all ‘advisors’ to Steinhoff for past decade – – they certainly did not act in good faith and owed a duty of care to the shareholders/investors.

I would think this bunch of incompetent advisors should have sufficient PI cover to settle the damages suffered.

What AMAZES me, is they are STILL involved – the chappie at Werksmans who was intimately involved pre-crash is now the CEO at enormous cost. I believe he has a cushy position waiting for him at Werksmans when this is all over and he has helped push Steinhoff further into the ground.

Funny how the same auditing profession that missed the entire fraud is the one benefiting most alongside lawyers.

“Effectively kicking the investors while they are down.”

No one is kicking the investor, they are doing it to themselves. This company is viable we see the businesses operating, two years after the scandals,in these economic hard times the investor will suffer solong as they treat this share equal to the scandal, only the advisors and the auditors will gain.

Those who are quietly buying these shares will laugh last when this perfect storm is over and quiet… Watch this space.

Good Africa response as always -always blame somebody else.

SA must be the feeding ground of note for these hyenas.

Well we know for sure the losers are Regulation 28 Compliant pension funds.

Like the Zondo commission it takes time and money to sort out a big mess, best to do it properly so one can move on! Once the “tsotsis”” are in jail, the company and the country can move forward without anything holding us back! Clean it up for good, we don’t want to go back later and do more cleaning, otherwise we can never ever move forward with this bogy on our backs! The biggest corporate fraud in SA history will probably cost the most to sort out, but looking at their latest financial report there is a will to sort it out, and for that unfortunately we need lawyers and auditors!

Lawyers and auditors – being part architects of failure should be debarred.

saveSAagain wrote ‘Once the “tsotsis”” are in jail’

Will read this one to my kids tonight

It is expensive to come up with the “right” version of the truth i.e. one which may stand up in court.

Write something negative against WERKSMANS and DELOITTE’s – – – and MW will sensor you!

And if you hit too close to the nerve, your comments are censored

Free speech is more like ‘Sponsored speech’ these days unfortunately

SAICA needs to be restructured in SA. I lodged a complaint against our financial director. SAICA then refused to investigate until our arbitrator has reached a verdict since they want to use that report to investigate. With respect what a lazy and reckless approach. And how can their investigation be impartial and independent if they want to use the findings of an arbitrator to determine whether to investigate. The arbitration can take years whilst there beloved member is free to loot. Further, SAICA wants the arbitrator to do the heavy lifting. In SA in particular, CA(SA)’s and lawyers are the most overpaid profession. They really overvalue the value they really add to this economy.

SAICA will as per usual do nothing. Oh no wait, they’ll probably up next year’s disciplinary levy (yes, you read this correctly) to 20%

Viceroy, consisting of so called “idiots and plagiarizers” reached more informative findings than PWC. Could not believe my eyes when I read the dribble findings. What about Danie Van Der Merwe whom happened to take out a loan days before to become a forced seller. Result: Danie Van Der Merwe and Markus Jooste sold at R14.00 not R2.00. I also wonder if all shareholders are treated equally and whether Wiese has a full copy on his desk as we speak.

And the shareholders will get squat.

I’m reminded of a wounded whale being chomped by great whites, at least the creditors will get the skeleton. The shareholders will each get a nice letter from the Liquidators to light their fires with. Jooste and his fellow journeymen-gangsters will sip martinis in Barbados and CEO Du Preez (R30 m per annum!!!) and the current management will make an absolute fortune

What are the directors doing if they pay so much for advisory fees – shouldn’t they be capable of sorting out the mess themselves? Otherwise just appoint an advisor to the Board.

The advisors etc score big but the winner is Markus Jooste.

I.M Peter Feddersen and my report about Markus, Bruno, Norbert, Frikkie,Stehan and Claas will be released shortly.

Based on what I can proof all of them must go behind bars.

For the last time. How is Louis du preez “intimately” involved pre-crash as stated below? He was appointed in December 2017 for the first time.

Not sure why I’m surprised at the lack of quality on these comments. Sometimes a paywall is needed.

A few individuals messed this group up, why would you want to see it fail now? More than 100k jobs at stake.

Well certainly one argument is the fact that according to Fin 24 “Remgro
Investment holding company Remgro’s CEO JJ Durand earned a fixed salary of R13.3m, his total salary amounted to R13.9m.” Whilst Remgro is a sterling company which has been around for decades and is profitable it begs the question why the CEO of a company hovering on bankruptcy should earn R30m p.a.

One CEO Louis du preez is remunerated in Euros and Remgro in Rands. You cannot convert currencies and compare. It’s not that simple.

I totally understand where you are coming from and share the idea that CEO’s are overpaid. However, 30m is not where steinhoff’s issues lies. That’s such a small amount, and I still believe compared to other companies, no one wants this job. So in a sense he “deserves” the pay.

No one made such a fuss when Maria Ramos was earning massive amounts at ABSA, she was the definition of average.

The anger is misguided on Steinhoff. All efforts should be too jail jooste and every single accomplice! Only then will corporate SA start seeing changes.

Was wondering how these folks at Delloite campus manage to afford Mclaren 720s – now I have the answer.